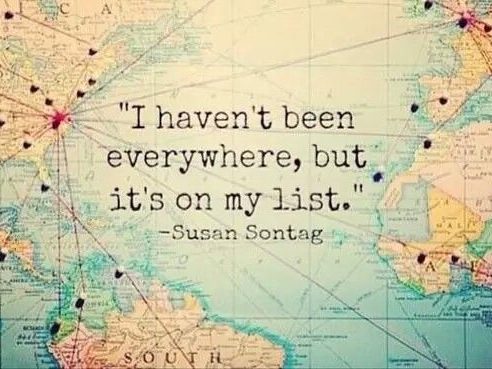 I hardly consider myself a great world traveler, but I have been to a lot of places considering I got a late start. Until my sophomore year in college, I’d been to a total of six states. Now I’ve been to all 50 states, eight Canadian provinces, one Mexican state, and 22 European countries.

When I took my first overseas trip in 1989, there was no such thing as a worldwide web, and so no such thing as a blog. And I didn’t start journaling on my travels until my Alaska trip in 2003, when I brought along a notebook and wrote as I went. I later transcribed that journal into my blog, but that’s the first trip represented by blog entries. But writing about travel didn’t become a habit until 2009, when I went to Italy, my first independent European trip, and created a dedicated Blogger blog. I did the same thing for my 2012 Nordic adventure. Later, I pulled all the posts together into one blog, and “Going Places” was born. I was still using Blogger until May 2017, when I started this blog on WordPress.

Here are the real journeys I’ve taken or will soon be taking, both before and since I started blogging. (If you want to skip directly to the pictures, you can find links to all my online photo albums here.)

Esoterics Tour to Ireland and the UK 2000