As I write this (January 31, 2019), it both pains me and delights me to realize that retirement is not far off.

I’ve always assumed I could find the ideal retirement location in the United States. I like a climate that’s not too hot and humid, a place with lots of activities to participate in, and easy access to an airport from which I can travel around the world in not too many stops.

But political and economic circumstances have led me to seek a retirement destination elsewhere. The challenge is to find a place that ticks all the boxes and also welcomes expats. So many of the places I have traveled would be ideal, except they are either very expensive or very difficult to emigrate to.

When I traveled to Mexico in December 2017, I fell in love with the country and the people. But there are challenges: I don’t speak Spanish, and it’s hot in Mexico.

Then I learned about Ajijic. And I decided to check it out. So I went down there earlier this month for a week.

I took a red-eye flight from Seattle to Guadalajara on Volaris (a low-cost Mexican airline that has the only direct flights on this route but that definitely reminded me that you get what you pay for). I hired a local guide (via ToursByLocals) to pick me up at the airport, give me a tour of Guadalajara and Tlaquepaque, and deliver me to my Airbnb in Ajijic. Then I spent six nights learning about Ajijic and trying to determine if it’s where I will retire.

Stay tuned to find out what I decided.

Off to Mexico Again (1/18/2019) - My last trip to Mexico was just over a year ago. Now I’m going back, to a different place and for a different reason. I’m currently at SeaTac waiting for my flight to Guadalajara, and I’ll be spending six nights… more…

Guadalajara Guadalajara (1/22/2019) - Flying to GDL I was very happy to discover that Volaris flies nonstop from SeaTac to Guadalajara’s Miguel Hidalgo y Costilla International Airport. But next time I come down here, I might just decide it’s worth making a connection. First, many… more… 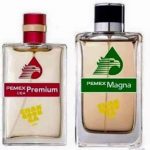 A story about Mexico that’s also about me (1/22/2019) - I have been thinking a lot about the situation here in Mexico that has led to long lines for gas and an explosion killing 90-some people in the state of Hidalgo. The part about Mexico I have no idea how… more…

Impressions of Ajijic (1/23/2019) - I’m conflicted I have been struggling to come up with words that will accurately reflect the various conflicted feelings I am having. When I think of uprooting myself from my life in Seattle and the USA and moving to a… more…