Ljubljana wasn’t even on my radar before I started seriously planning my trip.  But the more I read about it, the more excited I am to spend some time there.  It seems to be both a great city to see and a great base to explore from.  With three nights, that’s really just two days, so I’m figuring one day to see the city and one day to get out and see the surrounding area.

Here are some of the highlights I’ve read about in Ljubljana.  (I realize I’m including photographs that will later be duplicated by the photos I take when I’m actually there, but this is whetting my appetite, so I am okay with that.)

I suppose all European old towns are sort of similar, but I love them because they’re older than pretty much anything in the United States.  And they are always great places to just wander, with something new to charm the senses around every corner.  They can be overrun with tourists, but since I’ll be there in early May, the beginning of shoulder season, I’m hoping it won’t be too bad.

On top of Grajska Planota (Castle Hill) is Ljubljana Castle, dating from the 1100s, almost 900 years ago.  It was pretty much destroyed and rebuilt in the fifteenth century, but that’s still really old. It was mostly in ruin until a major renovation took place over three decades in the late 20th century. There’s also a funicular railway, built in 2006, that goes up to the hill. And there’s a tower with spectacular views. 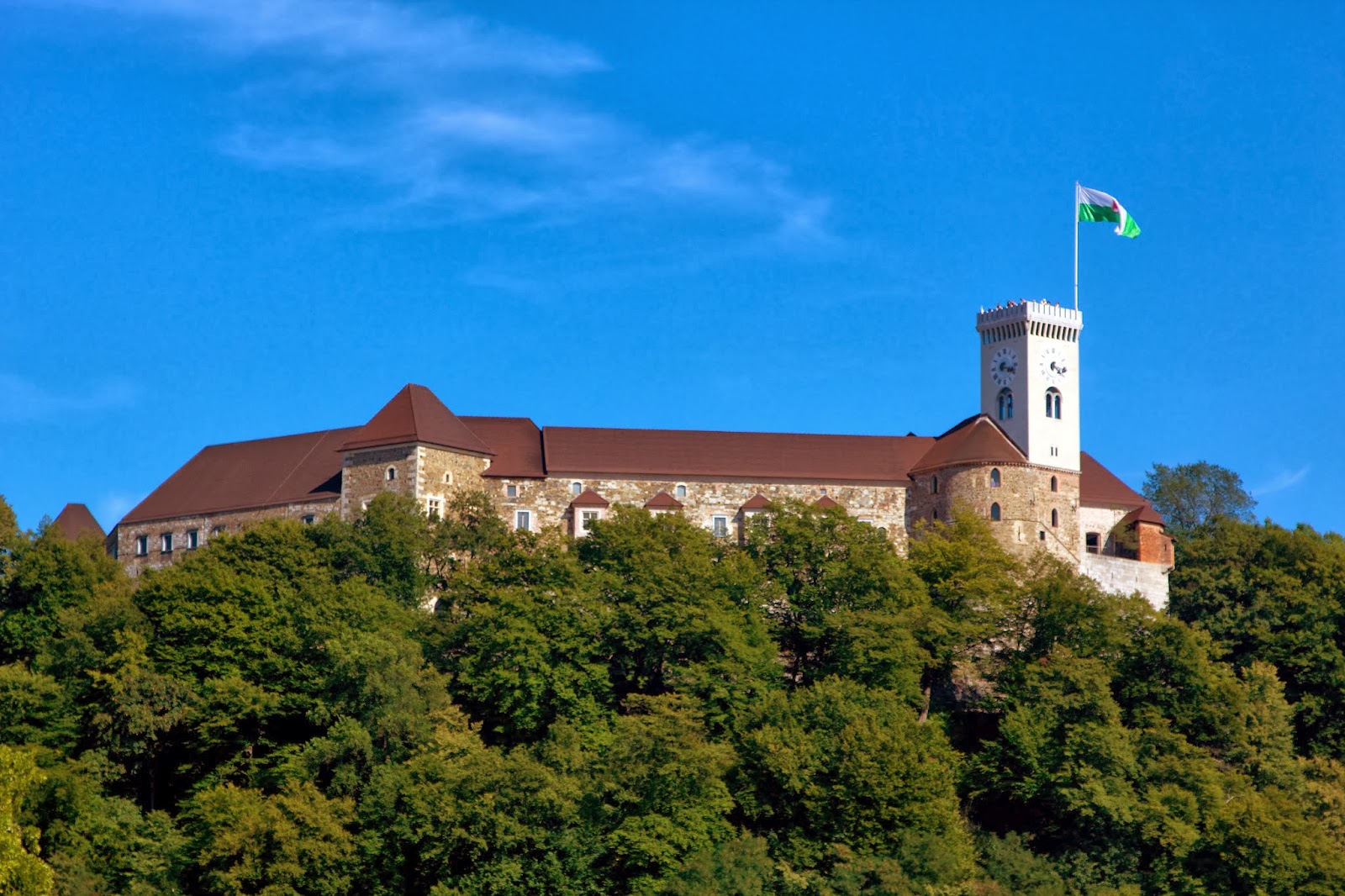 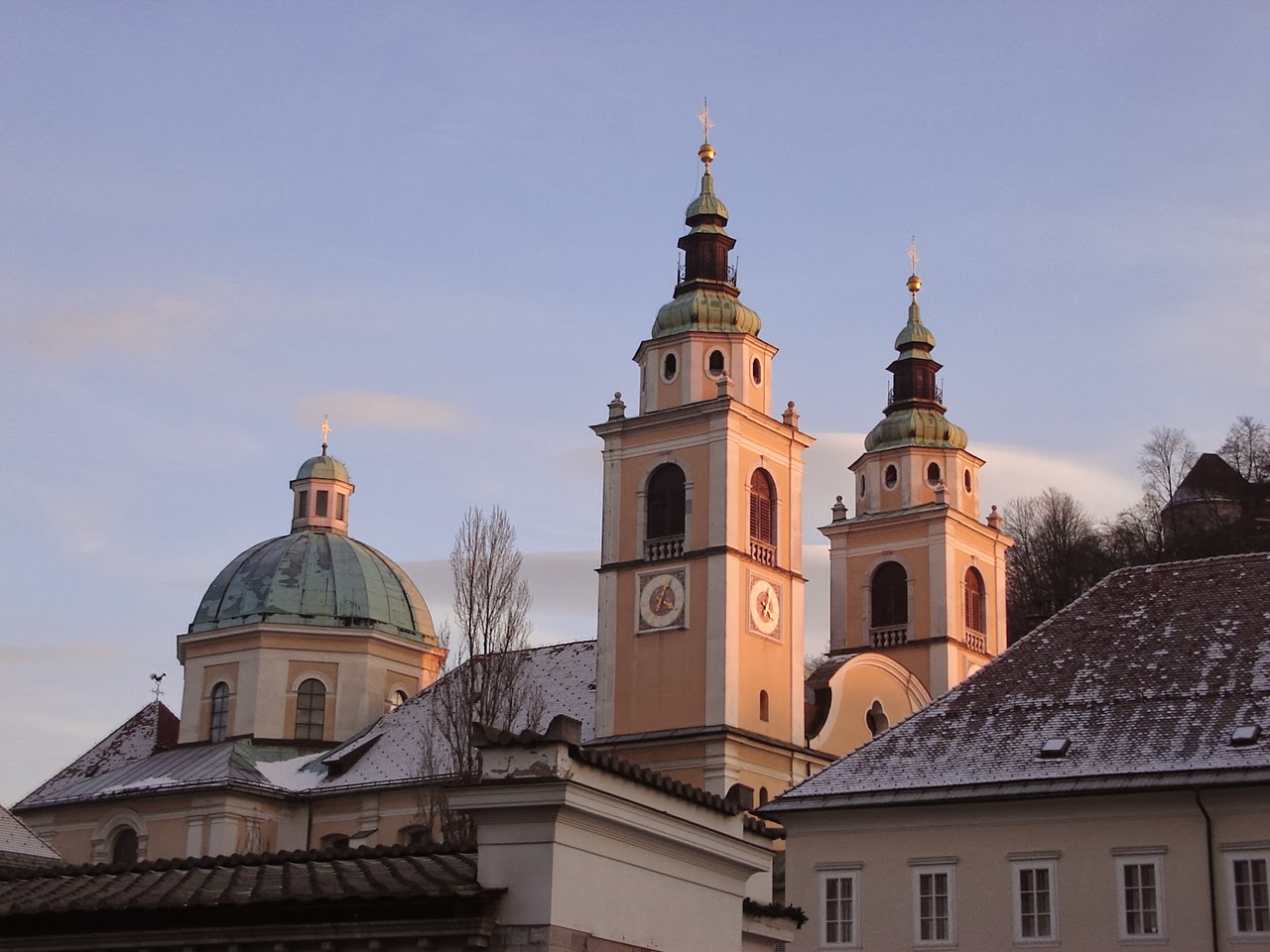 The Franciscan Church of the Annunciation was built in the mid-seventeenth century. 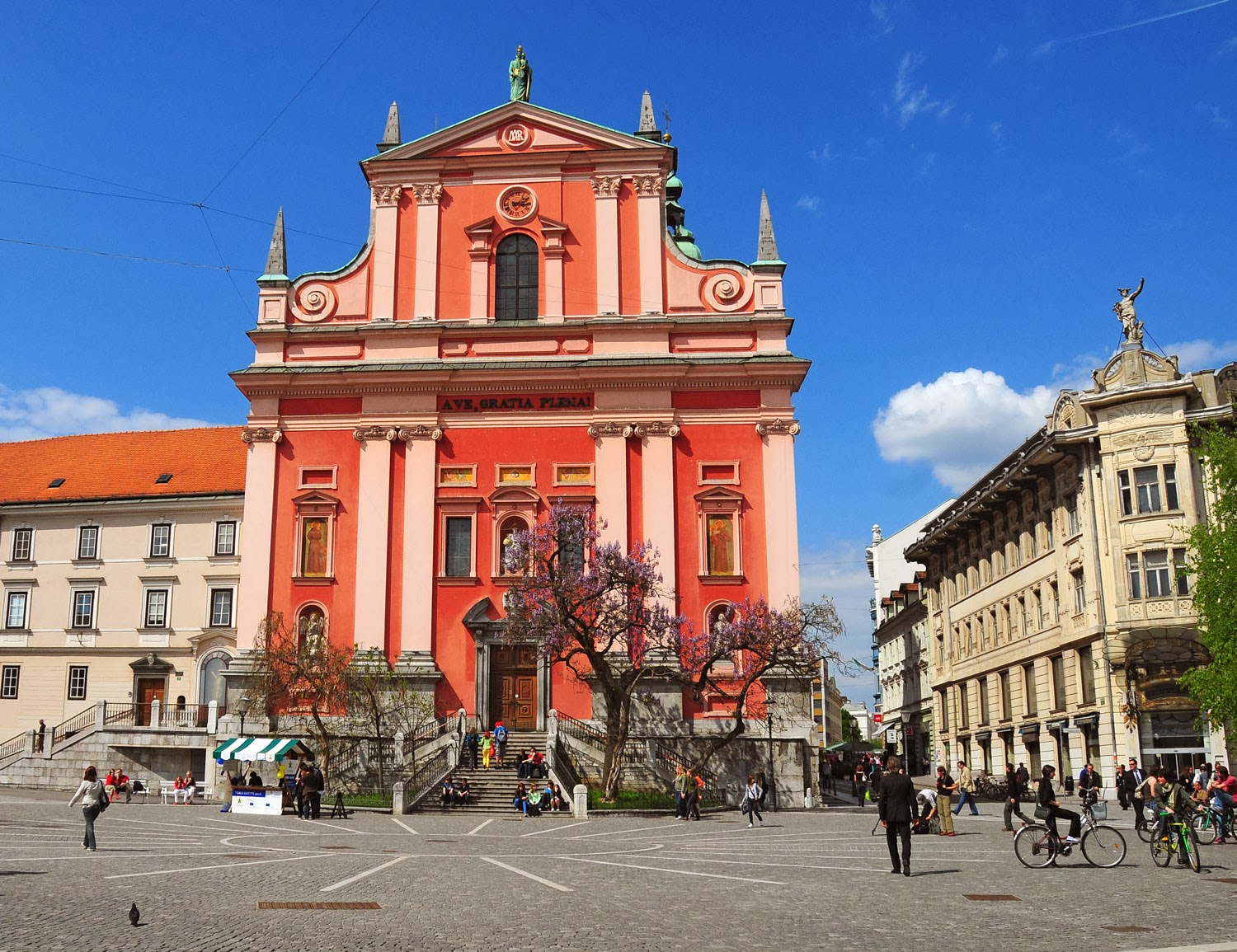 Ljubljana also has a number of museums, churches, and parks, so depending on the weather, there should be plenty to see indoors or out.

I’ll post again about some of the things I’m hoping to see outside the city.  Time is always a challenge, though, so I’m sure I’ll see less than I hope to.  But I’m also sure I’ll see more than I dream of.