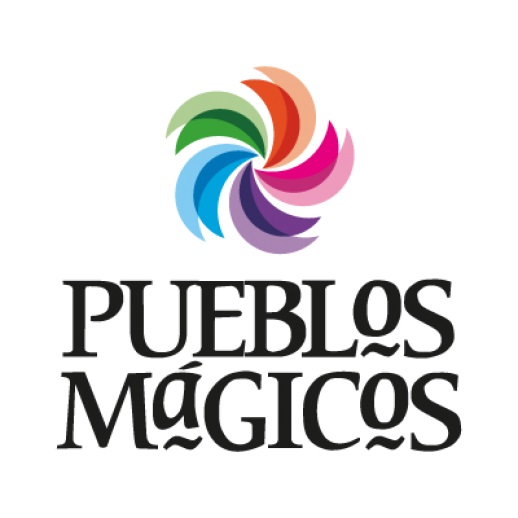 So guess what that means: I’m going to take a road trip!

A Magic Town is a place with symbols and legends, towns with history that in many cases have been the scene of transcendent events for our country, they are places that show the national identity in each of its corners, with a magic that emanates from its attractions; visiting them is an opportunity to discover the charm of Mexico.

…I’ve been to six of the 132 Pueblos Mágicos, in this order:

That leaves me 126 towns left to visit. So how about planning a road trip?

I started by plotting some potential destinations on Google Maps. For no particular reason, I started looking north and east, and I found a lot of Pueblos Mágicos in the states of Guanajuato, Querétaro, San Luis Potosi, Zacatecas, and Aguascalientes.

Then I used my favorite (and free!) online tool for planning a road trip: Furkot. Though it’s not very intuitive, once you figure it out, it is an outstanding tool. You tell it where you want to go, and it plots the driving route and calculates distance and time. By setting trip parameters such as what time each day you want to start and end, it figures out how many days your trip will take. You can enter destinations as way-stops, indicating how long you want to stop there, or as overnight stays, indicating how many nights. And if you don’t enter an overnight stay, it will tell you where you need to stop based on your trip settings, so you don’t drive too late in the day. And it shows your entire itinerary on a map. Great tool! (Read my post on how to use Furkot to plan your next road trip.)

My first go was this 16-day trip that included three destinations I have long been interested in visiting, though they are not Pueblos Mágicos: San Miguel de Allende, Guanajuato, and Zacatecas. And each of those deserves more than just a short visit, so I planned on three nights in each of those places.

There were a few problems with this route. First, the loop has a big out-and-back detour toward Zacatecas. I prefer not to double back on the same route if I don’t have to. Second, it take me to some places that are even hotter than Ajijic in May. But the bigger issue is that some friends warned me about some serious cartel violence in Guanajuato. So I did some reading to check and see how bad it is. And it’s bad.

The truth is, cartel violence almost never affects foreigners or those who aren’t involved. And it’s not like the USA, where random shootings happen in movie theatres, night clubs, and supermarkets. As the article points out, while murders and kidnappings are higher in Guanajuato than in any other Mexican state, overall crime, of the kind that affects most regular people, is low in Guanajuato.

Still, I decided to make another go of it, avoiding Guanajuato.

I made a big circle around Guanajuato by spending the first few days in northern Michoacán, and by heading from San Luis Potosi into Zacatecas rather than dipping into Guanajuato.

This 12-day route hits twenty different Pueblos Mágicos, four more than the first itinerary. By skipping the two multi-night stops in Guanajuato (Guanajuato City and San Miguel Allende), I can cover just about the exact same total distance in less time, and I can make seven additional stops in Michoacán.

But I started having second thoughts about this route as well. Michoacán is on the US State Department’s “Do not travel” list. They say that “Crime and violence are widespread in Michoacán state.”

Here, as in Guanajuato, I think the risk to regular people is small; plus, from what I’ve read, most of the violence is in the south. But I will be traveling alone, and my Spanish is very limited. Since this is my first road trip in Mexico, I decided to opt for a shorter itinerary.

My final itinerary stays within a much smaller region and covers about one third less total distance. It only hits ten Pueblos Mágicos, but it allows me to save the states of Michoacán, Guanajuato, Querétaro, and San Luis Potosi for a future trip.

I’m thinking of heading out in about two weeks, so now I have to start looking for lodging. I’m so ready for this adventure!