My expectations of the Grand Canyon:

The pictures are in my album. No point posting them all here too. Just a few to whet the appetite.

I didn’t get to the park in time for sunrise, but I did make it there by 6:30. It was 29 degrees and windy and when I got to Mathis Point (the viewpoint closest to the Visitor Center) it was socked in, so I saw pretty much nothing.

I hopped on the shuttle bus to Yaki Point (the free shuttles that run through the park are great!) and when it stopped there, about a dozen people got on (they must have been the ones who made it in time for sunrise). There was no one left and I had the area to myself. At first it was cloudy, but little by little the sun started to poke through, and soon I was enjoying sitting in the warm sunshine and just being there: me, the birds, and the canyon. I stayed for an hour. 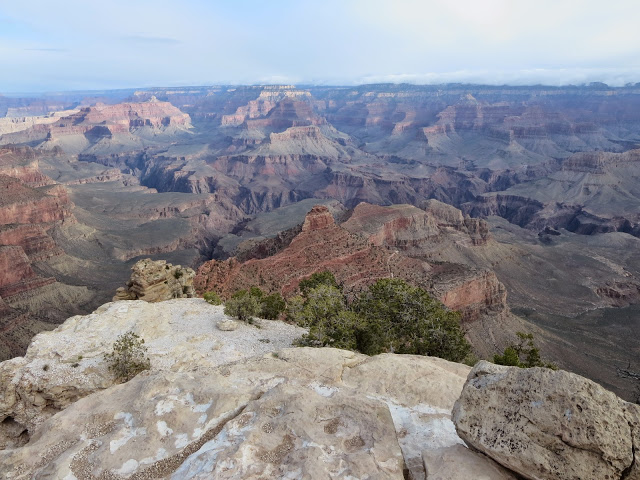 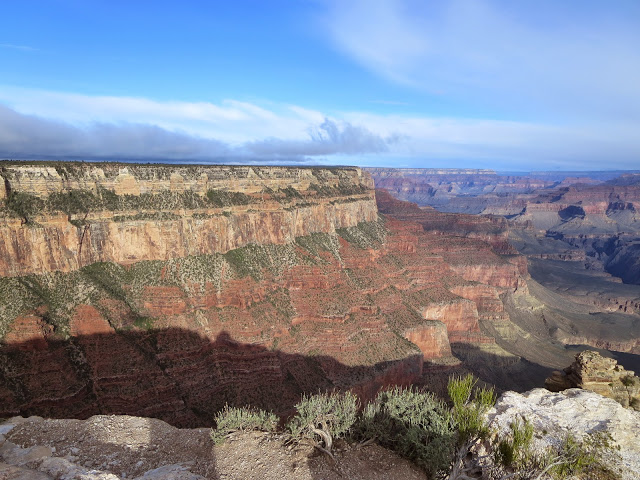 When I finally pulled myself away and got back on the shuttle, he made a stop at another viewpoint, so I got off and decided to walk the rest of the way back to the Visitor Center. I ended up walking past the Visitor Center and all the way to the Village, almost 4 miles. It was starting to warm up and there were still not a lot of other people around. But as I approached the Village, it started to snow, wet, blowing snow that flew into my face and clung to my fleece jacket. Fortunately I had packed a rain jacket in my backpack, but even so, I decided to hop on a shuttle and go back to the Visitor Center. But I jumped off at Maswik Lodge, where they had a cafeteria, and I had an early lunch (I hadn’t eaten any breakfast, just snacked on some nuts I packed). After lunch I hopped on the shuttle back to the Visitor Center, and it was still snowing, so I decided to go in and see the movie that tells the story of the canyon. It was pretty interesting, but I was cold and tired and I almost dozed off in the warmth of the theater. By now it was 1:00, and I’d been at the park for over six hours, so I decided to go back to my motel and take a nap.

Of course, the moment I lay down, I was wide awake again, so after a short rest I went back to the park. It was no longer snowing but still overcast, and I wasn’t sure what to expect. After waiting in line for 20 minutes to get into the park (this morning at 6:30 there were no other cars), I decided to drive the 25-mile route that leads to the Desert Watchtower. And by the time I got there the sun was out again, though it was still cold and windy. This was my favorite view point of the entire day, but I feel bad saying that, because I don’t want to diss any of them. The different light at different times of the day and all the various vantage points provided an array of delights. 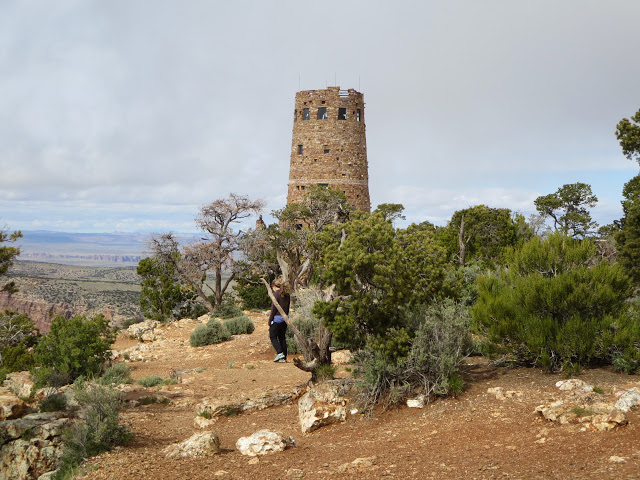 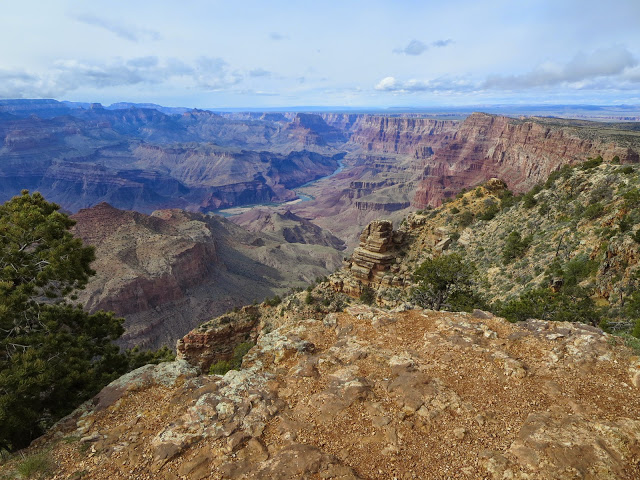 Driving back I stopped at maybe six or eight viewpoints, and finally I drove back to the village and then walked further west, where I found a spot to watch the colors change as sunset approached. 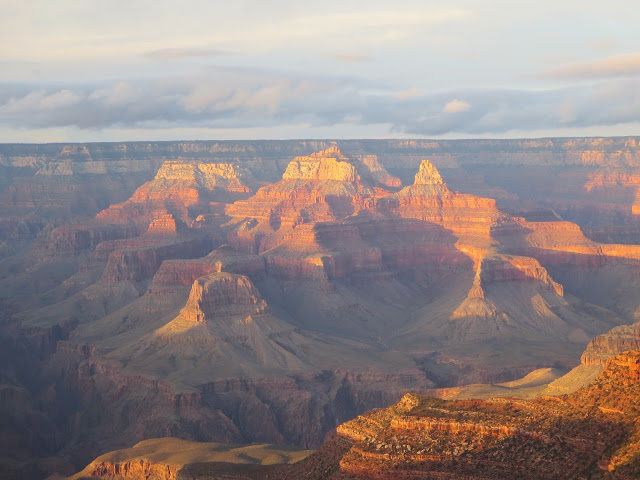 Sometimes it’s a good thing to have expectations dashed.