I stopped for lunch yesterday (I was too exhausted to blog last night) in Gallup, New Mexico, which seems like it got stuck in time during the Route 66 era.

It was probably 70 degrees in Gallup, and I walked around in a short-sleeve shirt. A half hour further east, I drove through a lightning storm, and then the temperature plummeted into the 30s and the rain turned to sleet, and for one stretch of about 10 miles traffic on I‑40 was crawling at 20 mph on icy/slushy pavement. Then the roads cleared and within fifteen minutes it was 70 degrees again. Who knew the weather on this trip would be so interesting?

I stopped for breakfast in Sedona at the Coffee Pot Home of  the Famous 101 Omelettes. I’m not sure how famous they are, because I never heard of them before. And I didn’t have one. I had buckwheat pancakes, eggs, and bacon.

When I drove from Flagstaff to Sedona on Sunday, I went south on I‑17 and then cut back northwest on the drive through all the red rocks. For the return trip I took the more direct route through Oak Creek Canyon. This was also a beautiful drive, and at the north end the road twists up and out of the canyon in a series of dramatic switchbacks; at the top is a scenic vista. 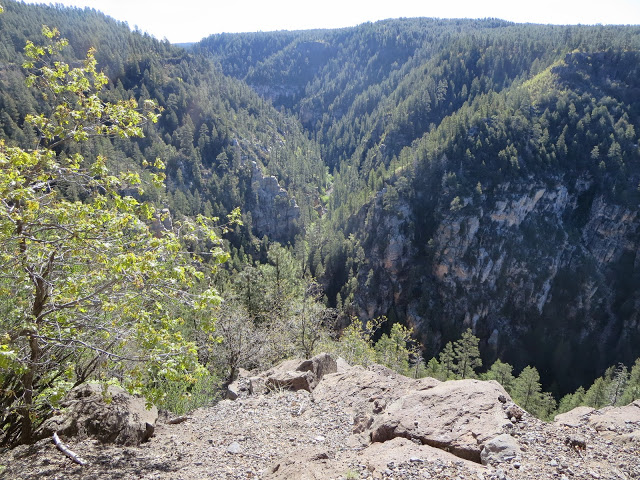 The long drive east on I‑40 from Flagstaff to Albuquerque is lined with billboards advertising Indian gift shops. I finally succumbed to their allure and stopped at one close to the Arizona/New Mexico border.

I got an Indian frybread from the little yellow shack next to Chee’s, and it was yummy and tided me over til lunch, but otherwise I didn’t buy anything from either Chee’s or Indian City.

I had lunch in Gallup (about 20 miles into New Mexico) at a little local place and tried my first New Mexico green chili cheeseburger, which was good, but I’m looking forward to better ones to come.

In attempts to freshen up downtown Gallup, they have developed an outdoor art program that includes a number of murals, for which they are supposedly famous. However, I never heard of the murals, so I don’t think they are too famous. Still, I liked walking around and I found four murals. This is my favorite, but they’re all in my album. 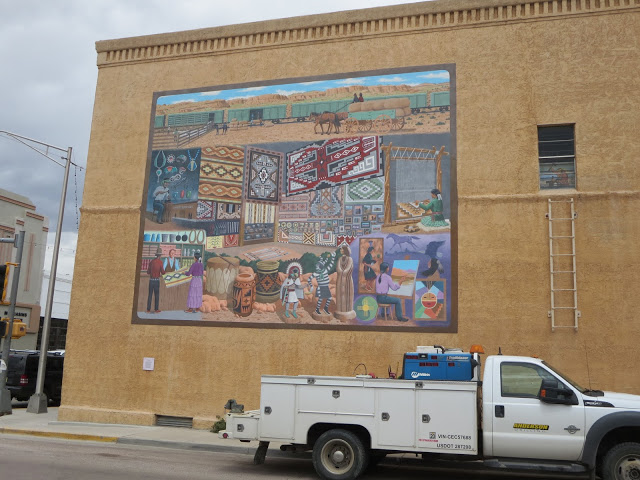 It was just starting to sprinkle as I was wandering around Gallup, but that was no indication of the weather to come. I was just glad to make it to Santa Fe and get settled in the Guadalupe Inn, this charming family-run motel nestled in a small alley. The room is spacious and comfortable, though the plumbing from the room upstairs could wake the dead. 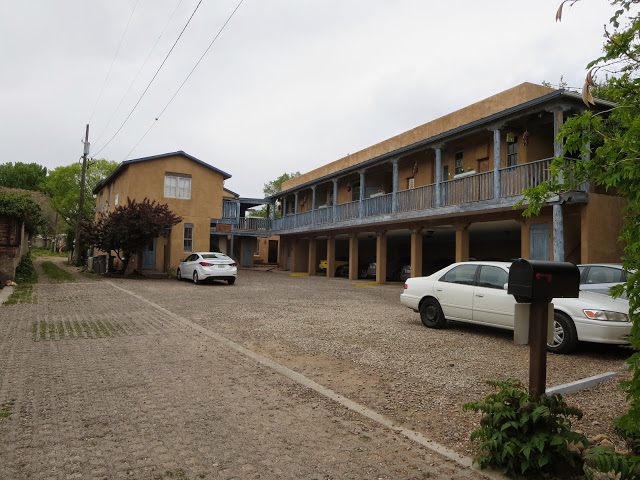 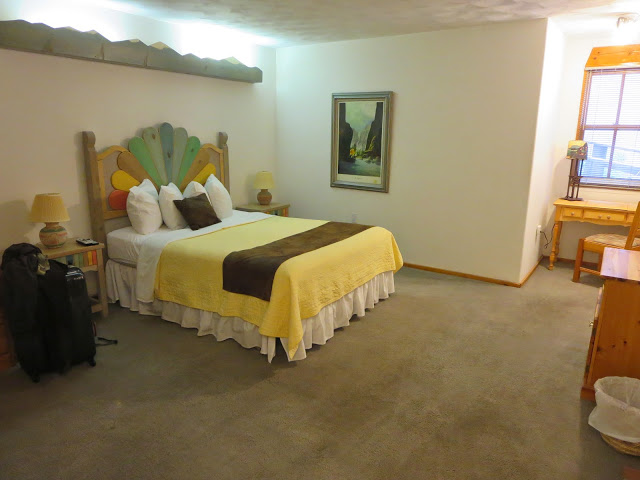 I found a recommendation for the Tune Up Cafe, about a half mile away, so I walked over there for dinner. Yummy lamb tacos and, at the urging of the guy sitting next to me at the bar, tres leche cake that was to die for. Which would have been okay because the sound of the neighbor’s shower in the motel would have awakened me.