Today, after a huge and delicious farm-style breakfast of eggs, ham, potatoes, oatmeal, and biscuits & gravy, I explored this area.

I left Fossil heading south on Route 19 through Spray and Kimberly, almost to Dayville, stopping at the Sheep Rock Unit. Then I turned west on US 26 and drove past Mitchell to the Painted Hills Unit, and then went back to Mitchell and turned north on 207, then back on 19 and back to Fossil. This was a total of 176 miles. (I stopped at the Clarno Unit yesterday on the drive from Bend to Fossil.)

I had to deal with the desire to pull over every half mile or so to gawk at the scenery. There were some truly stunning vistas. Ironically, there was exactly one roadside “Scenic Vista,” and it was, I’d say, below average in terms of today’s scenic vistaness.

Here are some samples from the first part of the trip, before I got to the Sheep Rock Unit. 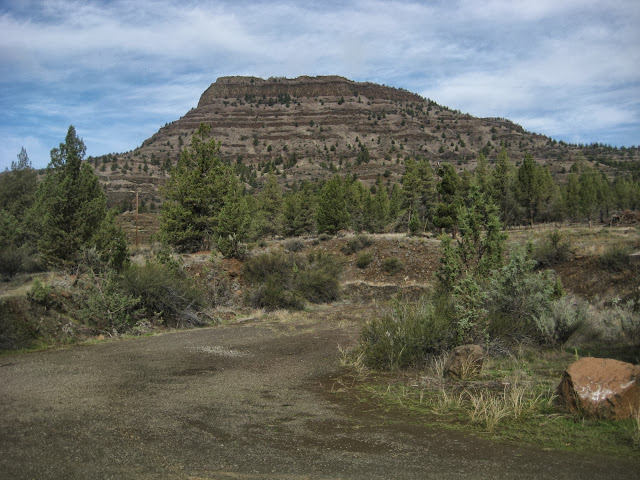 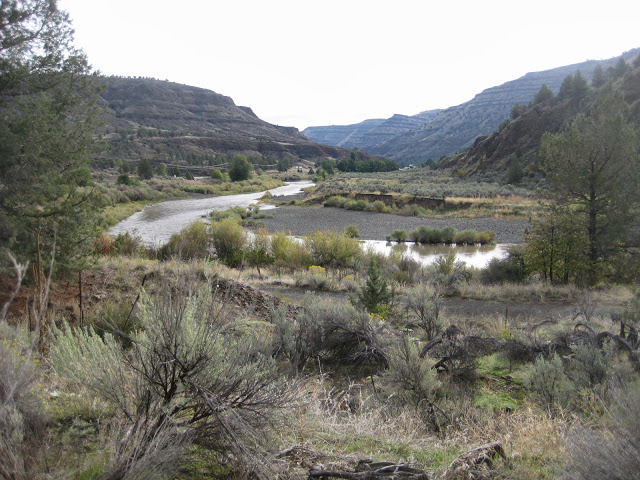 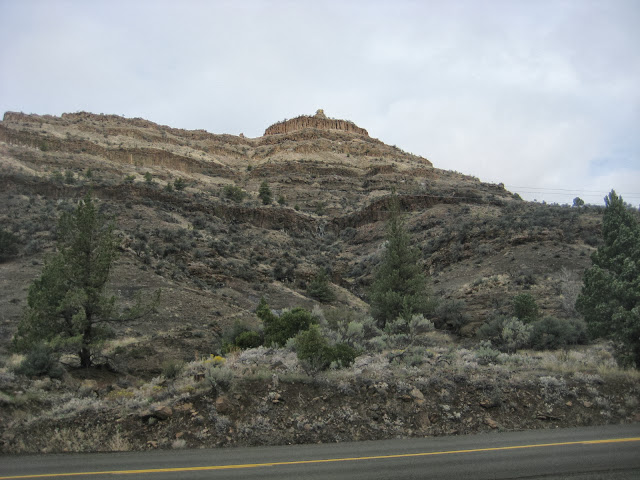 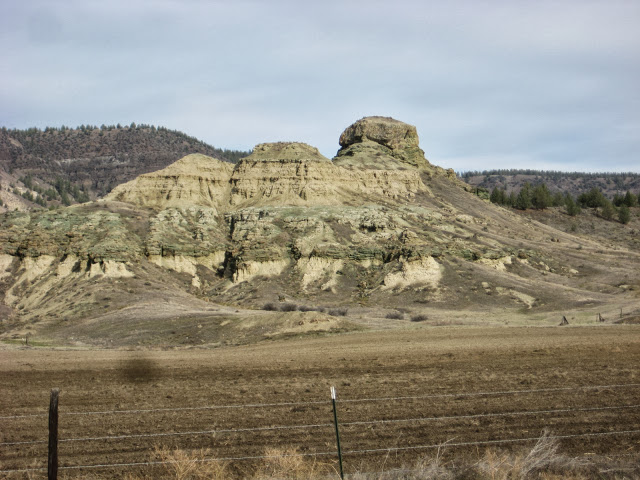 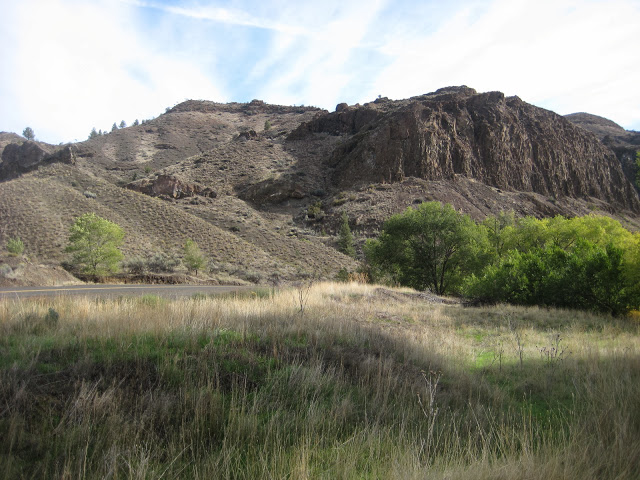 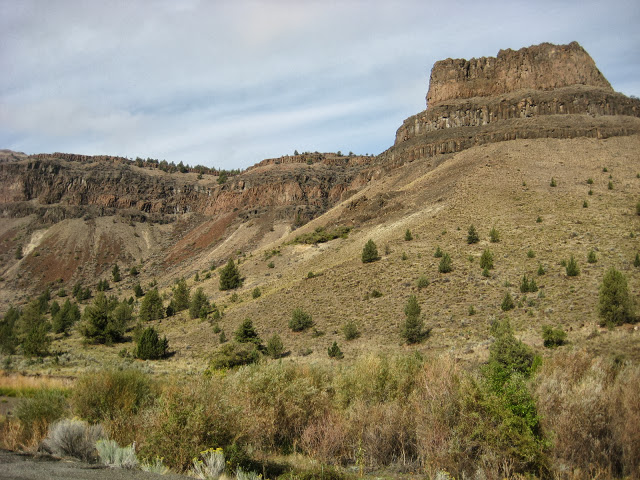 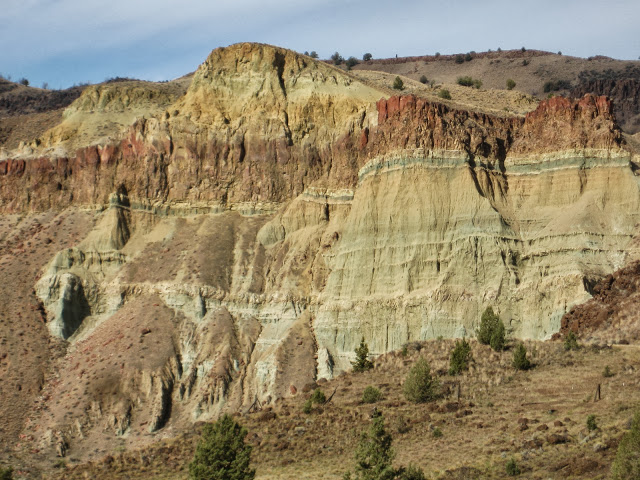 The Sheep Rock Unit has several sections. I stopped first at the Blue Basin for a short hike in and out. It’s an eerie landscape with some animal fossils and some interesting rock formations that look like they’re from another planet. 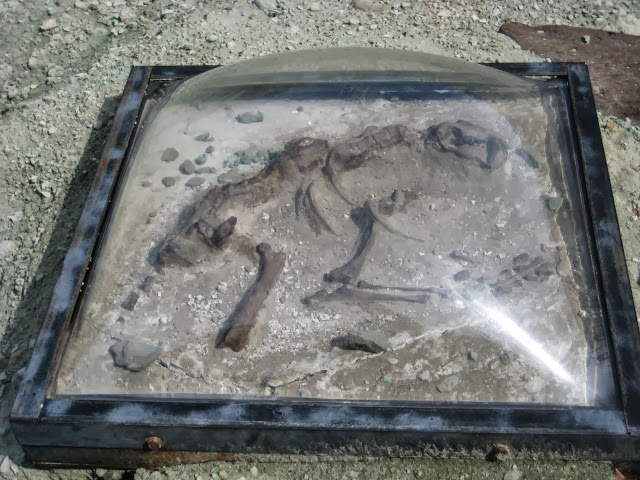 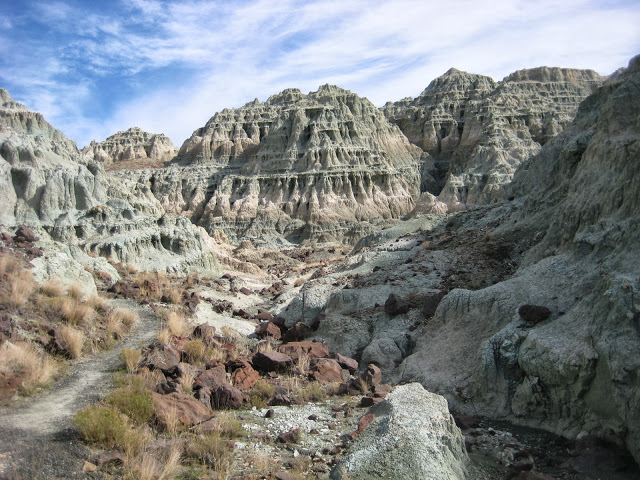 Also part of the Sheep Rock Unit is the James Cant Ranch. When I pulled into the parking lot, a National Park Ranger was there.  She came over to me and told me it was closed. I asked her if she was telling me I had to leave. She said she was telling me it was closed. Then she drove away and I wandered around for a bit. All the buildings were closed and locked, with signs like this one. 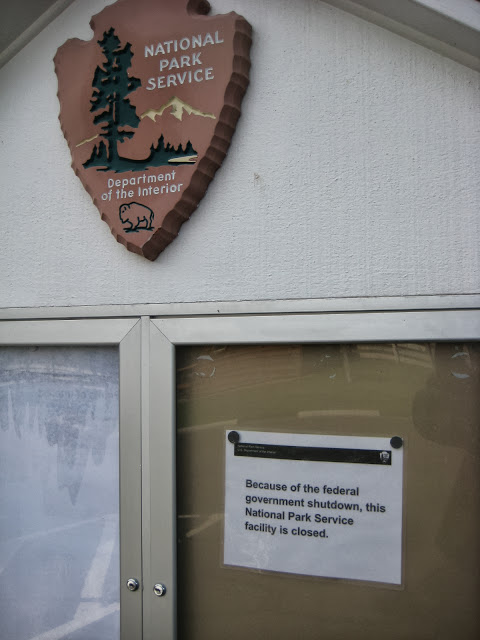 But it was easy to see how this was, for a good portion of the 20th century, a working homestead and later a cattle ranch. 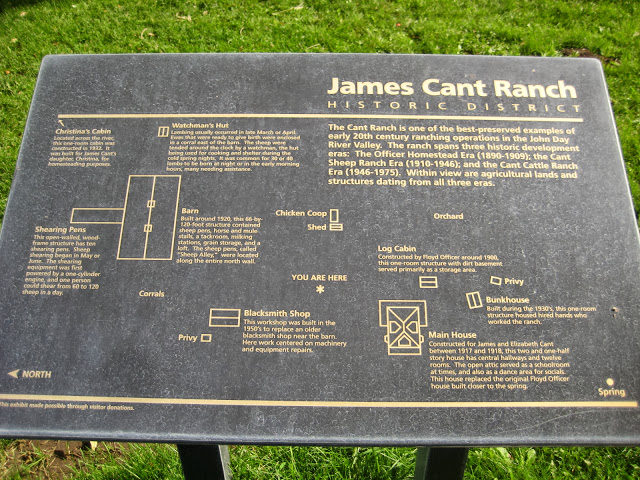 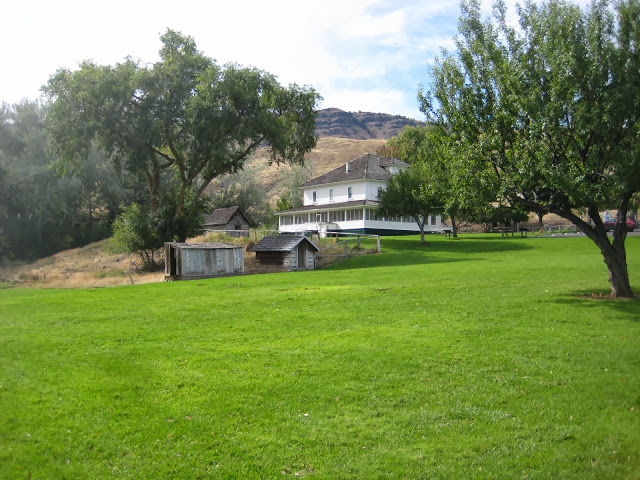 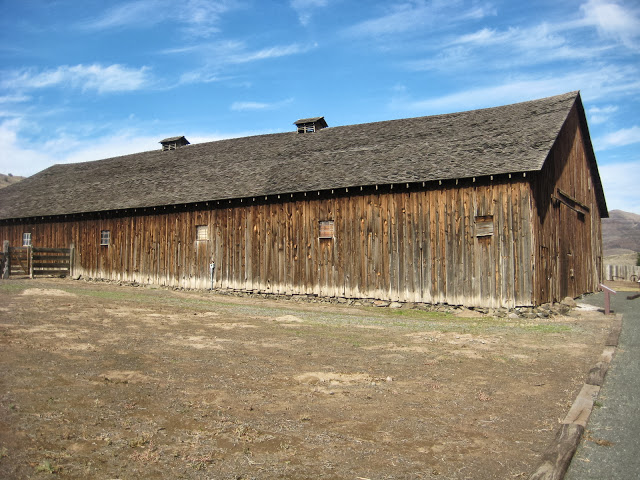 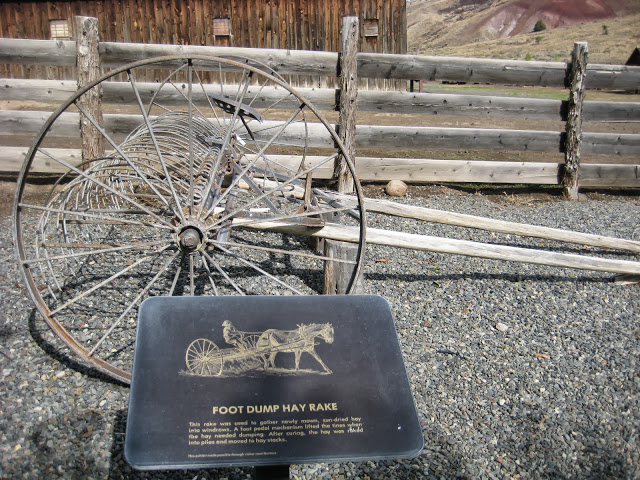 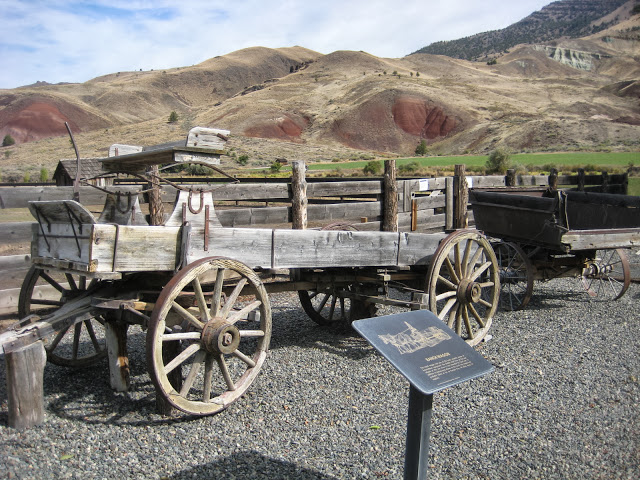 The drive from there to the Painted Hills had more gawk-worth scenery. 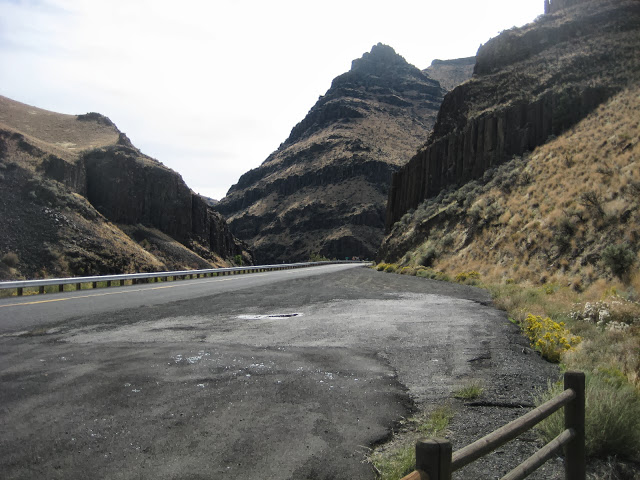 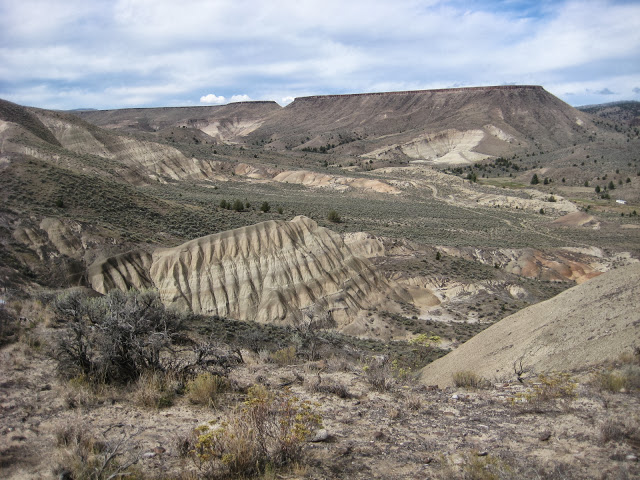 And then I got to the Painted Hills, and I was able to drive in despite the signs indicating it was closed. As I embarked on a hike, a Park Ranger rode up in his little jeep-like vehicle and told me that all the roads and trails in the park were closed. I asked him if he was going to make me leave. He said no, but he would have to report it to law enforcement. I thanked him and he rode on. I wasn’t the only person there. I met up with a handful of other people while I was there.

The painted hills are quite colorful. 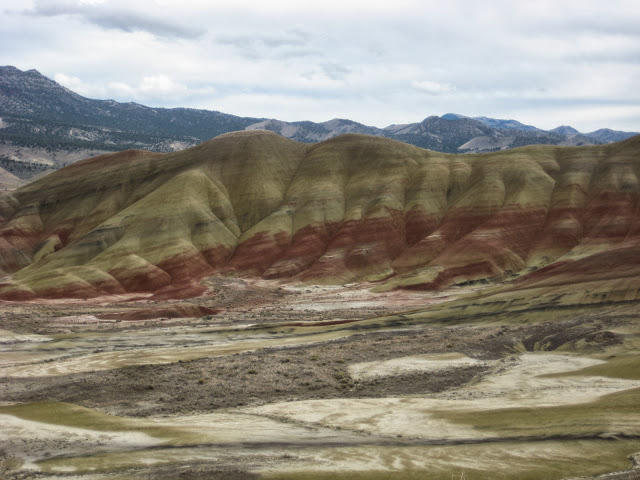 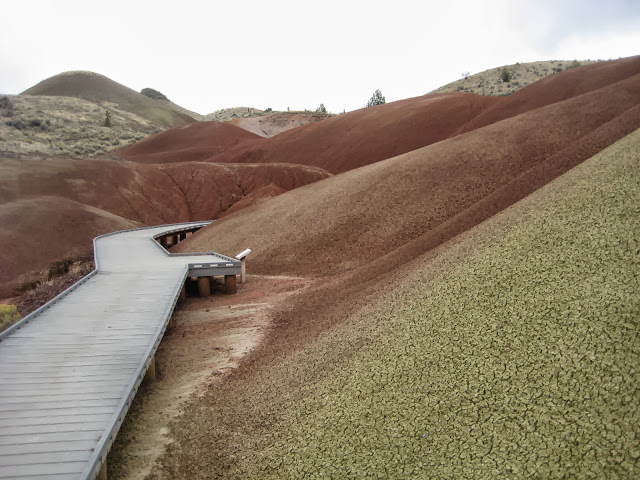 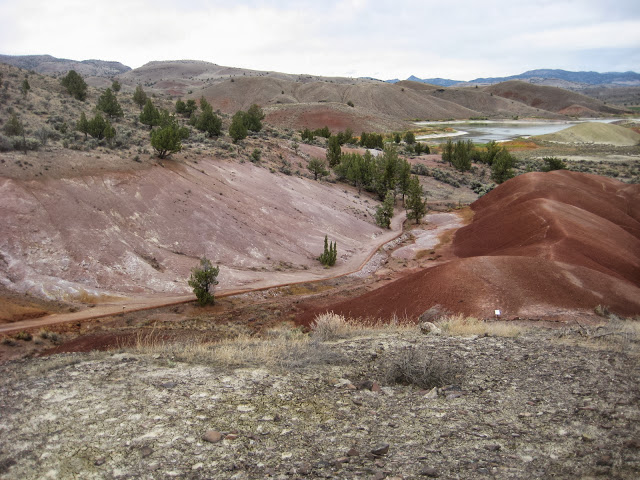 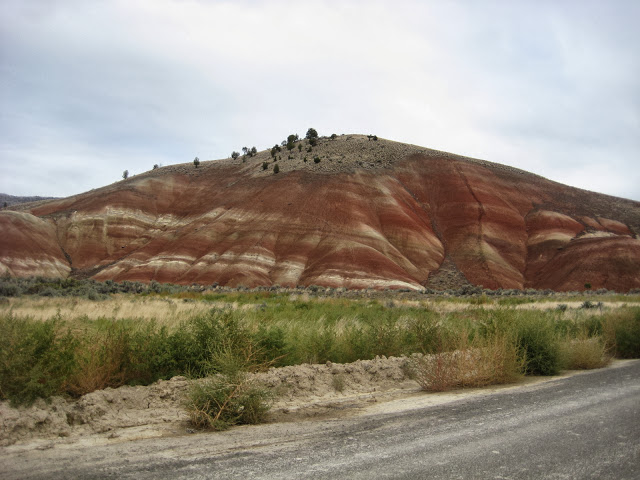 The drive back to Fossil was also scenic, but I have no more picture to share.

Tomorrow, I head to the Hood River area. I’ll look for a scenic route and then probably spend the afternoon in Hood River, and I’ll save the Mt. Hood Scenic Byway and the Historic Columbia River Highway Scenic Byway for Friday.