This is Day Seven of my trip.  We started out early with a drive to Crater Lake.

The trip there was scenic, and we took a different route back that was also scenic.  And Crater Lake is pretty the way Mozart was talented and Einstein was intelligent.

Our first stop on the way was Mill Creek Falls. 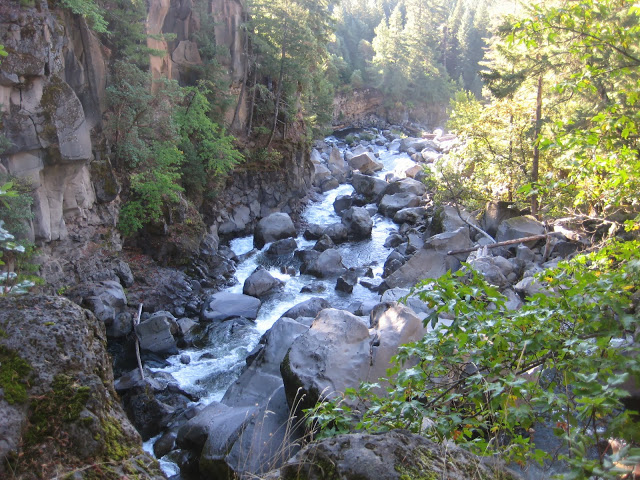 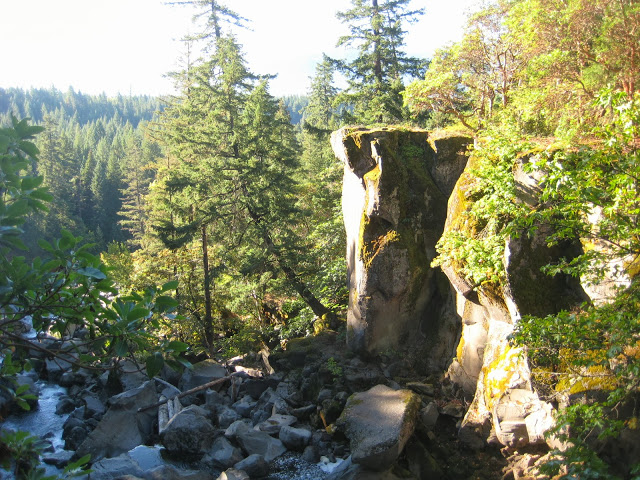 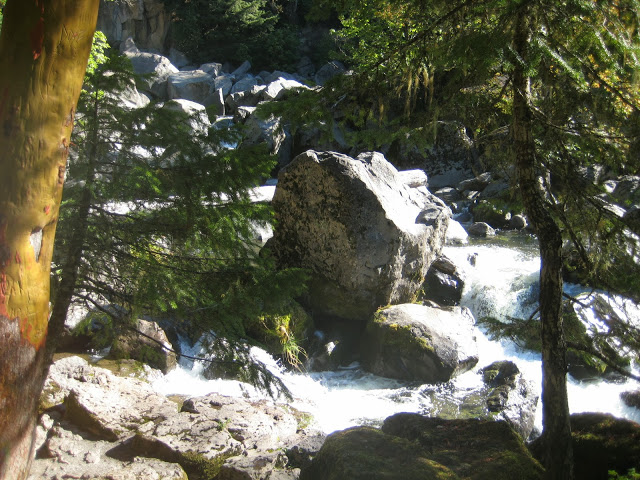 After that was the Rogue Gorge 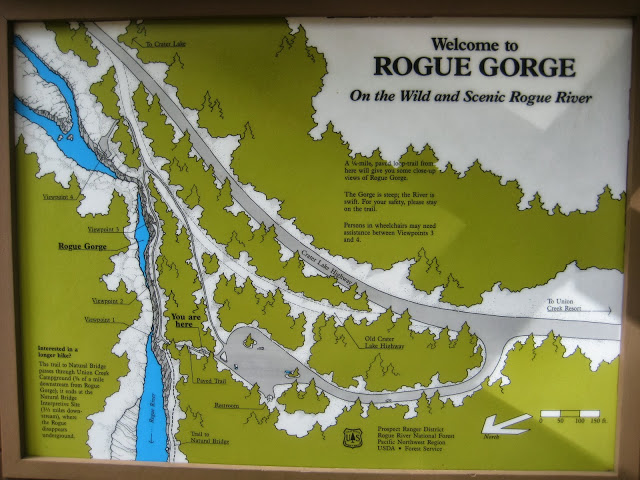 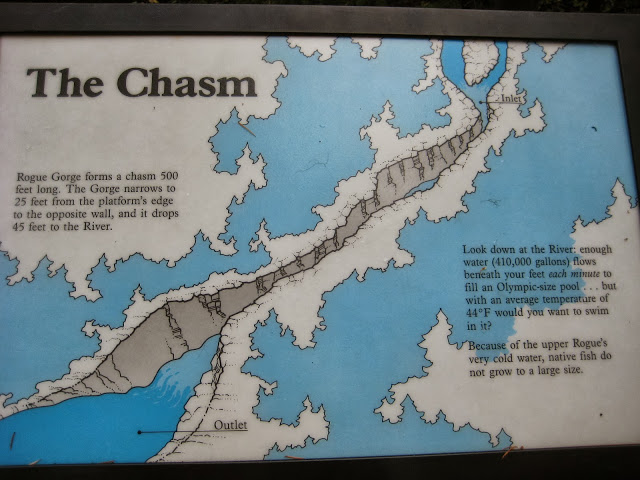 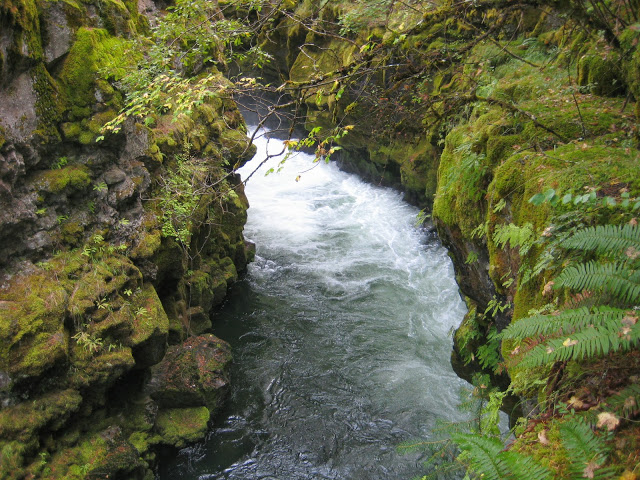 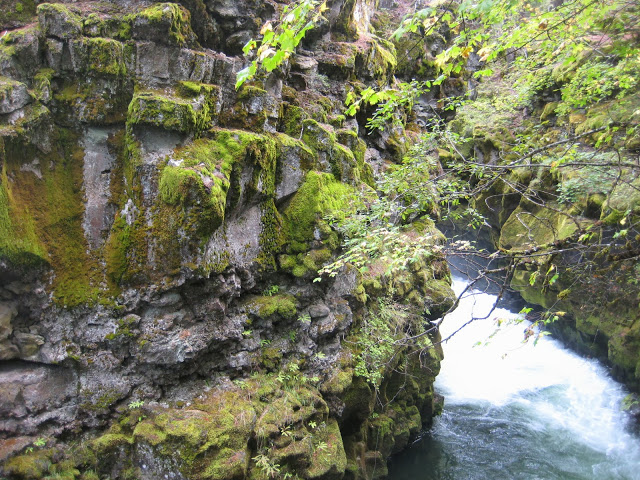 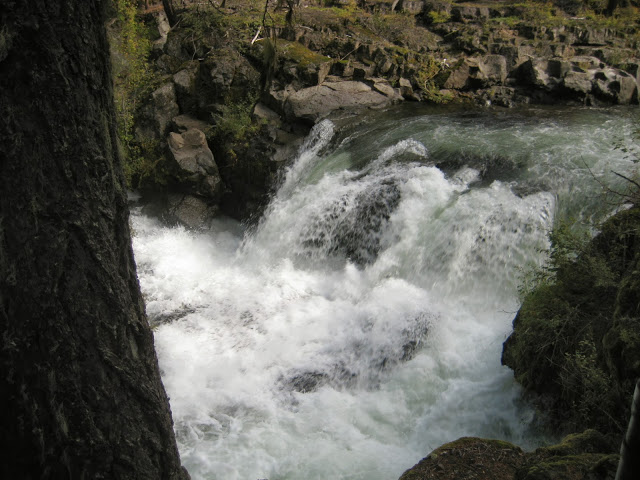 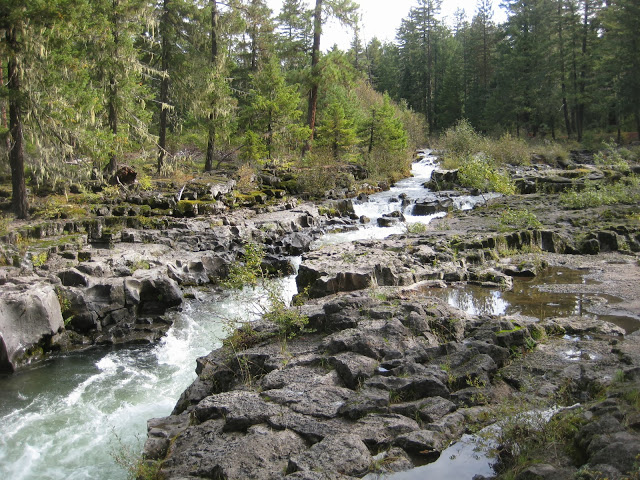 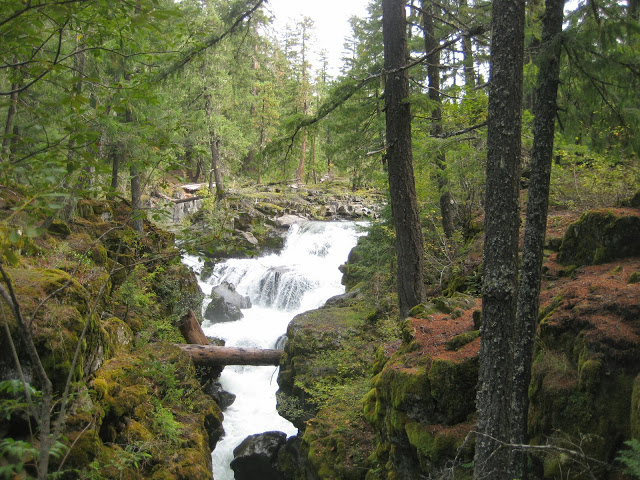 We had heard there was snow up at Crater Lake, but were surprised to encounter snow by the road several miles away. 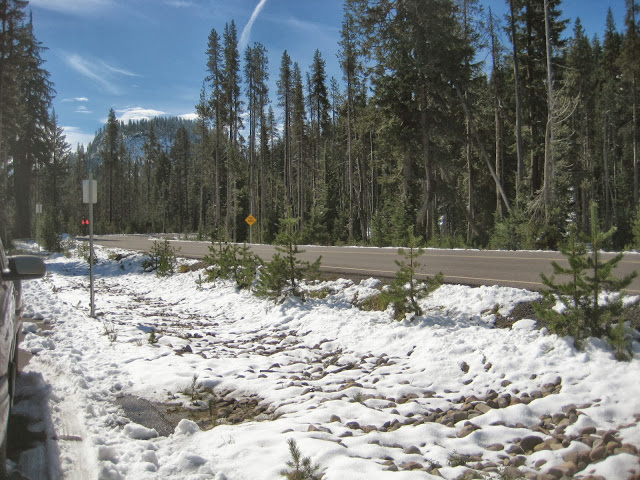 Up at the crater, they apparently had about a foot of snow.  It was cold and windy, but the sun was strong and the snow was melting.  Seeing it with the snow was a real bonus. 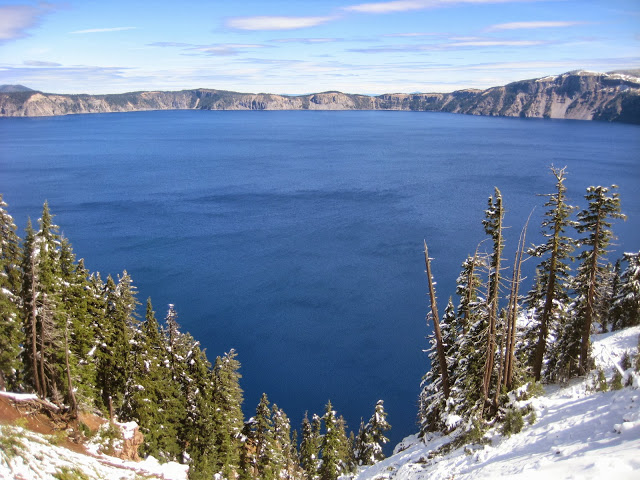 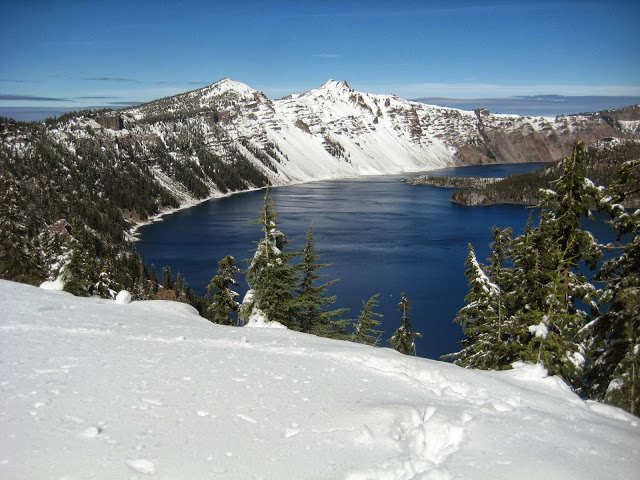 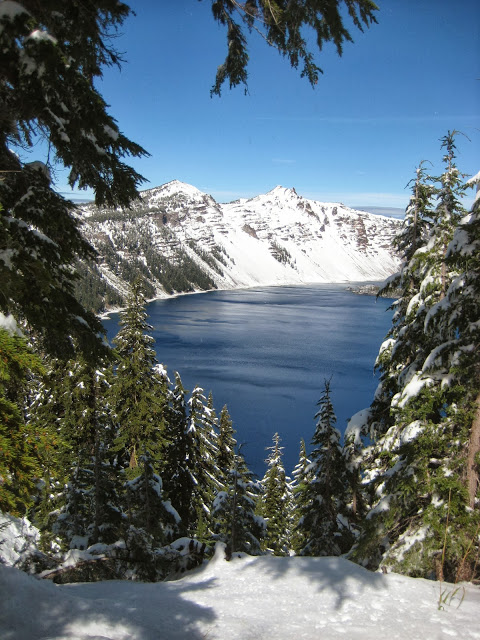 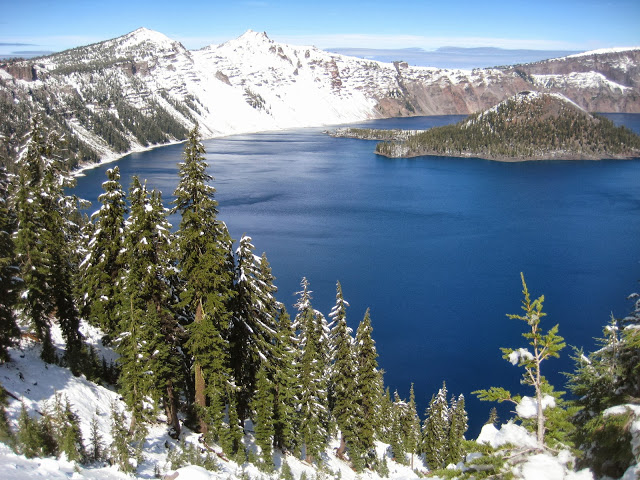 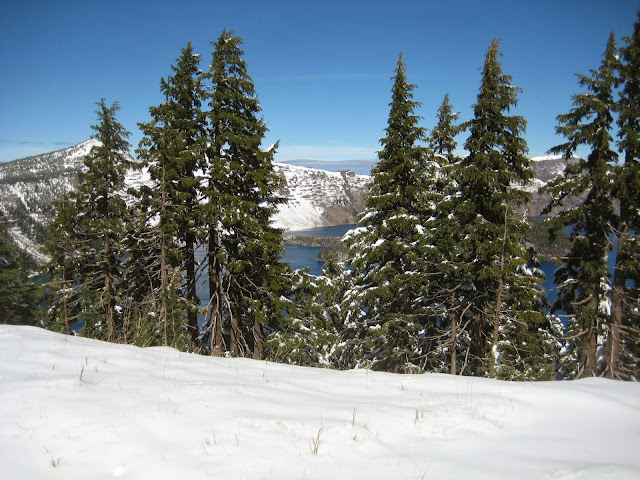 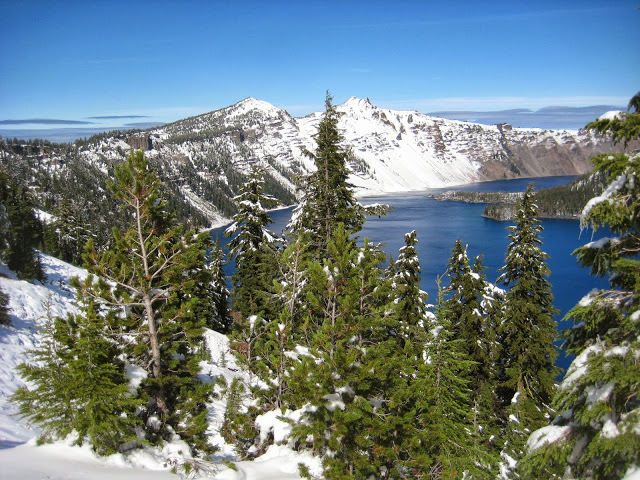 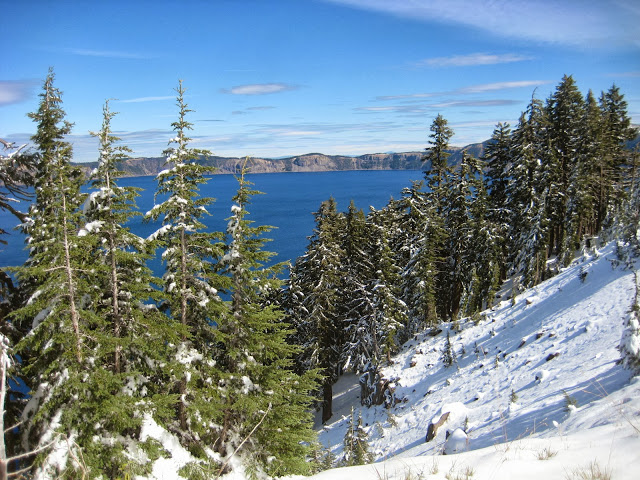 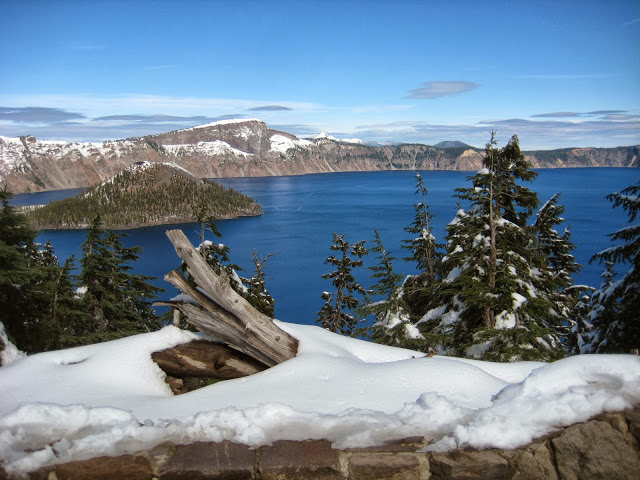 This evening was pleasant, so we were able to have dinner outside, and it wasn’t nearly as cold for the theatre.  Tonight’s play was A Midsummer Night’s Dream.  I loved the production.  It was set in 1964.  The four lovers were recent graduates from Athens High School (a Catholic school).  The king and queen were the principal and head nun (who renounce their vows to get married).  Bottom was the gym teacher, and the other five were various staff members at the school (secretary, janitor, lunch lady, science teacher, and drama teacher).  The lighting and costumes and music were all terrific, but the acting was uneven, with some scenes played way too physical when the humor of the language would have been funnier but got lost in all the activity.

Still, with one play to go, I have to say coming to the Oregon Shakespeare Festival is something I am so very glad I did, and I will definitely plan to do it again.

Tomorrow: laundry in the morning, and then we’ll stay local and explore more of Ashland, maybe hit up a nearby winery, and one more play tomorrow night before we depart on Sunday.