A few random thoughts to start off:

Okay, so here I am in Ærøskøbing. This is the little town that time forgot. Except there are cars here. It’s just really cute, quaint, charming, pick an adjective. I walked around the town for a few hours this afternoon and snapped way too many pictures.  I have a whole album just of doors.

I’m staying in this cute B&B run by a lovely British woman named Susanna. I have the yellow room (Det Gule Rum). It is actually yellow. 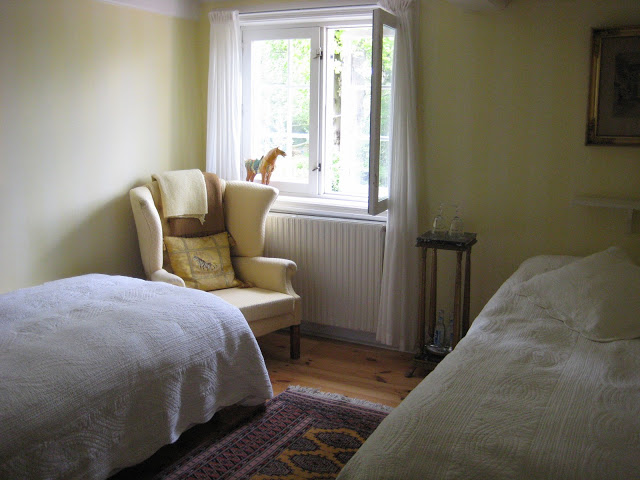 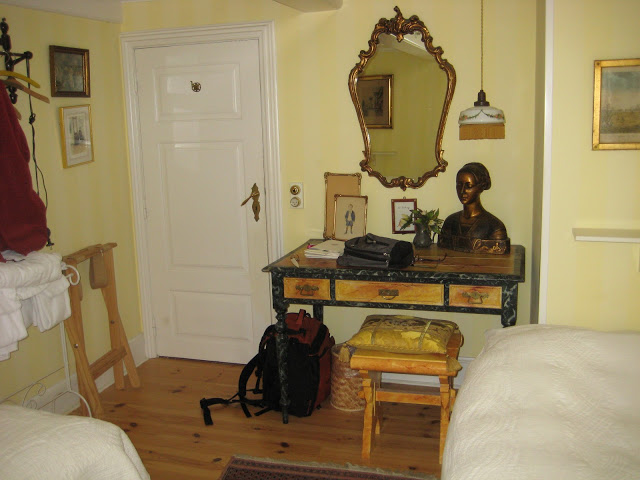 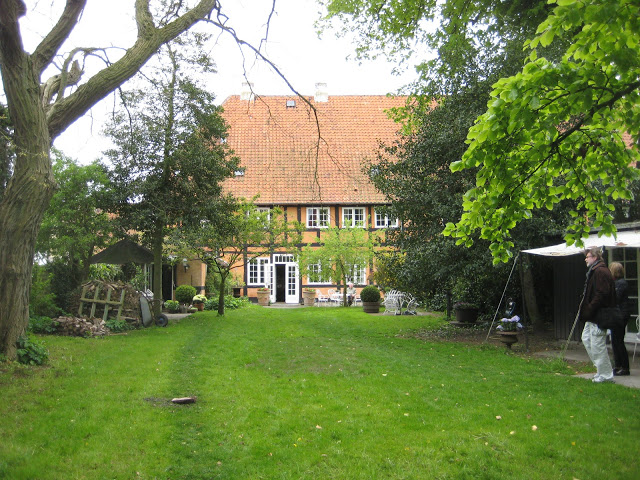 She only takes cash, but I got cash in Svendborg so I was all set, except it turns out the ferry only took cash too, and the only cash machine in this town is broken. Do you have American dollars, Susanna asked me. Oh yes. Well then we have no problem. There are no problems on Ærø .

There’s also nothing to do here, which is part of the charm. I do understand why people suggested I skip this part of my itinerary, and since I really feel that I didn’t have nearly enough time in Copenhagen, maybe they were right. But as I said, it’s charming, quaint, yada, blah blah blah.  Here are just a few samples: 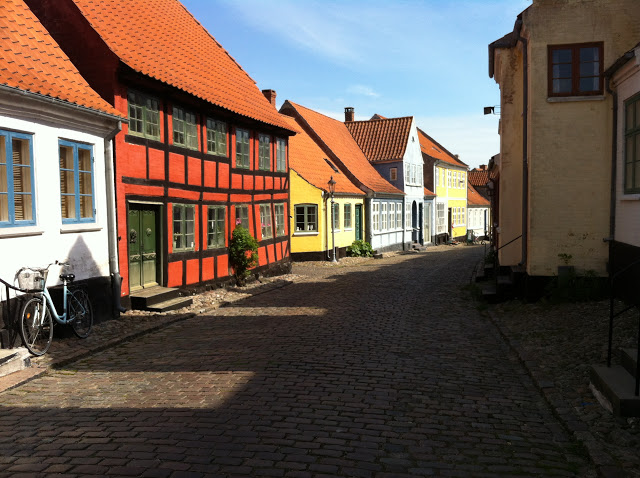 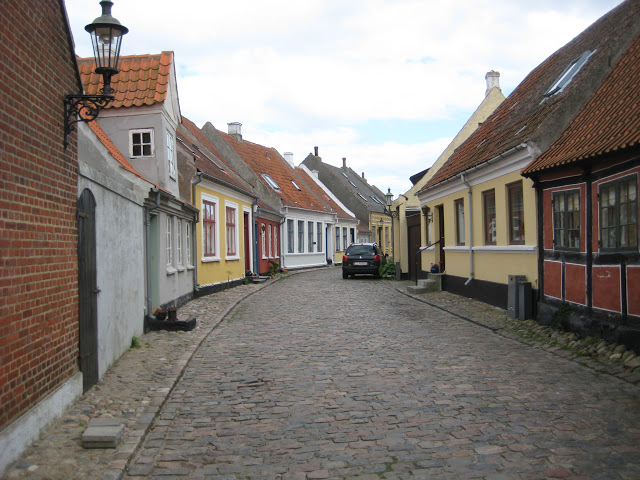 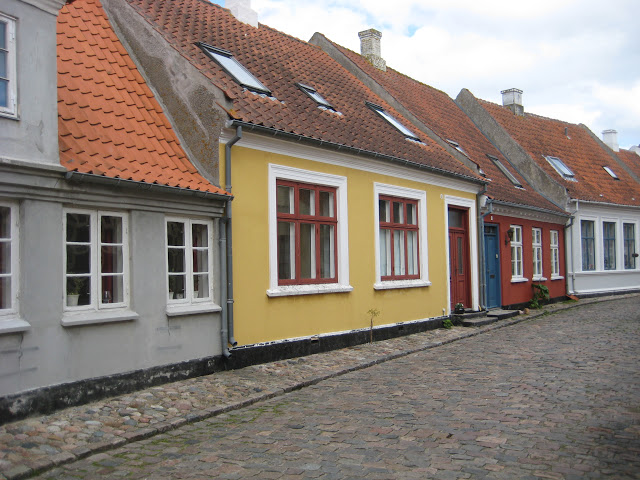 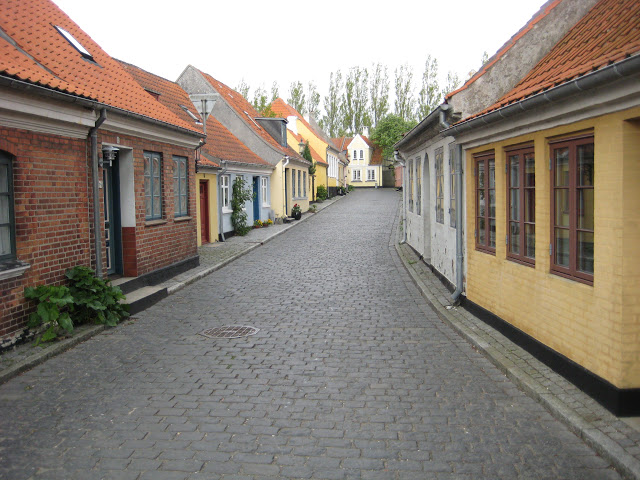 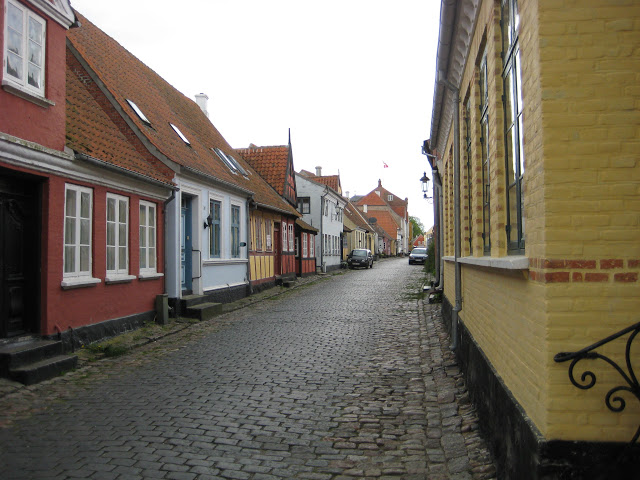 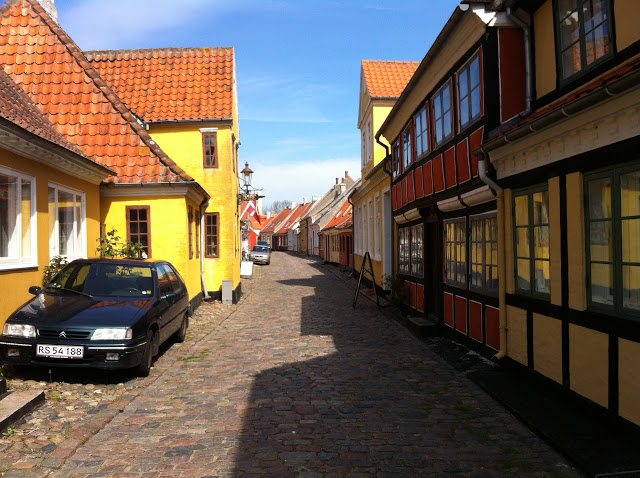 The main thing to do here, actually, is to rent a bike and ride around the island. Rick Steves has a 15 mile bike ride mapped out in his book on Scandinavia. I was going to try to do it this afternoon, but it was cold and windy and I was really just enjoying walking. So I was concerned that I might not be able to do the bike ride, and I wondered what I would do between the time I wake up (which has been extremely early so far) and the time my ferry leaves at 11:45.

Everything worked out, though. The hotel next to where I’m staying rents bikes, and I went over there a little while ago and asked if I could rent a bike and pick it up at like 6 am. (Yes, I’ve really been waking up that early.) So I plan to get up and ride for a few hours before breakfast, which is between 8 and 10 am, and still have plenty of time to explore the shops (which were all closed today because of Ascension Day) before the ferry.

I get back to Svendborg at 13:00, then catch a train to Odense, change to a train back to Copenhagen, and then change again for my train to Kalmar. I had 1 time (hour) in Svendborg this morning, and the town is not without its own charms, but everything was closed because, yes, it’s Ascension Day.  Here are a few pics from Svendborg: 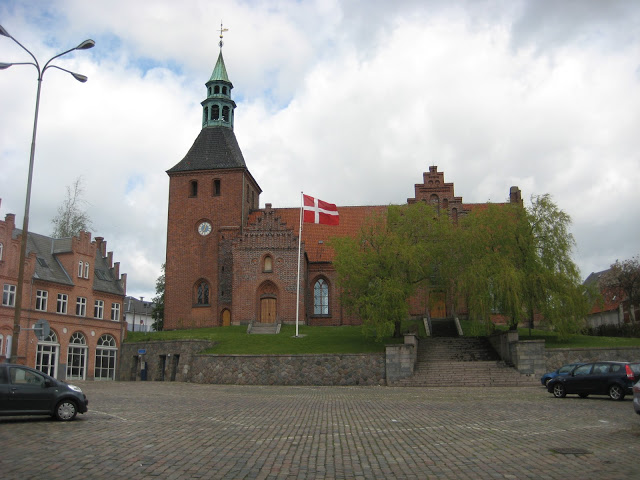 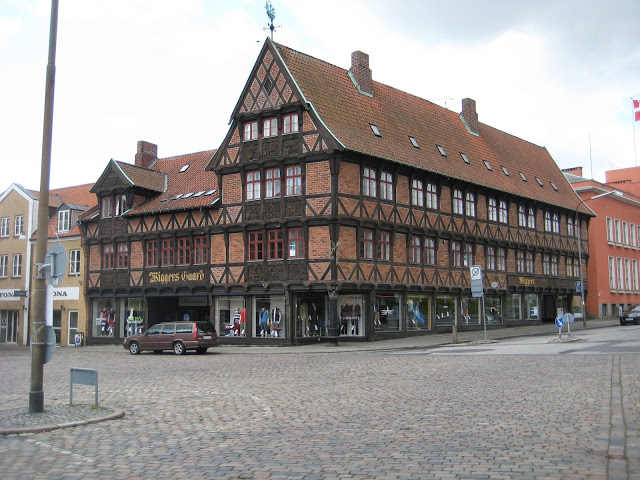 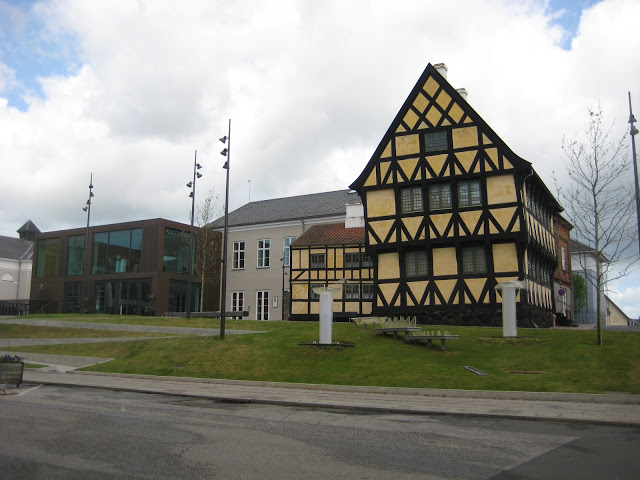 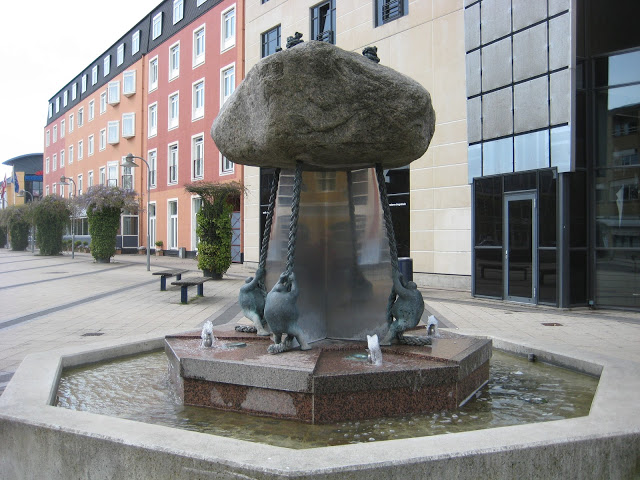 I have 1 time again tomorrow before my train to Odense, but I also can rush to catch an earlier train and have that time in Odense, which might be worth doing.

See you in Sweden!