When I got back to Ivan and Lars’s apartment last night at about 8:30, I started to write a blog post about the day, and I was literally nodding off as I was typing. I guess that’s what happens after a long day following just 4 hours of sleep. I woke up yesterday morning at 3:30 and couldn’t get back to sleep. It’s interesting that I didn’t feel tired at all during the day, but I was in bed by 9:30 and I don’t remember my head even hitting the pillow.

Yesterday I started out with a short visit to the Town Hall. 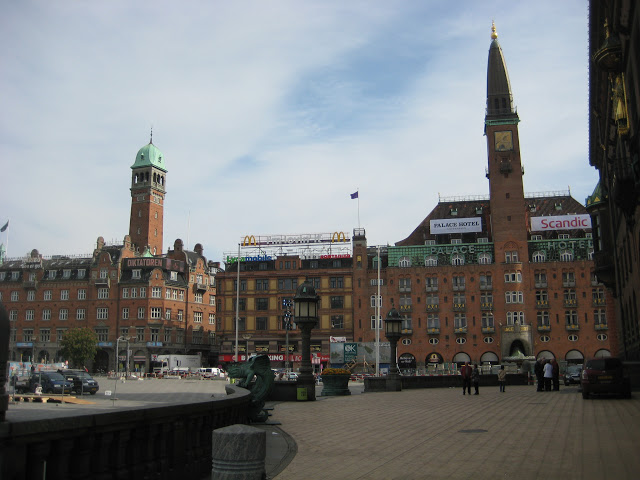 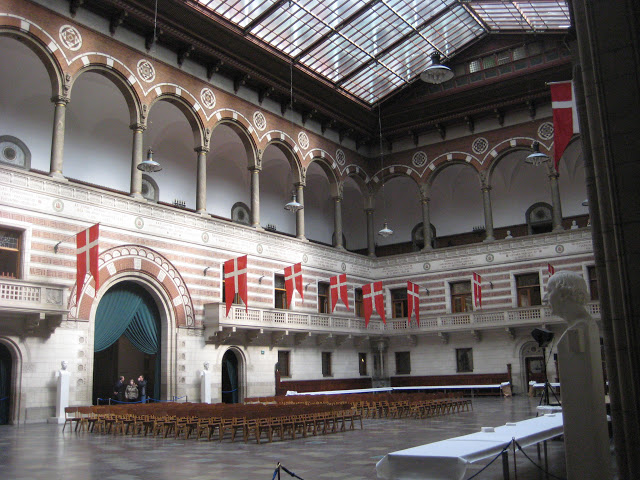 Then I went on a bicycle tour of Copenhagen. It went past all the major sites, with stops for photos at most of them.  We went through the King’s Gardens: 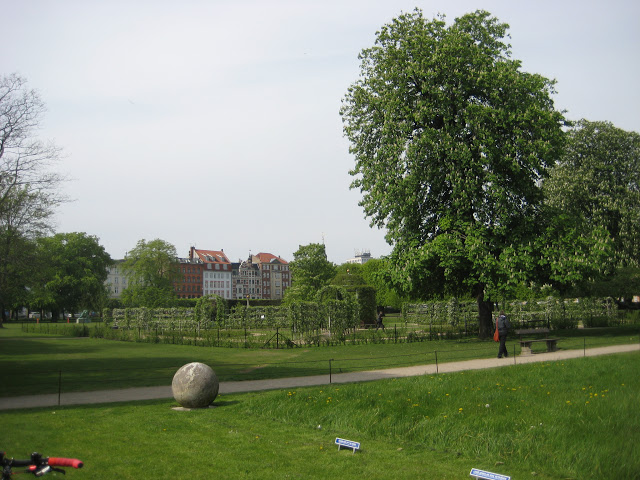 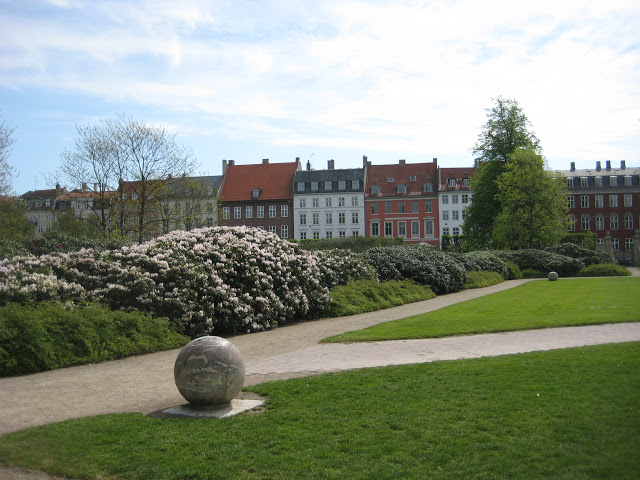 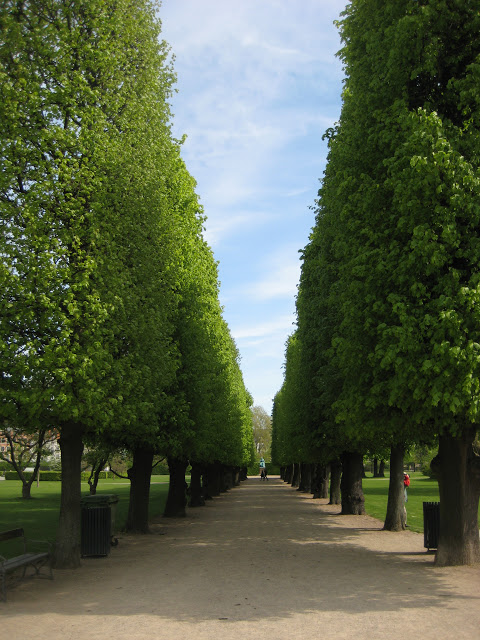 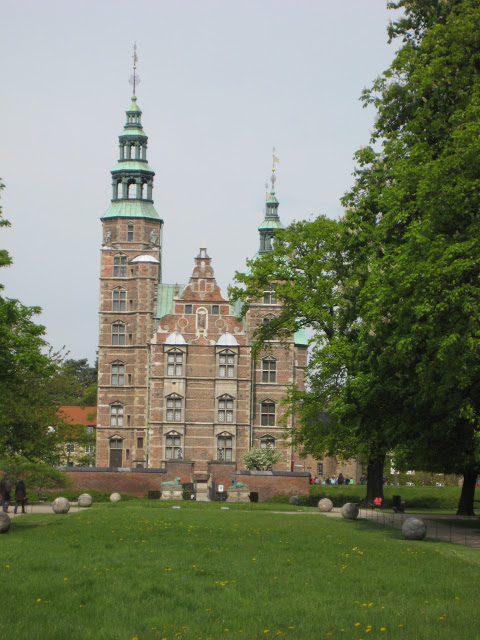 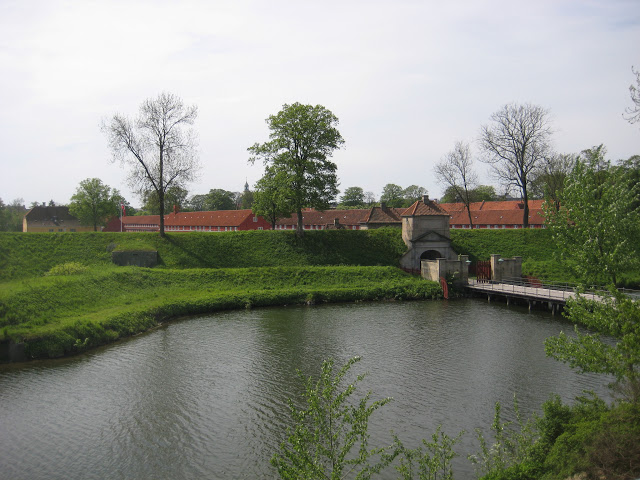 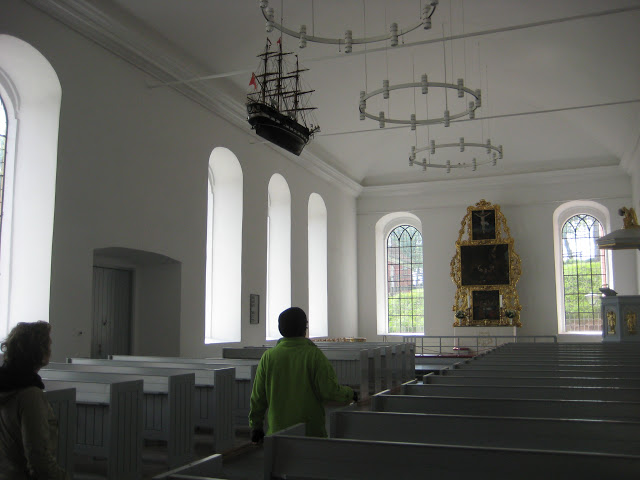 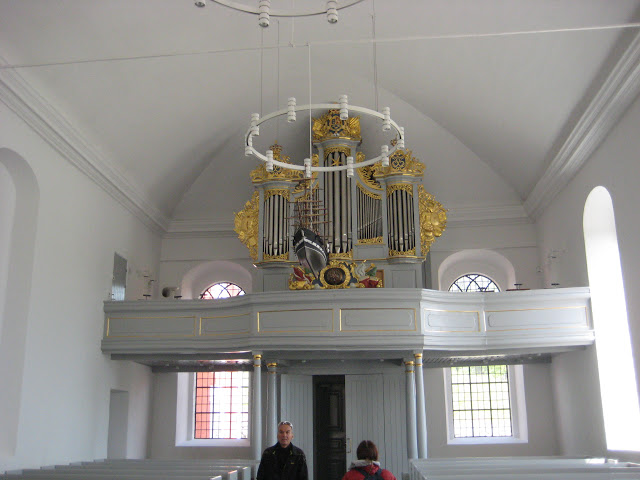 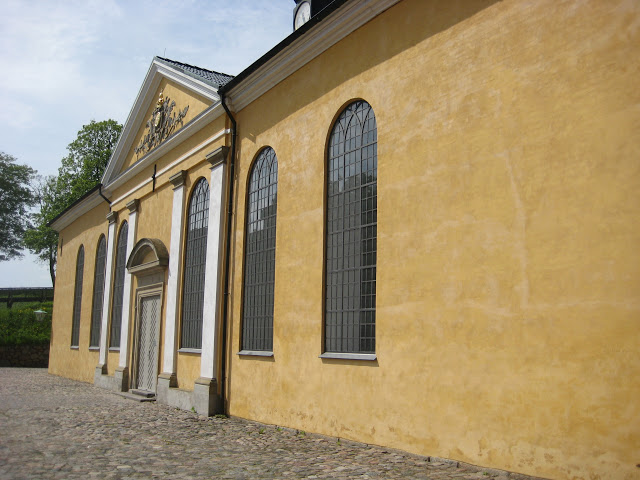 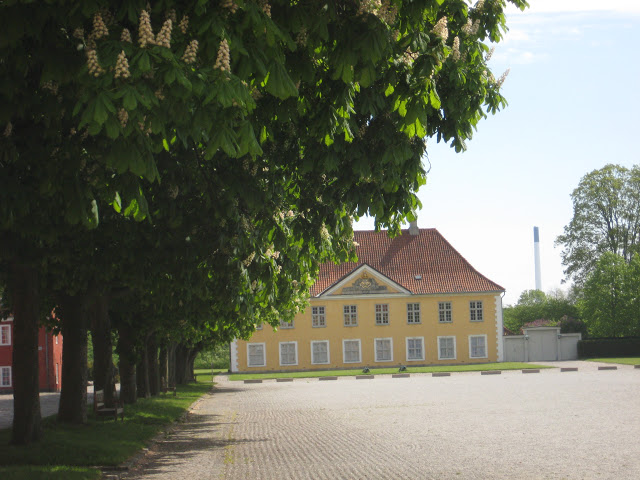 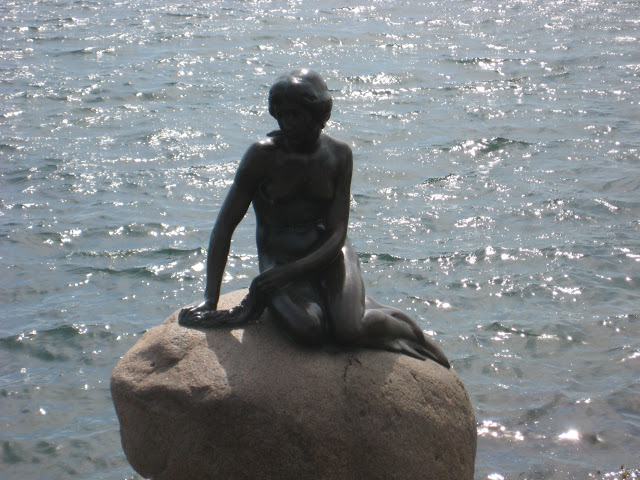 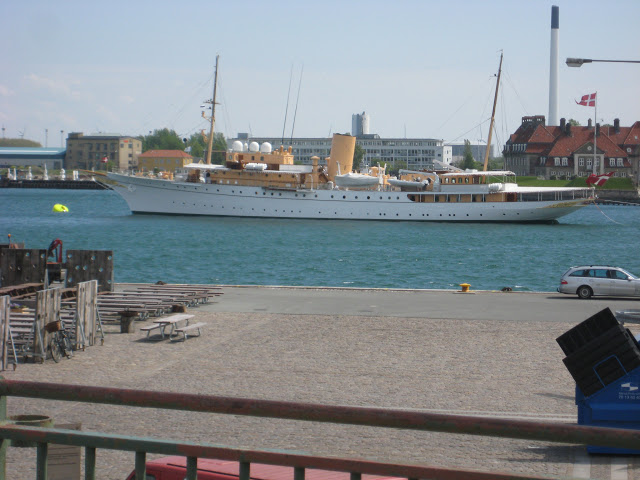 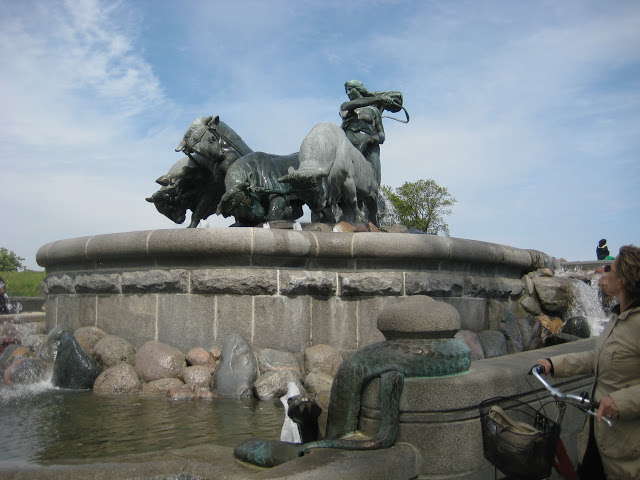 and then stopped at Amalienborg Castle (home of the royal family), where we saw the changing of the guard. 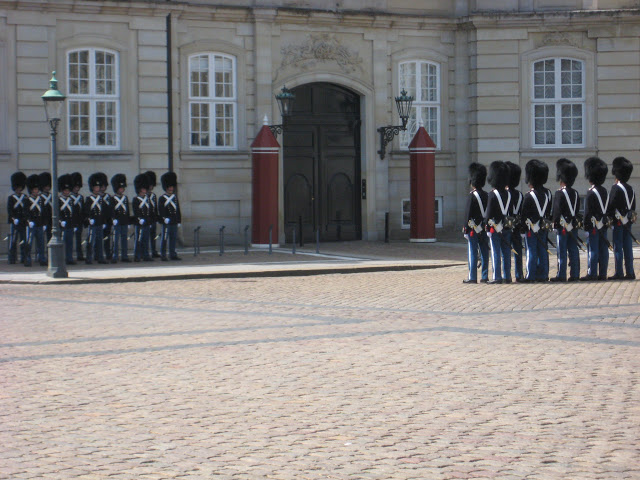 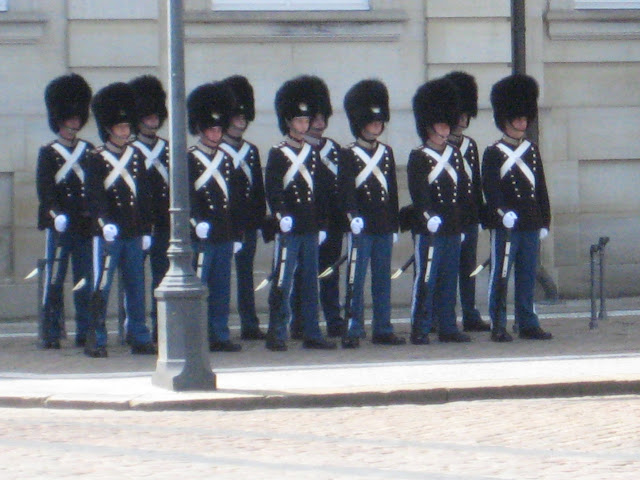 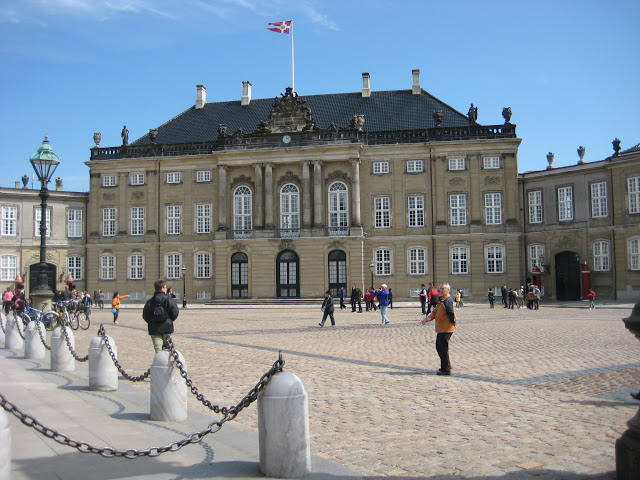 Then we rode along the canal where we got views of wind turbines and the new Opera House. 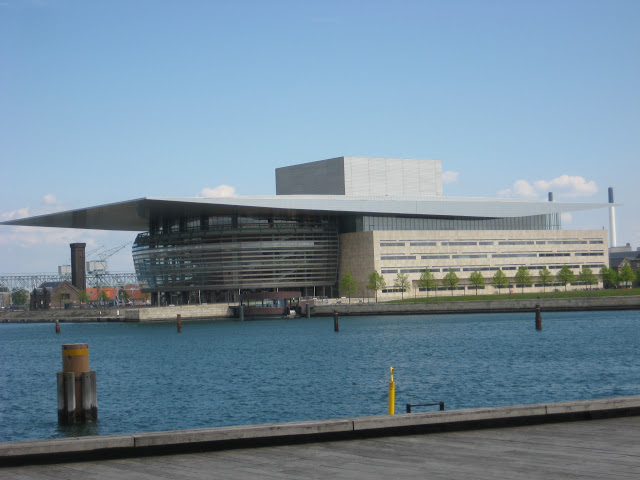 Then we got to Nyhavn (New Harbor). If you’ve seen photos of Copenhagen (or watched The Amazing Race), you’ve almost certainly seen the row of colorful buildings along the canal with sailboats moored.  That’s Nyhavn.

Then we rode onto Slotsholmen Island, the oldest part of Copenhagen (not that there’s anything left of the city from 800 years ago). We saw Christiansborg Palace 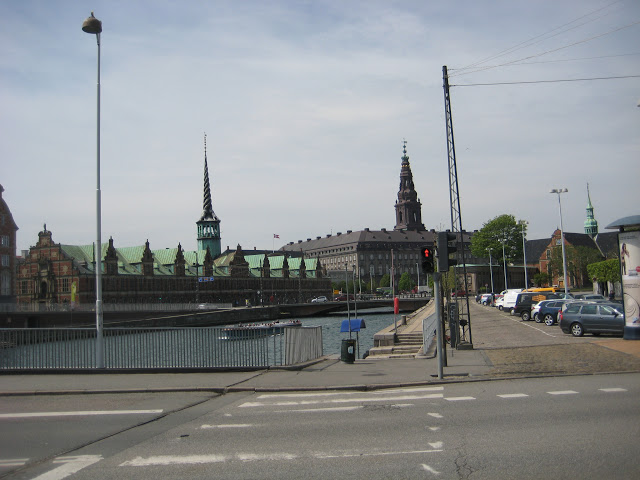 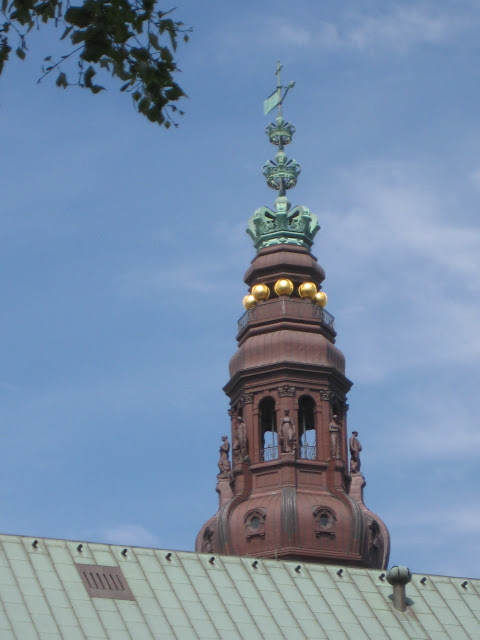 and the Royal Library (aka the black diamond).

Those are the main highlights of the tour, but in between the big attractions we passed through a lot of interesting spots. Before we got back, Mike pointed out one of his favorite restaurants, so I went back there (along with a woman from Yonkers who was also on the tour) for an expensive and fancy smorebrod lunch. 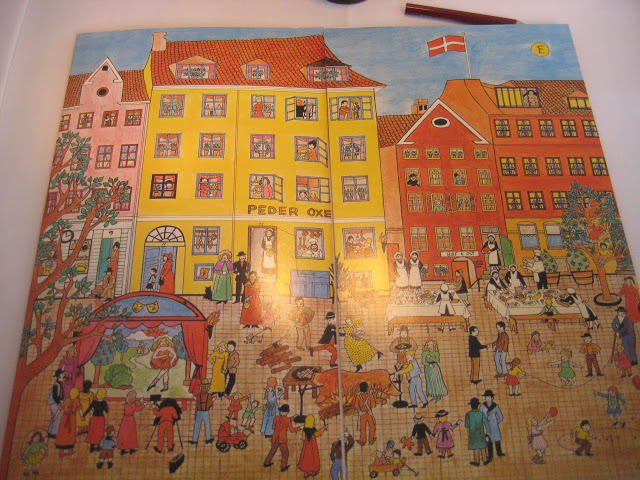 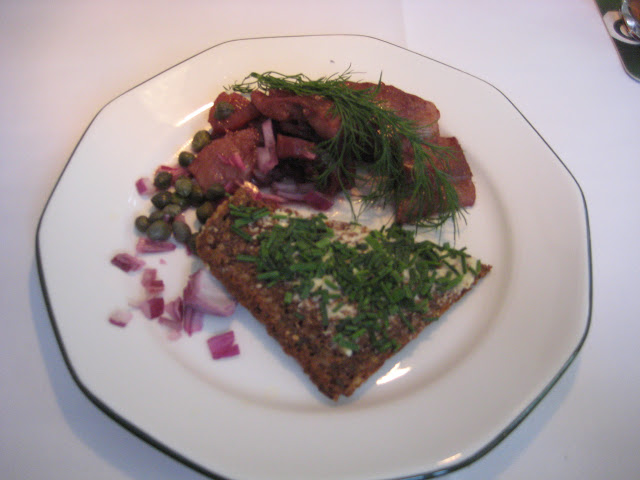 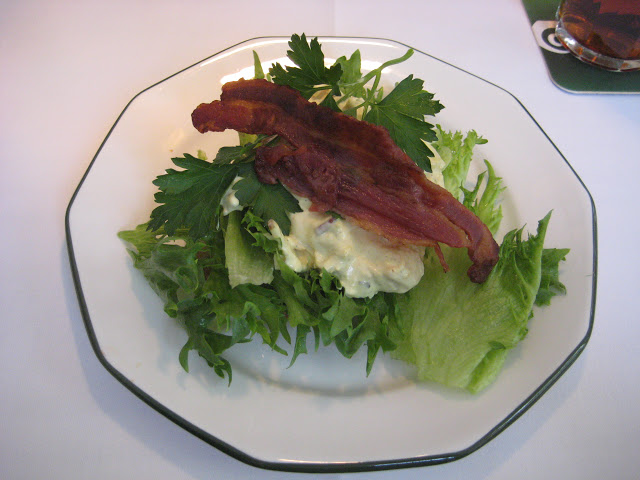 From there I struck out on foot, intending to do a tour of Rosenborg Castle, but by the time I got there, it was closed. So I just wandered around more or less aimlessly for the rest of the afternoon, found the Royal Theatre, where the ballet was playing; I would probably have bought a ticket if the box office was open, and it’s a good thing it wasn’t, because I would have slept through the whole thing.

I eventually made my way to Christianshavn, 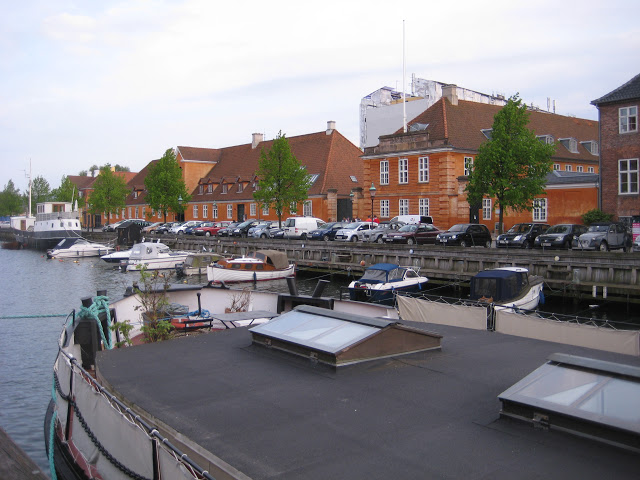 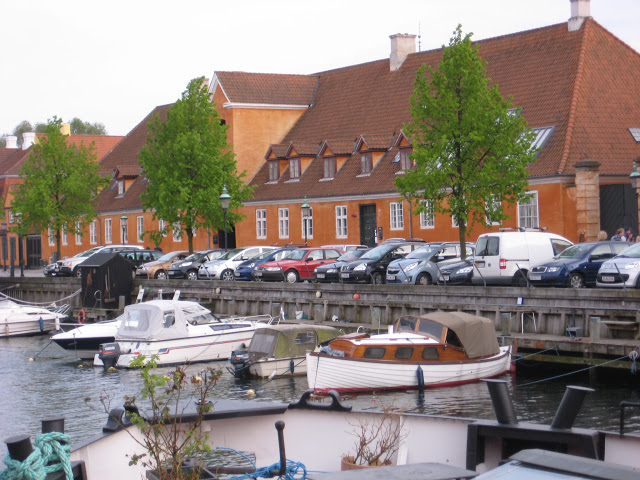 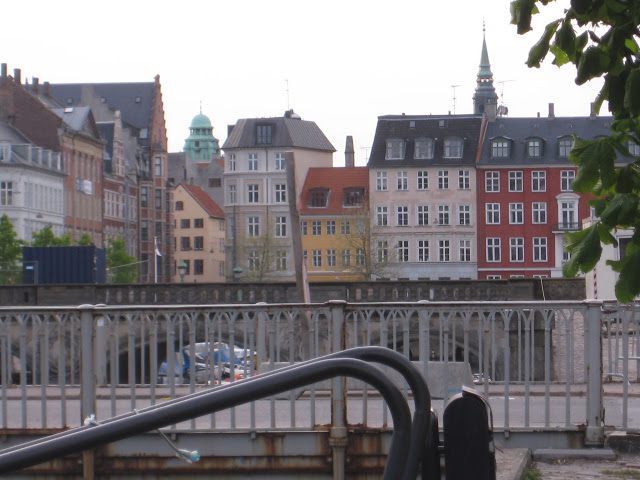 and to the Free State of Christiania (known to anyone who watches “Weeds”), wandering around past the hash merchants (where picture taken is strictly forbidden) and graffiti-covered buildings. 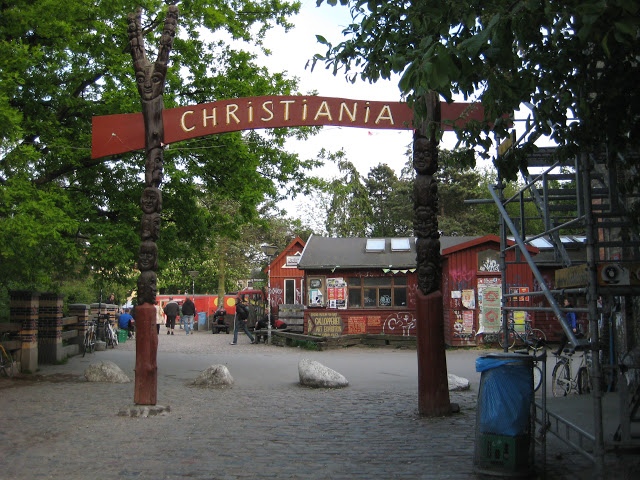 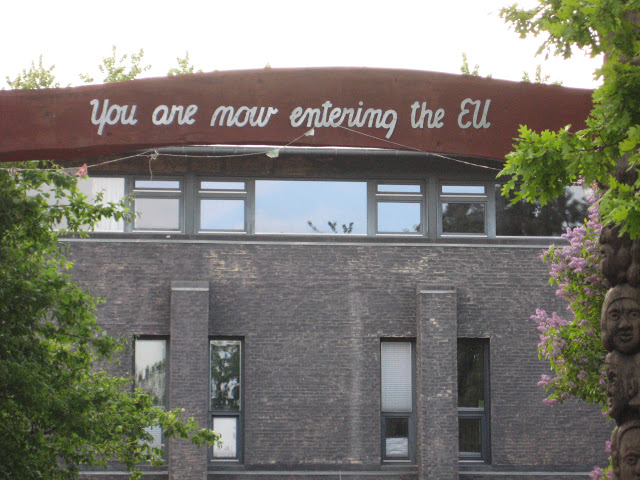 I next walked back to the Royal Library and went inside. The ultra-modern black diamond part is connected to a much older library. The juxtaposition is more jarring even than the I. M. Pei pyramids in front of the Louvre. 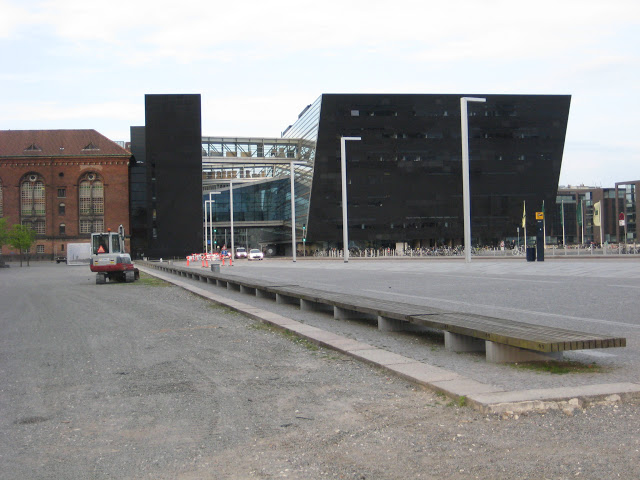 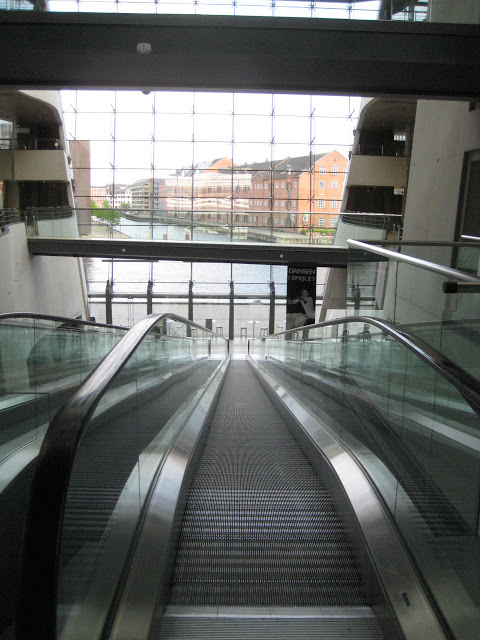 From there I walked back “home,” stopping to pick up a slice of pizza from a recommended spot in the neighborhood.

Today it’s drizzly. My plan is to take a train to Roskilde to go to the Viking Ship Museum, and then depending on time, another train to go see Fredriksborg Castle, which Rick Steves calls the “grandest castle in Scandinavia.” I hope there will still be time to tour Rosenborg Castle, since today is my last day in Copenhagen. I wish I had more time.