While I was waiting in line to board the catamaran to Hvar (along with, it seemed, every other American in Split), someone standing nearby send to his companions, “We’re splitting Split.” No one laughed, and I said to him, “I bet that’s the first time anyone’s ever told that joke.” Everyone laughed.

Well I went to Split, and then I split Split and came to paradise. And nobody’s laughing. Just sighing contentedly.

This is the view from my balcony. I’m not sure I want to leave. 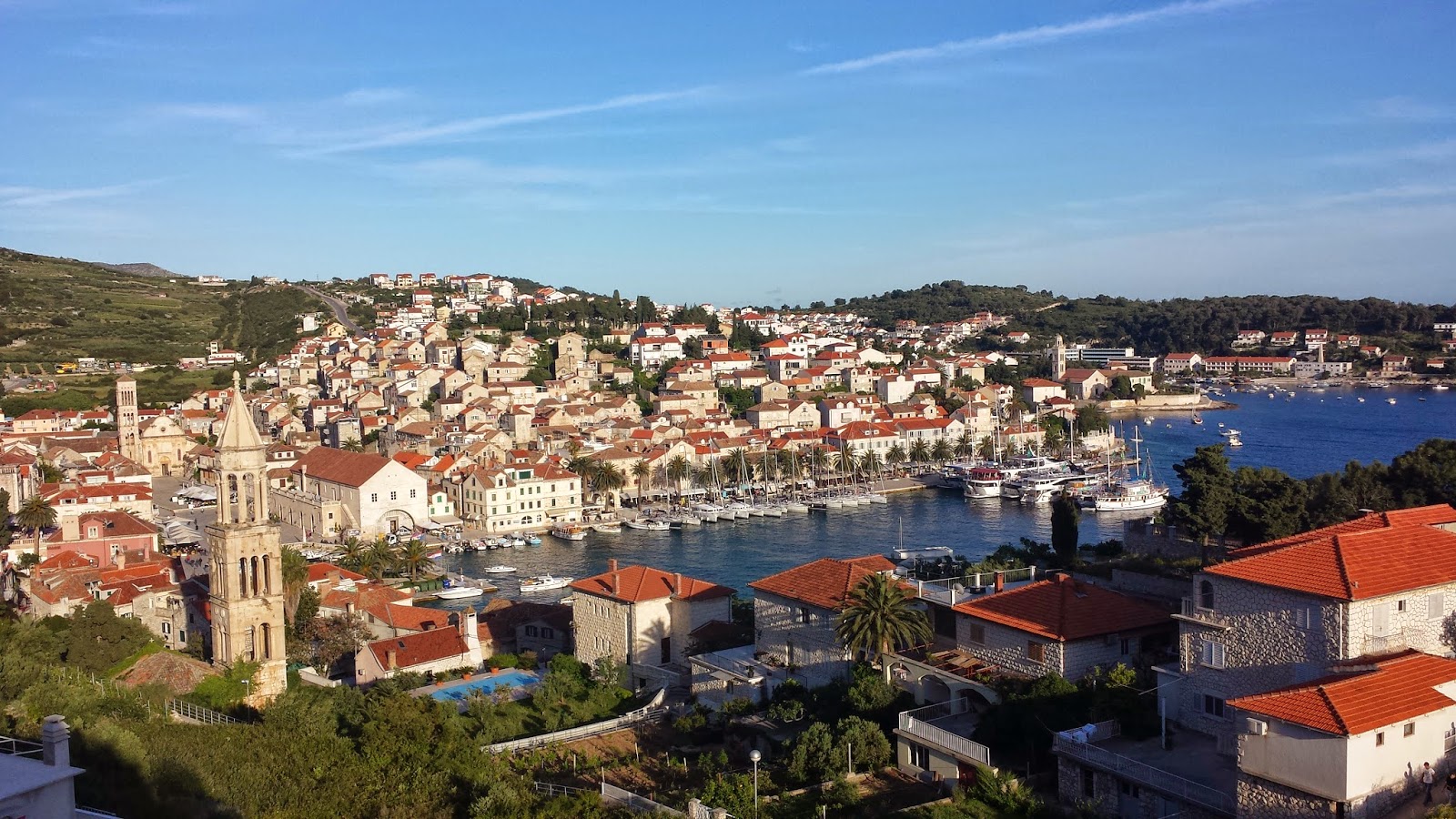 But last night I did go down to the town center (by the marina) and traded this view for this one while I ate a wonderful meal. 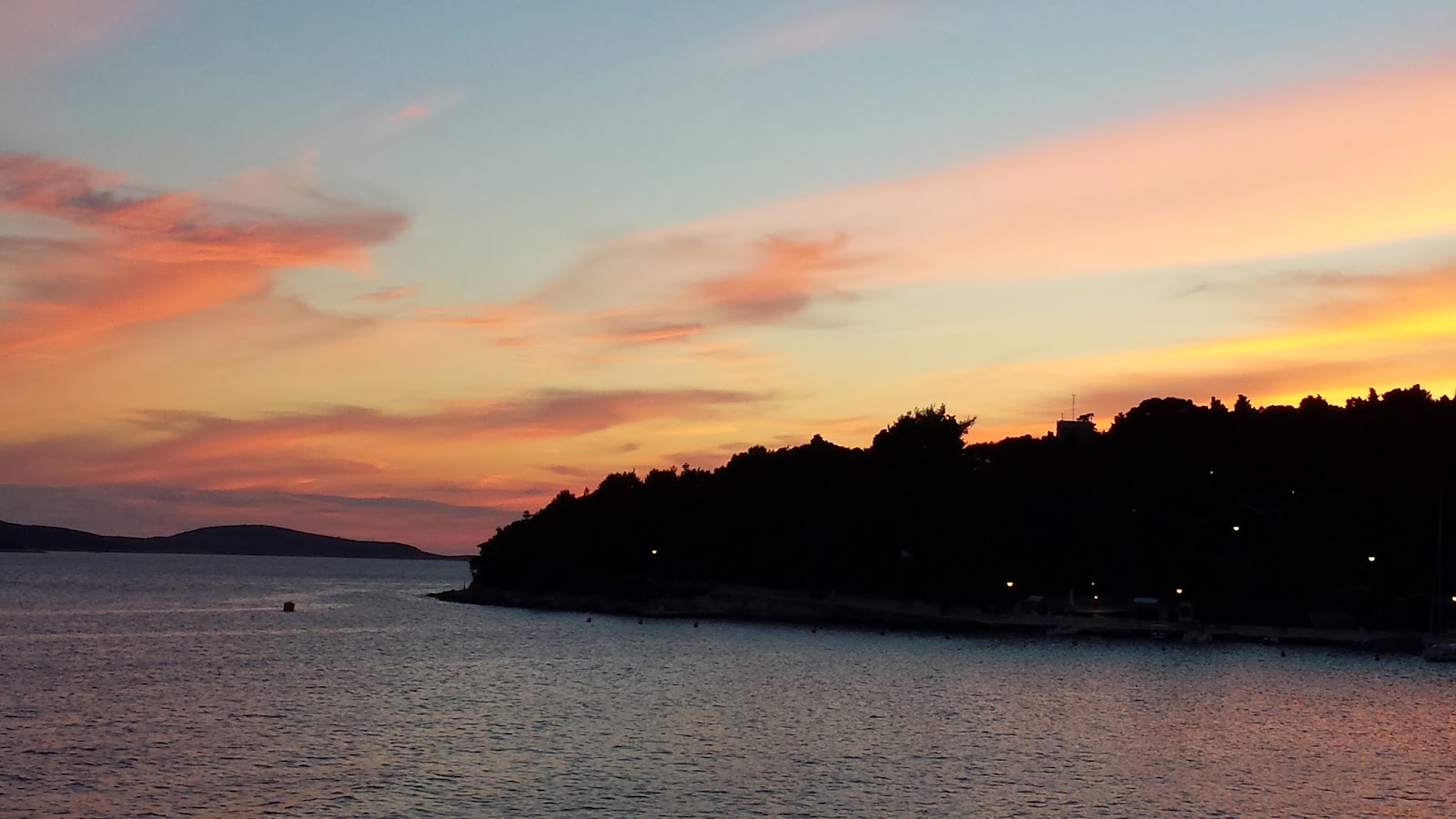 The downside of paradise is that it has a slow and spotty internet connection, so I’m going to have to limit the number of pics I include in this post. Plus it’s already 8:30 Monday morning and, as lovely as the view is from my balcony, I want to get out and do some stuff. So we’re going to call this the Readers’ Digest condensed version of visiting Split in a day.

I drove the half-hour from Trogir to Split and dropped off my car at the ferry terminal, where they also had lockers so I was able to stow my luggage for the day.  (I ended up driving just about 2,000 km in the last two weeks.)

Split really has just one major thing: Diocletian’s Palace. It was built in just 11 years and completed in 305. It’s where the Roman emperor Diocletian went to retire (as he was originally from the area).

Over the years, the palace went through a lot of metamorphosis. After the Romans came the Venetians. The Ottomans never quite made it as far south as Split, but the Hungarians did. Eventually they were driven out by the Venetians, and then came Napoleon, and then the Habsburgs. Then it was part of the Kingdom of Yugoslavia after WWI, occupied by Italy during WWII, then part of Tito’s Yugoslavia, and finally today it’s the second largest city in Croatia. Every era and every architectural style from those times left its mark on the palace, but many of the original 305 construction is still intact.

The palace is integrated into the city today. People can buy homes there. Businesses, including banks and modern shops as well as souvenir stands are in the palace. You can see some of the ruins through the windows of a bank right off the main square.

In the circular area called the vestibule where Diocletian received guests, a Klapa group was singing. I could have stood there for hours listening. I recorded one sample.

You don’t need me to tell you about Diocletian’s Palace. Read about it for yourself.

I only wish I’d had a smidge more time in Split so I could have gone to the Meštrović Gallery. But I did get to see the piece I was especially looking forward to seeing, his sculpture of Gregory of Nin, the bishop who instituted the celebration of the Catholic Mass in the Croatian language. 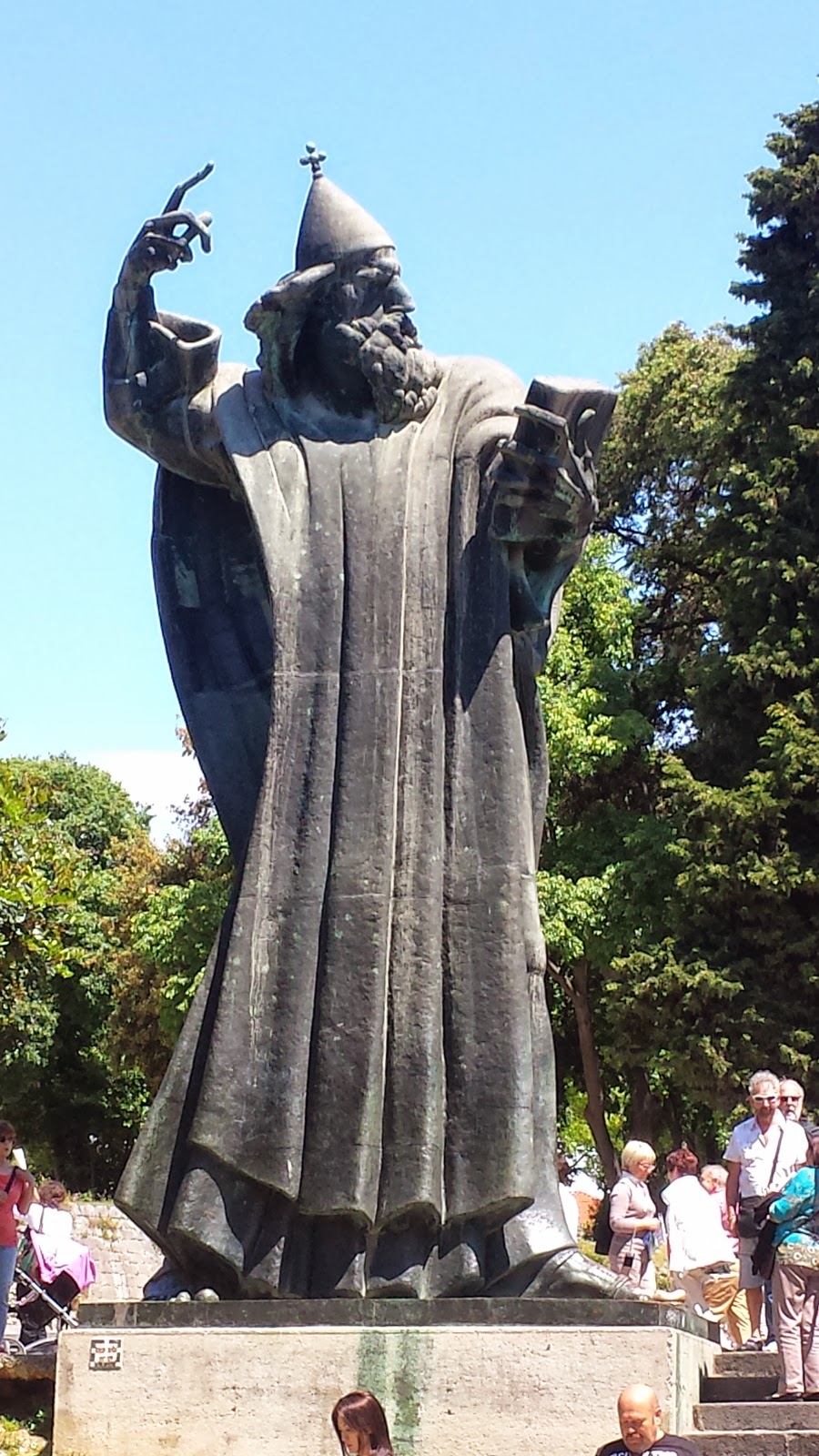 And I took a selfie. Rubbing his toe and making a wish is supposed to make the wish come true. (But it has to be a humble wish.) 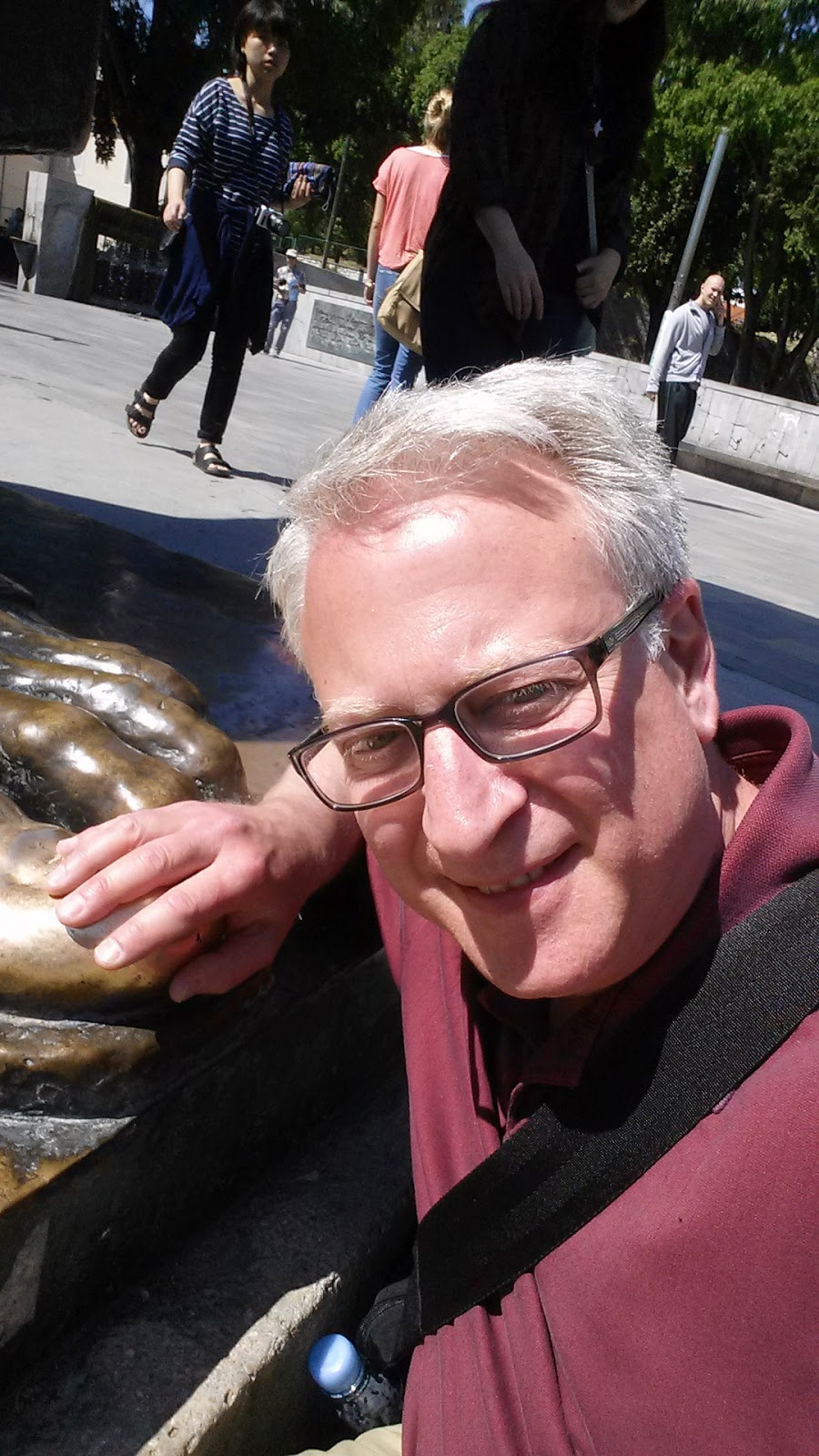 I wished for happy travels. So far, so good.

I’m off to explore Hvar.