Who would think a day in a place as serene and lovely and idyllic as Korčula would also wear me out so completely?

It’s strange, because I didn’t do anything other than wander around. I even took a nap in the middle of the day. And tonight I didn’t even have the energy to go out to dinner.

This is truly a lovely place. It’s far more laid back than Hvar. There are fewer people here (it’s still pre-season in both Hvar and Korčula, but there it seemed like folks were gearing up; here it seems like they’re just waking up from winter hibernation. There were a number of tour groups, but not as many as in Hvar, and cafes and restaurants had tons of empty tables.

The old town of Korčula is much more interesting, in my opinion, than Hvar. It’s on its own little peninsula, not too unlike Rovinj or Trogir. Hvar, on the other hand, didn’t have a clearly defined “old town” area. But unlike Rovinj and Trogir, Korčula’s old town is not haphazard in its layout. In fact, as I understand it, it was designed to allow maximum cool sea breezes and minimum hot land breezes, and to provide plenty of shade from the hot summer sun. Today was a delightful, sunny day, with highs in the low 20s (that’s mid 70s for Fahrenheit lovers), but the effect of the old town’s layout was definitely noticeable. It’s set up like the skeleton of a fish, with a main street and perpendicular streets running in both directions. But on one side the streets are straight, and on the other side they bend. I’m not sure whose clever work that was, but it made for pleasant breezes throughout the day.

There are, supposedly, sights to see in Korčula. There are a few museums, a former cathedral (former because Korčula is no longer a whatever a town has to be in order to have a cathedral), and the birthplace of Marco Polo (which is actually just a house at a location where his birthplace may — or may not — have stood).

I visited the ex-cathedral, which has a Tintoretto painting on display, but I passed up all the other “sights” and just walked around. I also went for a walk along the shore for a while in the opposite direction. And I went wading in the Adriatic, which was very pleasant. I had ice cream and bought stuff from a supermarket for lunch on my balcony.

I actually can’t remember doing much of anything else all day.

It was all lovely, though. Here are some pics. 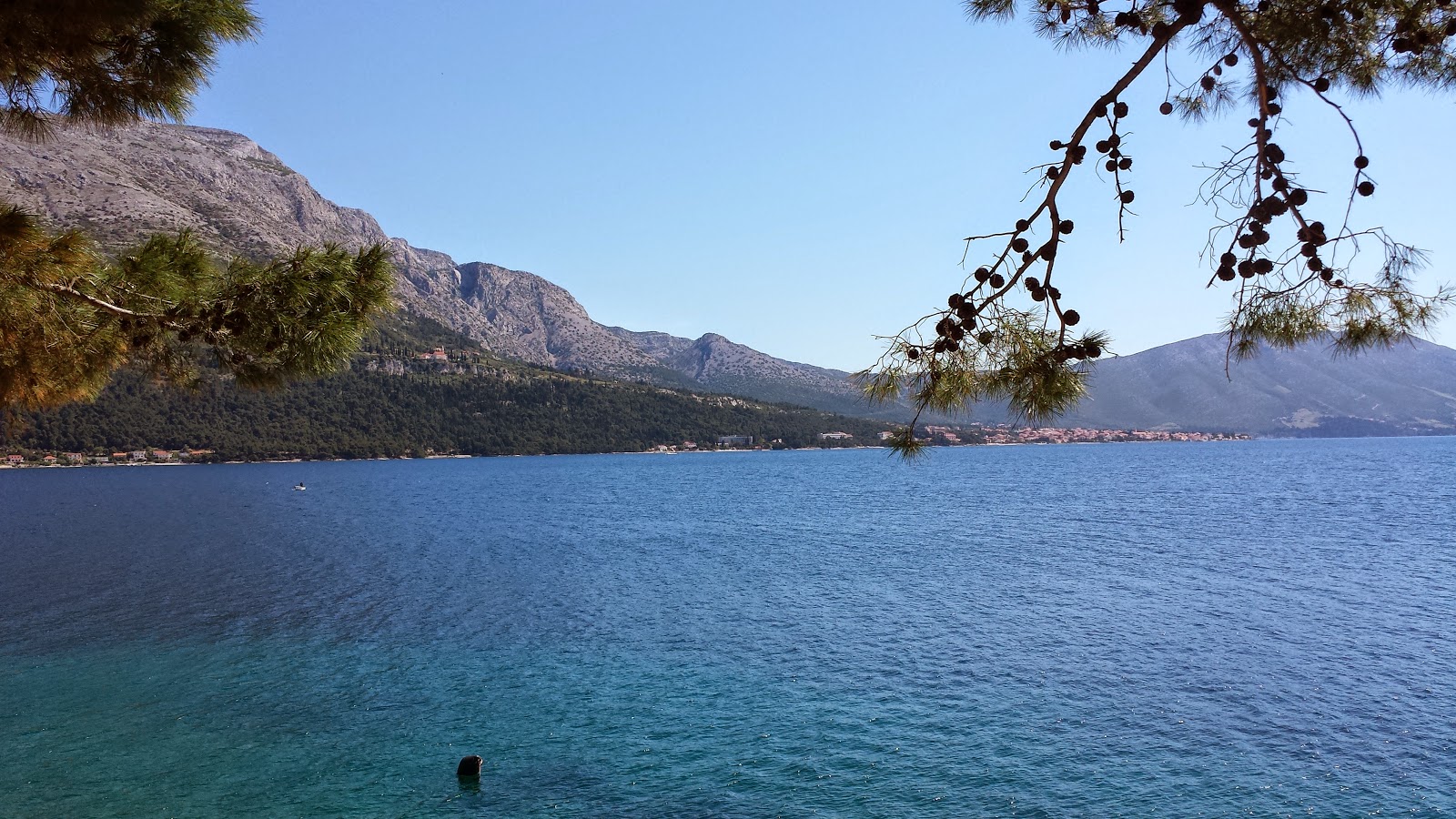 Tomorrow I was supposed to take a bus to Dubrovnik, because it’s too early for the ferries to be running, but it turns out they just started running a ferry on Tuesdays and Thursdays, so I will be going by ferry instead, which I think will be nicer than sitting on the bus.