It’s hard to believe at this time yesterday I was sitting on my balcony in Korčula savoring my last moments in paradise before getting on a boat for the two-hour cruise south to Dubrovnik. Now here I am, sitting in my very comfortable and very modernly renovated apartment, overlooking the old port of Dubrovnik and the city walls, with Mount Srđ rising dramatically up to the Napoleonic fort at its summit.

I wouldn’t say I’m still in paradise. When I arrived in Dubrovnik a little past noon yesterday, I was struck by its dramatic Baroque architecture (most of Dubrovnik’s older buildings were destroyed in a 1667 earthquake) and its throngs of sun-drenched tourists licking ice cream cones. I’ve seen plenty of tourists elsewhere on this trip (see Rovinj, Mostar, Split, and Hvar), but Dubrovnik brings it to a whole new level. And it’s still shoulder season. It was hot enough and crowded enough for me, thank you very much. I can’t imagine why anyone comes here in July and August, which is when everyone comes here.

Between the tourists I think I found the beauty of this city.


I didn’t do too much of anything yesterday other than wander. I did go into the cathedral. The interior is Baroque, like the exterior, and a nice break from the Gothic and Renaissance churches I’ve been seeing elsewhere. 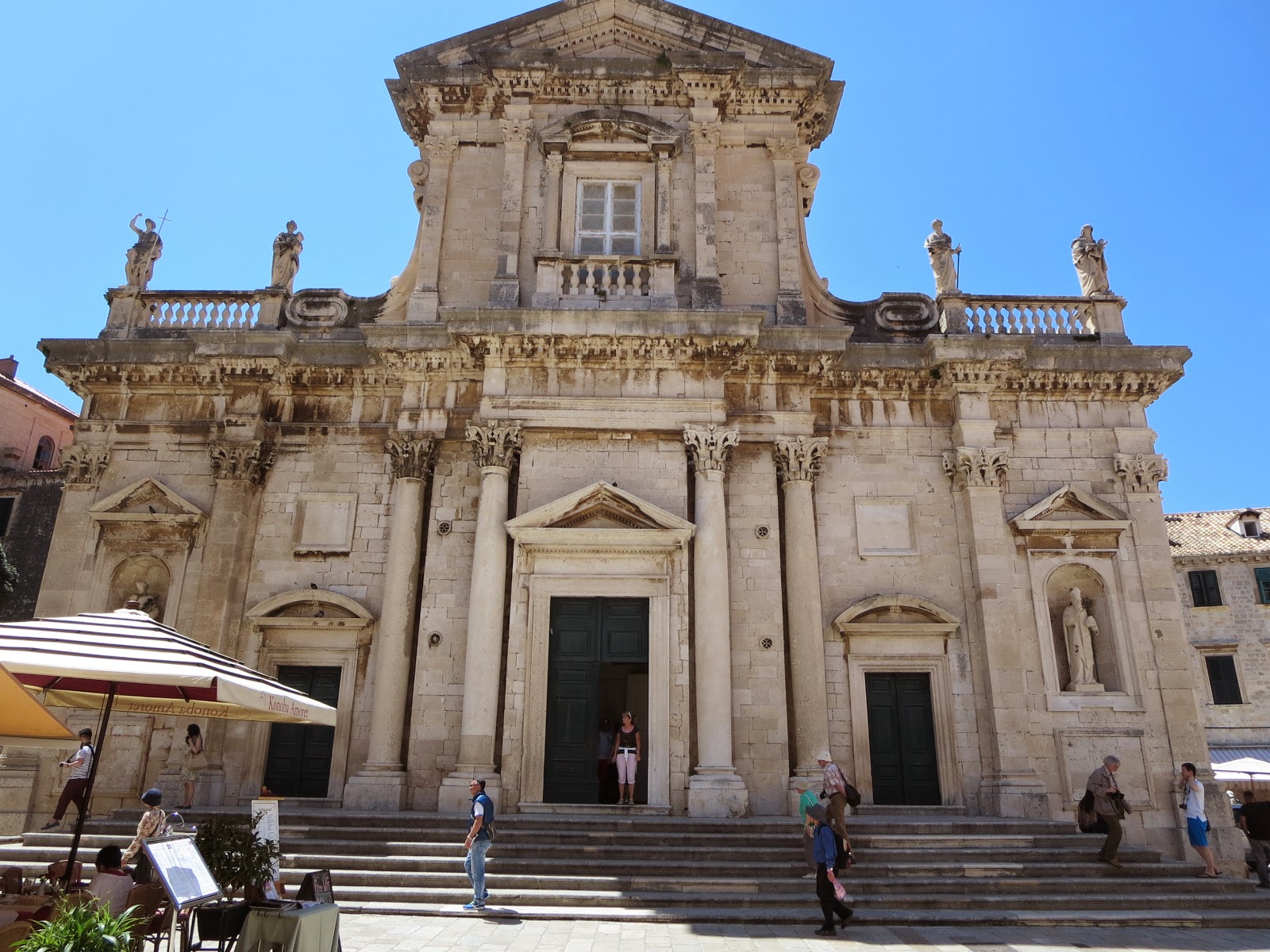 And I thought St. Blaise’s Church (he’s the patron saint of Dubrovnik) was wonderfully ornate on the outside (it wasn’t open to go inside). 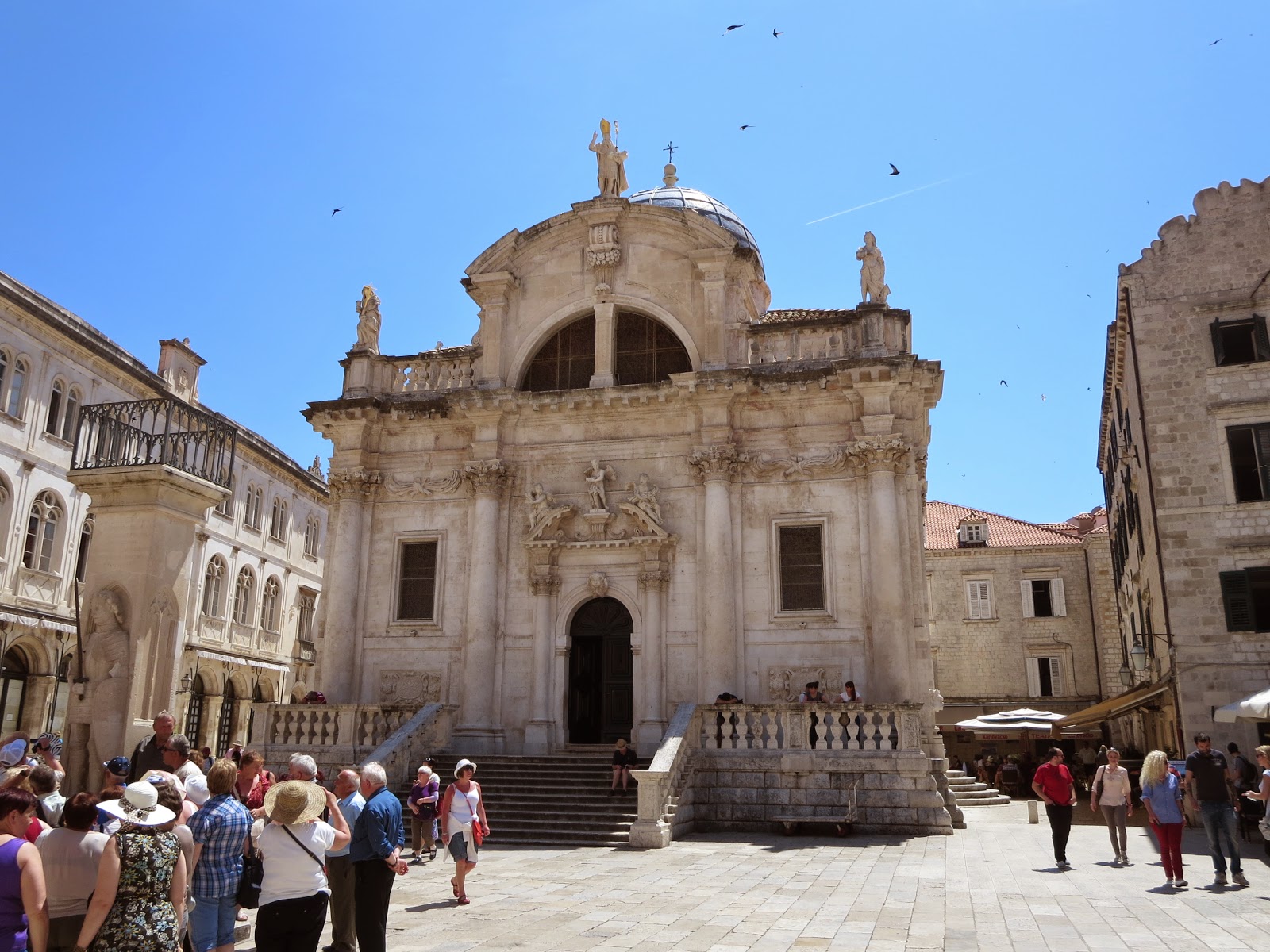 I went to the famous Buza Bar, on the outside of the walls, but my experience there was marred by two American girls at the next table discussing all the boys they’ve dated, are dating, or want to date. Frankly, after hearing about Buza and how great it is, I was underwhelmed. Rovinj did a similar thing much better. 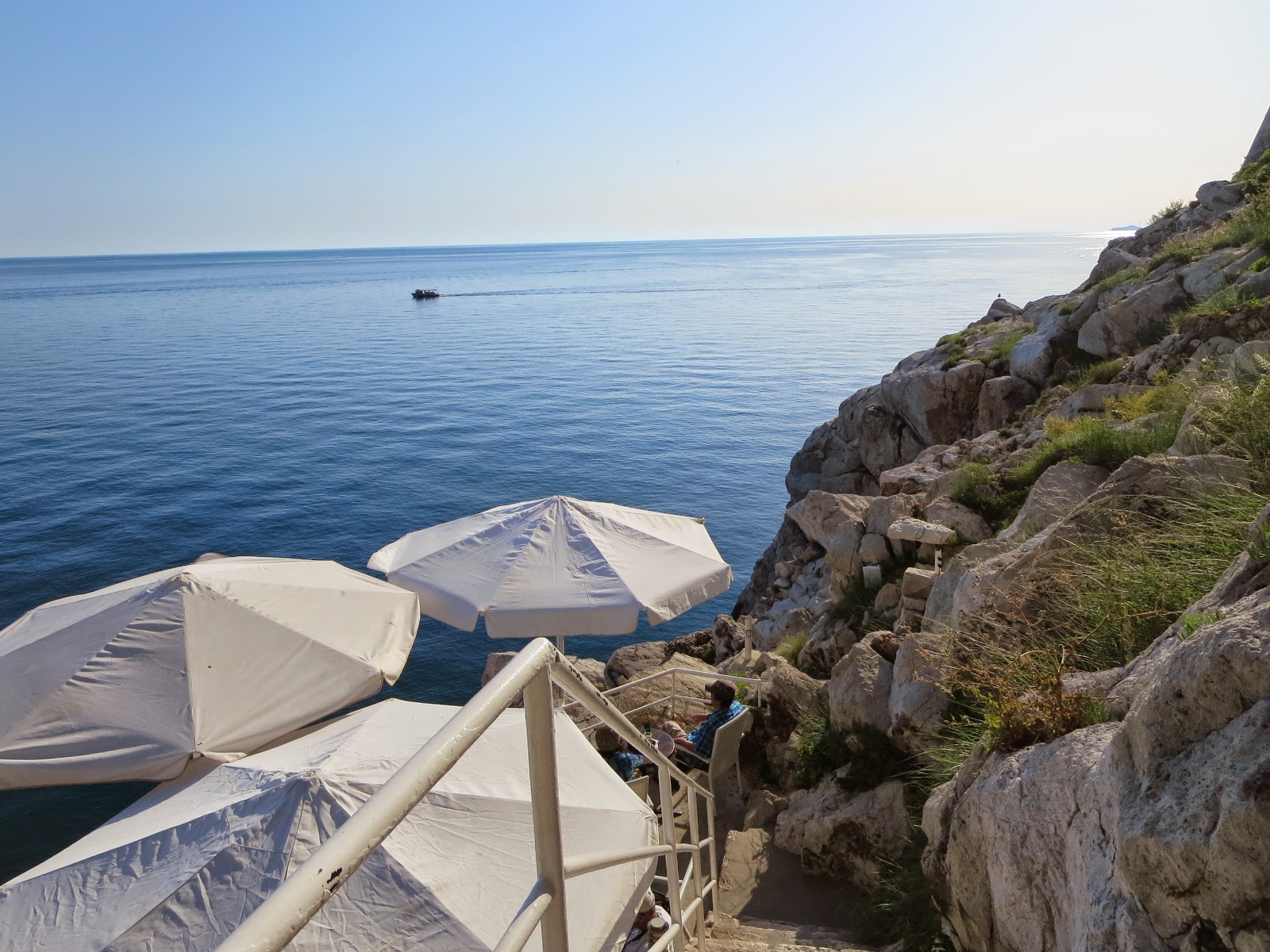 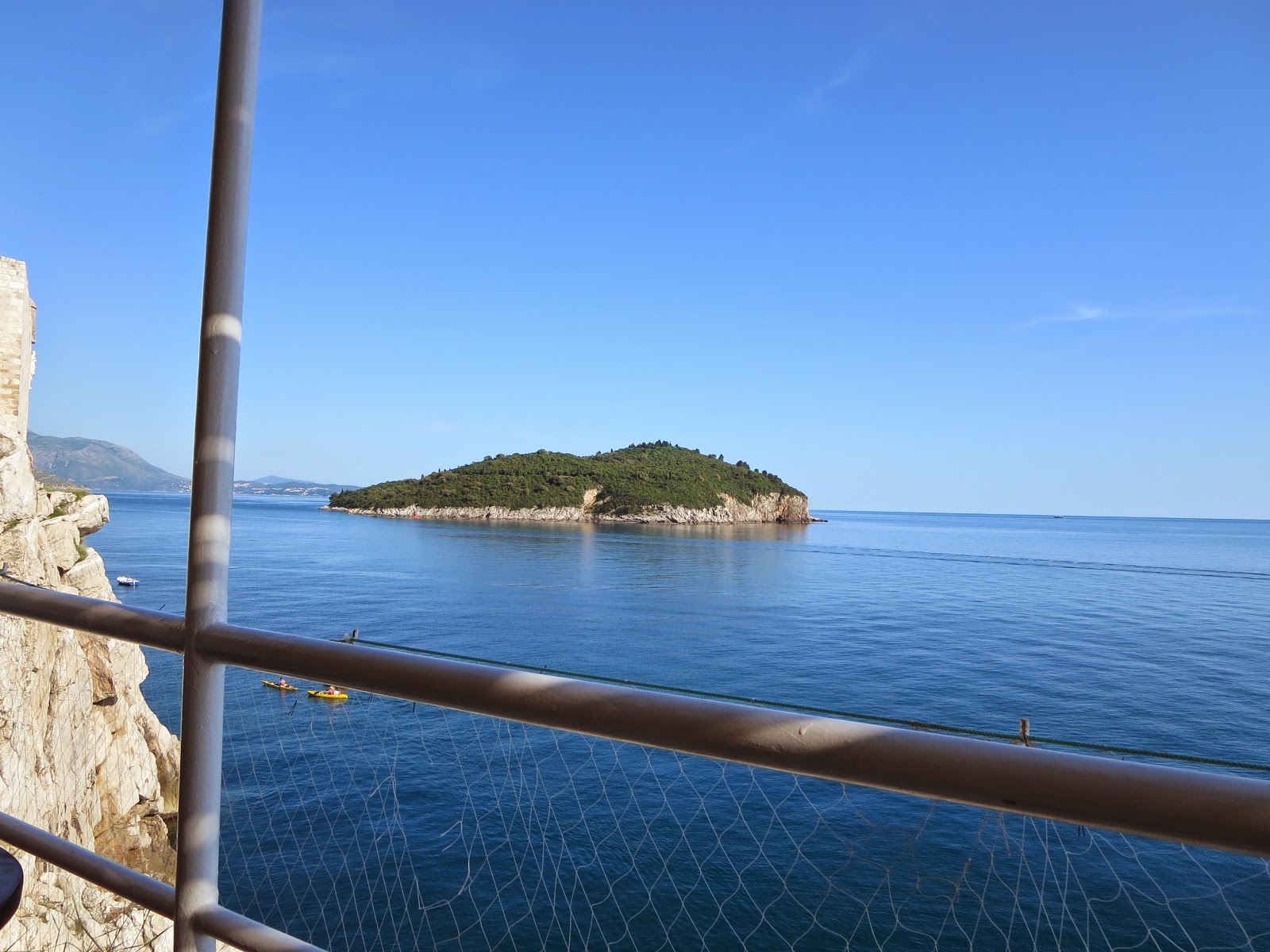 I visited the Jewish museum and synagogue. Dubrovnik has Europe’s second oldest synagogue (after Prague). Photos weren’t allowed. I chatted briefly with the woman at the desk about Jewish life in Dubrovnik. The street with the synagogue was a ghetto, but Jews were free to come and go, except at night, when the entire city was effectively locked down. She seemed to be defending this. I mentioned that I’d been to Sarajevo, where there was no ghetto, and she said she was from Sarajevo. It struck me as odd that she would excuse the city of Dubrovnik for confining its Jews into a single street. Today there are just a few dozen Jews in the town, and they only hold services during High Holy Days, when a rabbi from Zagreb comes to Dubrovnik. She said it’s hard to get a minyan much of the time.

Downstairs from the synagogue was a painter’s studio. The painter, a Jewish woman who has lived her entire life in Dubrovnik, was there, and I admired her paintings, and I bought a small one.

I must go meet my tour guide who is taking me on a day trip to Montenegro. I didn’t get a chance to write about the charming Irish ladies, Anna and Mary, I had dinner with last night. 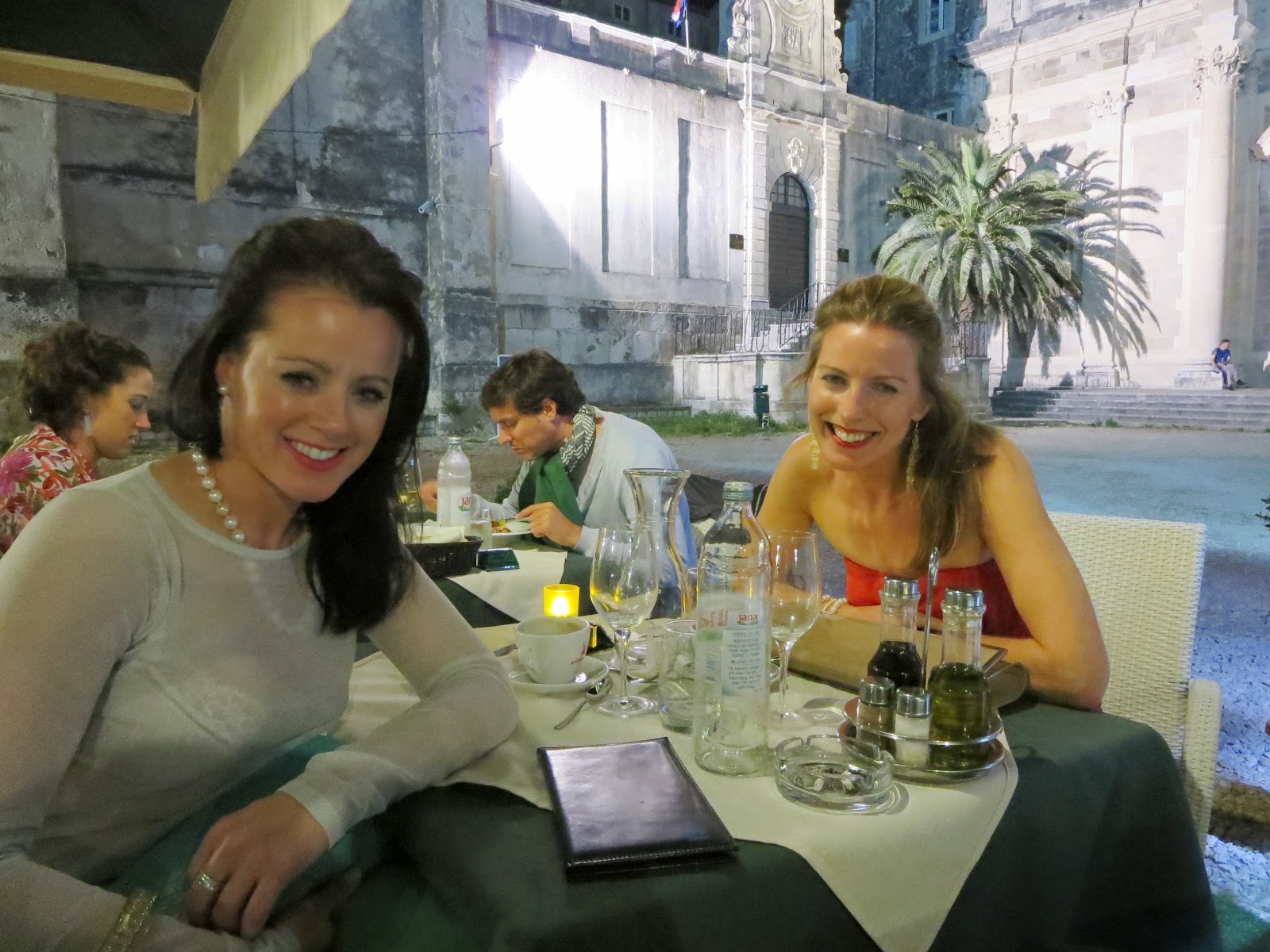 Tomorrow I’ll do more Dubrovnik stuff and write more about it.

Off to Crna Gora!