If I remembered how awful it is to sit in an airplane for 9+ hours, I would start having second thoughts about my love of travel.

But here I am in Ljubljana, seeing the stuff I’ve been looking at pictures of, only it’s real! And it’s charming.

The flight from Seattle to London was long. And it felt long. Here’s how long it felt: I watched The Wolf of Wall Street, stopping several times for naps, and that movie is really really long.  And then I still had time to watch Frozen before we landed.

Still, it’s been a long time since I had airplane food (including wine) I didn’t have to pay for, so even if they ran out of the chicken and I had to go with the pasta, and even if the pasta was really bad (and so was the wine), and even if the breakfast was a stale, cold croissant, a granola bar, and a packet of craisins, I appreciated getting food. On the other hand, the guy sitting next to me had four cocktails, and I realized that’s included in the cost of my ticket.

Arriving at Heathrow and making my way from Terminal 5 to Terminal 1 (I lost count of how many different escalators were involved in addition to the underground tram and the ten-minute bus ride and the three separate “Where do I go?” requests, after which I still got in the wrong line once) reminded me of why I love traveling after the long flight that almost made me forget.

The flight from London to Zagreb was short, and the airport is tiny and I was through customs in no time. Troy was waiting (she’d gotten in about a half hour before me), we picked up our rental car, and somehow ended up on the right road to Ljubljana.  Other than a very long wait at a toll booth and a slightly shorter wait to cross the border from Croatia into Slovenia, we made excellent time.  It can be unnerving to drive 110 Km/h and get passed by cars whizzing by.  So I upped my speed to 120, and still got passed a lot. But the 140 Km drive certainly went fast. We had good directions from Google, except one of the streets was closed, so we got lost and then managed to get found again, and made it to the Slamic B&B, which is charming and comfortable.

After getting settled and cleaned up, we walked to the old town.  It looks just like I imagined!  I took some pictures.  Here’s a sampling; for more, check out my album. 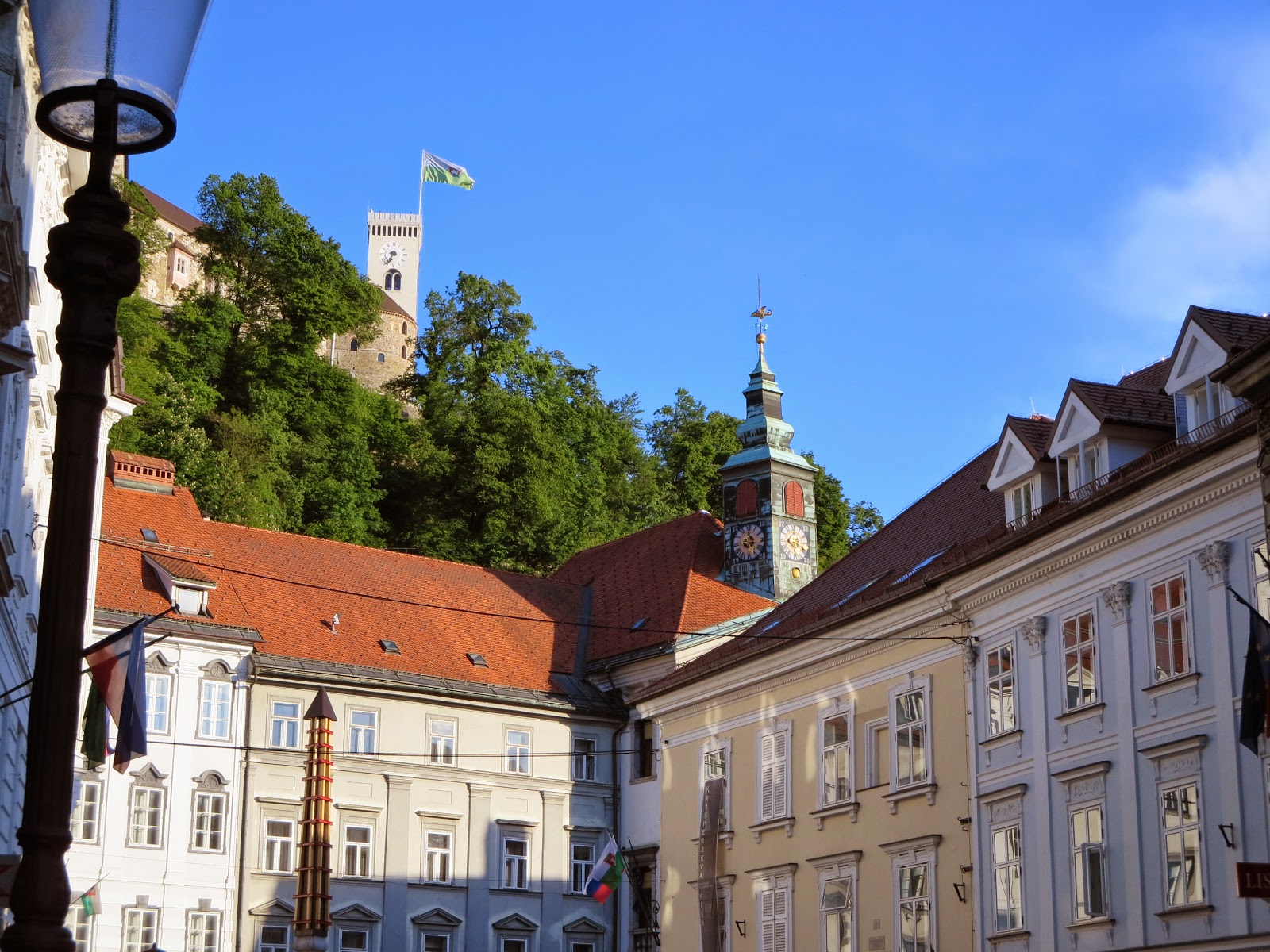 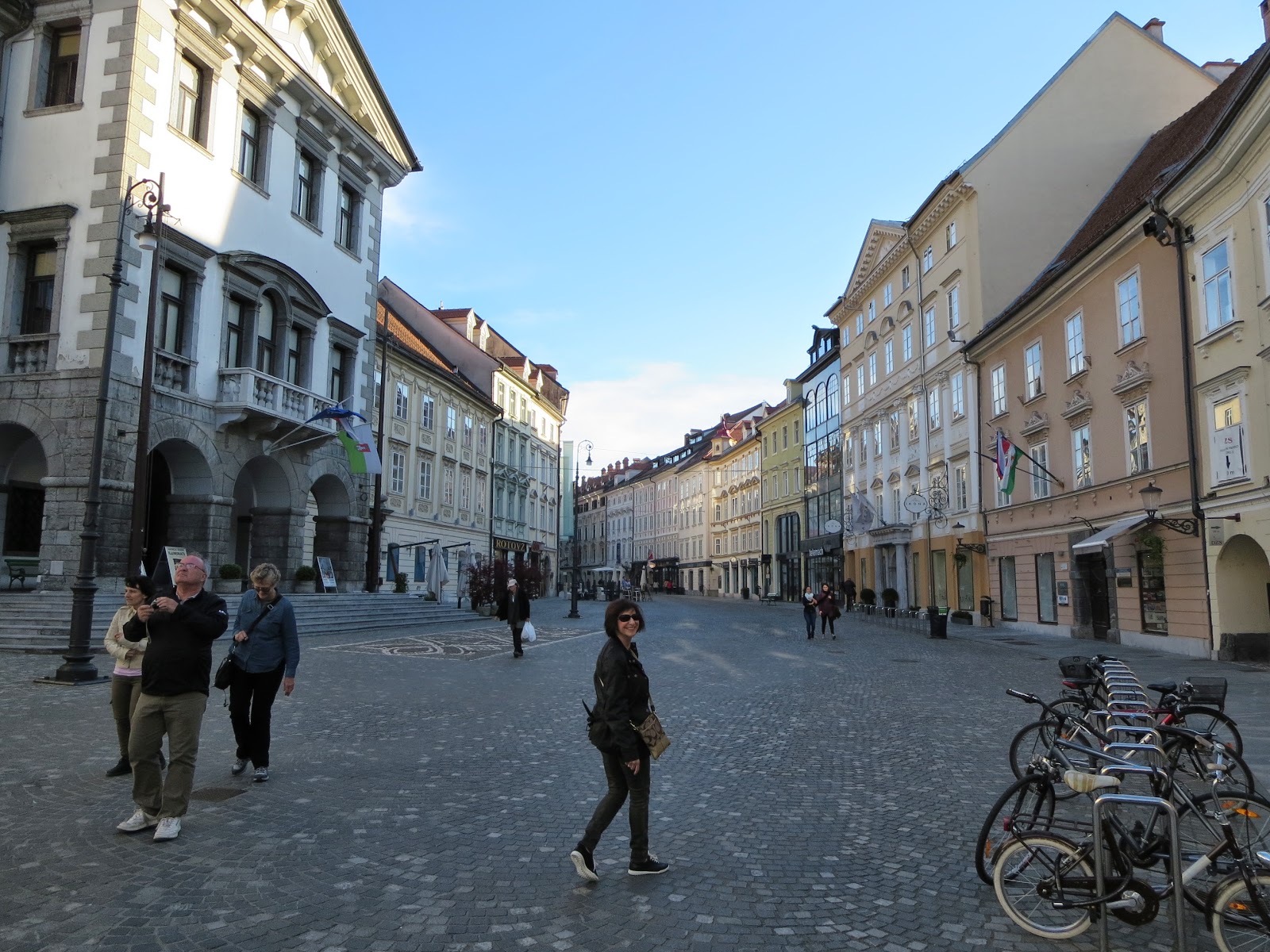 But we were hungry, so I put the camera away and we found a restaurant, Julija, recommended both by Jasmin (the manager at the B&B) and in Rick Steves’ guidebook.  The food was excellent.

And then, of course, we had some gelato, because Slovenia does ice cream just about as well as Italy.

Tomorrow we will explore Ljubljana in more depth, so I’ll have a lot more pictures.  And memories.