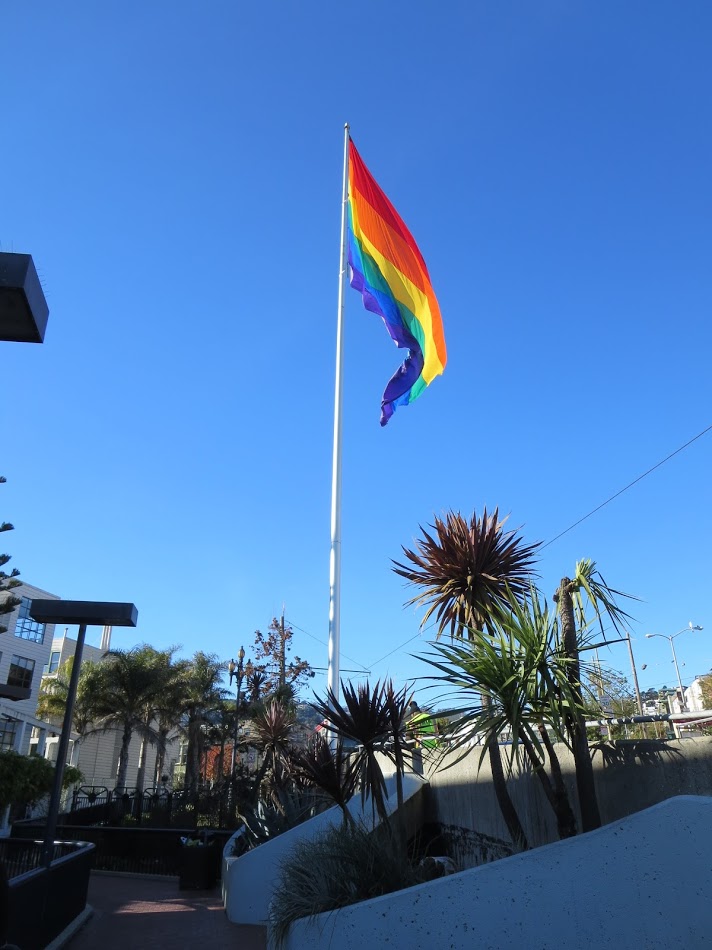 Is there is a difference between being a gay traveler and traveling while gay?

One of the blogs I most enjoy reading is called “Travels of Adam.” Adam Groffman started his blog in 2009, when he was still working as a graphic designer in Boston. He was on the verge of turning 25, and he was also on the verge of quitting his job and embarking on a trip around the world. Since 2011 he’s been living in Berlin. In addition to writing his blog, Adam has a series of Hipster City Guides that highlight what he considers the cool places to go in each of fourteen (mostly European) cities.

If you visit Travels of Adam, you will be struck by his glorious homepage banner.

There’s no mistaking the approach Adam takes to his travels and his blogging. He is a gay traveler. You can expect he writes about travel from a gay perspective. Here are the titles of his ten most recent posts as of this writing:

I count four gay topics. (I verified that the 3 best books for long-term travel aren’t about long-term gay travel. And the better Instagram photos aren’t of hot guys in Speedos. And the 5 things Adam loves besides traveling aren’t five positions for gay sex. (They are cooking, swimming, live music, nature walks, and shopping.) (OK, that last one might be kind of gay…)

What I especially love about Adam’s blog is that he makes it abundantly clear that many of the things a gay hipster might do when traveling are a lot like the things a distinctly non-hip gay man might do. And, by and large, they are the same things that a non-gay, non-hip, non-male traveler might do.

So what is the difference?

When I first started to write this blog post, I was sure I knew the answer to that question. But now I’m doubting myself. It’s true that I don’t typically go looking for gay clubs and hipster nightspots, but I have ended up dining in some of Adam’s recommended hipster restaurants, and I have certainly visited many of his recommended sights.

In Copenhagen and Oslo I chose to book lodging through Airbnb in the homes of gay couples. This didn’t serve as an entree into the underside of gay life in these cities. In fact, it didn’t feel particularly different from sleeping anywhere else, except I had the opportunity to engage in conversation with them. We didn’t talk about “gay” things particularly. I didn’t get tips on where to go to meet gay people. I didn’t ask, “What’s it like to be gay in Copenhagen?” or “When did you come out in Oslo?” We talked about work and travel and culture and politics. Elsewhere, I have stayed in B&Bs or hotels or guesthouses where the owners were not gay. And I’ve had conversations about work and travel and culture and policics with them as well.

Occasionally I do find gay clubs or meeting places in some of the places I visit. I also look for sights that have some importance in gay history or culture. I also occasionally find bridge clubs or classical music concerts or nature hikes — just as Adam finds cooking classes, swimming pools, or live music venues — because these are some of my other interests. And I go to see the sights wherever I am: museums, castles, old churches and cathedrals, farmers’ markets, cafes, restaurants, and shops, the same ones that are listed in Adam’s Hipster Guides, because they’re also listed in my Rick Steves or Lonely Planet or Fodor’s guidebooks.

Something else that occurs to me: I also travel while Jewish. I am not a Jewish traveler, but I do find and take special interest in places and things that tie into Jewish culture and Jewish history. In Venice I took a tour of the Jewish ghetto. In Amsterdam I went to the Jewish Historical Museum. I don’t go out of my way to seek these things out. If i were a Jewish traveler, I would seek out destinations on that basis. I would make that the focus of my travels and of my blog.

So I think this is the answer to my question:

Gay travel is focusing on gay activities while traveling, whatever they might be, but also doing things that all travelers do. If you are interested in gay travel, you might schedule your travels to coincide with Pride celebrations. You probably seek out gay neighborhoods and try to connect with gay locals and other gay travelers. And when you do regular traveler things, you maybe bring a gay perspective to the experience. In an art museum, you might seek out works by gay artists and emphasize them when you blog about them. Or you might read up on famous gay residents of a city and look for sites related to them.

Traveling while gay is focusing on the things that all travelers do, but also doing your favorite gay activities. And you might have the exact same experiences as the gay traveler.

I don’t think of myself as a gay traveler. But wherever I go, I’m traveling while gay.