It’s my last night in Reykjavik, and the last night of my Nordic adventure. Tomorrow at this time I’ll be home. Well actually, I’ll still be in the air somewhere over Canada, as it’s still afternoon in Seattle, and my flight, which takes off at 17:00 local time, lands at 5:45 p.m. Pacific time. In seven hours and forty-five minutes, I will cross seven time zones. This makes me wonder. If you walk in a circle around the north pole, do you pass through all 24 time zones? And what time is it at the north pole?

Today I realized that wherever I went in Iceland was the most beautiful part of Iceland and perhaps the most beautiful part of the world. The three tours I took provided the opportunity to meet a range of interesting people as well. My advice to anyone going to Iceland is to book small tours. Today it was just me, two blokes from London, and the driver/guide, Ýmir, from MyReykjavik. Although all three tours I took were terrific, I can’t recommend this company highly enough. I wandered in my first night here because they’re like two doors down from where I’m staying.  Ýmir and Hrefna were so warm and welcoming, and with their help I put together a perfect itinerary. Only today’s tour was actually run by them (Ýmir drove; Hrefna stayed behind to run the business). When I first went in, they weren’t sure the tour would make, and when I checked back the next day, they still weren’t sure. But Ýmir said he might need to go just to get out of the office and scout the locations, and I told him he could take me with him. He ended up getting these two Brits as well, and we had a great time. The day felt more like going out for a drive with friends than being on an organized tour. In fact, when we reached the final destination, Ýmir spontaneously suggested that we take a longer way back if no one was in a hurry to return to Reykjavik. So what was supposed to be a ten-hour tour turned out to be thirteen hours.

The tour was to the Snæfellsnes Peninsula. The first stop was to a natural hot spring in a secluded area that almost no one other than locals knows about. There we drank Prosecco and soaked in the warm water. After a while some locals showed up, a family of three generations, and we all got acquainted. It was a regular hot tub party! 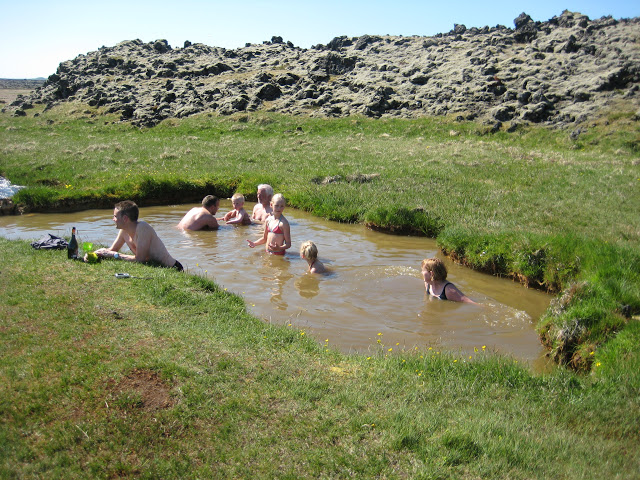 From there we drove along the southern coast of the peninsula, saw amazing scenery, enjoyed a picnic lunch on the beach, including some rotten shark washed down with Brennivín, visited a hotel with an amazing view of Snæfellsjökull glacier and had shots of Reyka vodka (handcrafted in Iceland), then drove on to see more amazing scenery. Saying we saw amazing scenery, though, is like going to see Hugh Jackman on Broadway and saying we saw a show. 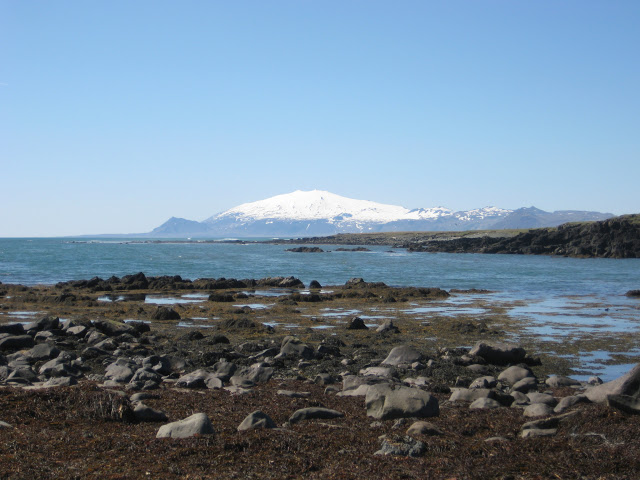 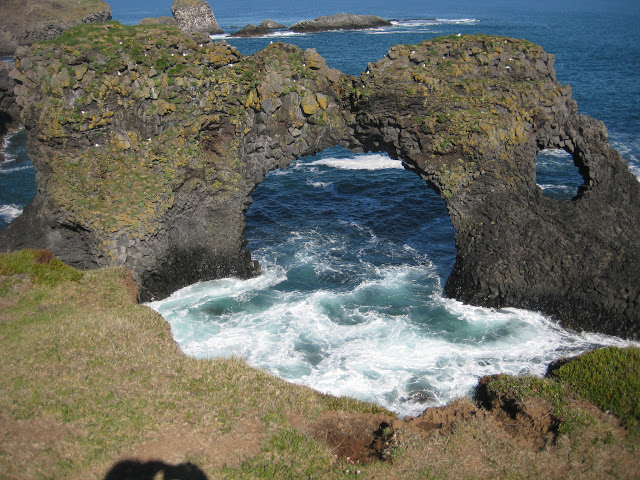 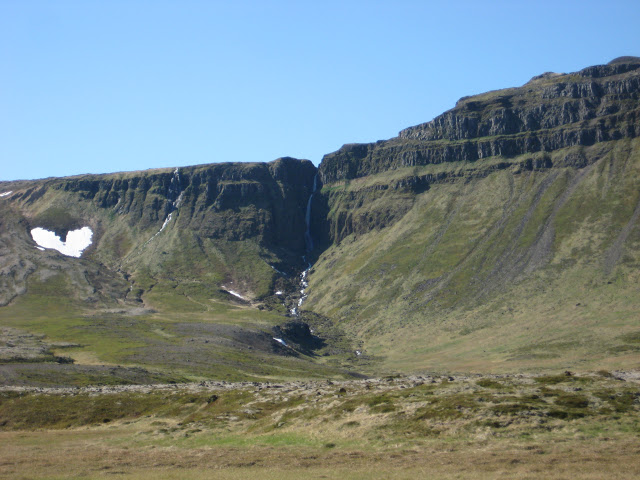 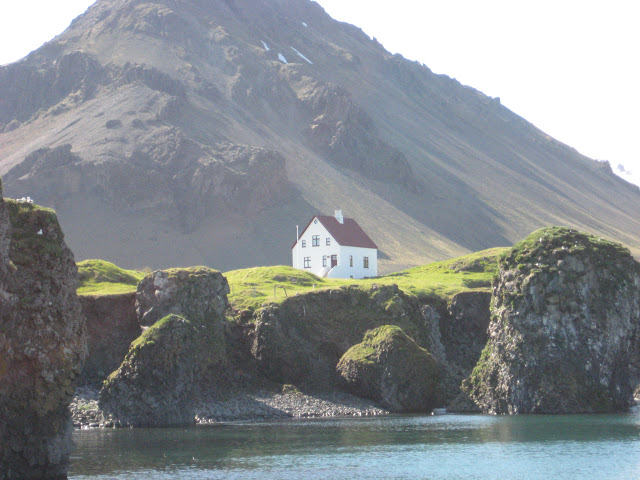 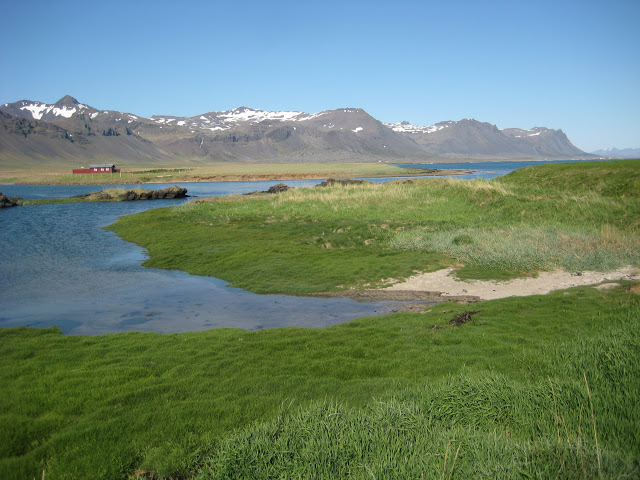 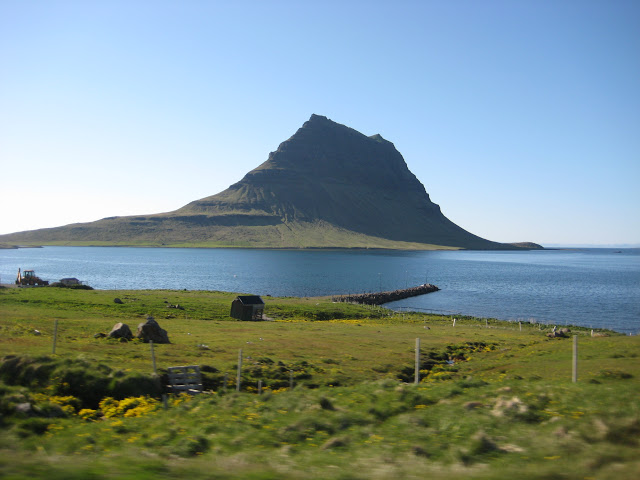 Not renting a car turned out to be a brilliant decision. Each day I did something I could never have done on my own in a car, plus I met some great people.

Tomorrow I get picked up at 9:00 and head to the Blue Lagoon, where I can spend about four hours before I head to the airport.

I’ll blog about the Blue Lagoon, but most likely not until I’m home.