I just deleted my entire blog post as I was attempting to copy it. So this is my second attempt, and it won’t be as interesting or as witty as my first.

When I got to the train station this morning to make my reservation, I learned that all the express trains to Stockholm were fully booked. So I was forced to take a train that left Kalmar a half hour earlier than planned, and arrives in Stockholm 85 minutes later. The booking agent was extremely helpful in getting me the best combination. It meant changing in Linköping instead of Alvesta, so if there was any problem like on Friday night with the bus, I didn’t have it this time. Right now I’m on the second leg of the trip, riding in a nasty car that’s too warm even with the windows open, noisy, crowded, and I’m facing backwards in a window seat that has no window, just a pillar between two windows.

The nice part of the trip, from Kalmar to Linköping was in a half-empty car with lots of space. I like the trains with “booths”; this one just has rows of seats, not much better than an airplane.

What was especially nice was that I struck up a conversation with a young woman sitting across the aisle, traveling with her infant daughter home to Stockholm from a weekend away. She saw the my luggage tag and realized I was from someplace “strange” and asked me where, and so we got talking, and she gave me some good suggestions on places to go and things to do and places to eat in Stockholm, and even gave me her phone number and said to call her if I got bored and wanted to come see how normal people live.

The layover in Linköping was a little over an hour, enough time to wander through town. It’s actually a large university town. I found the big Gothic cathedral and went inside. I’m glad I had the chance to see it. 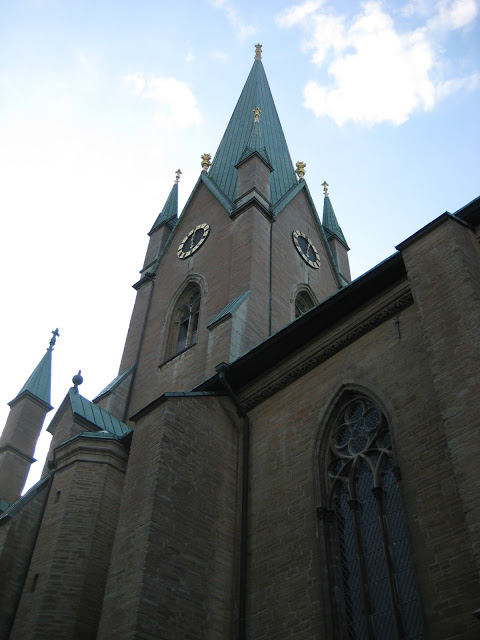 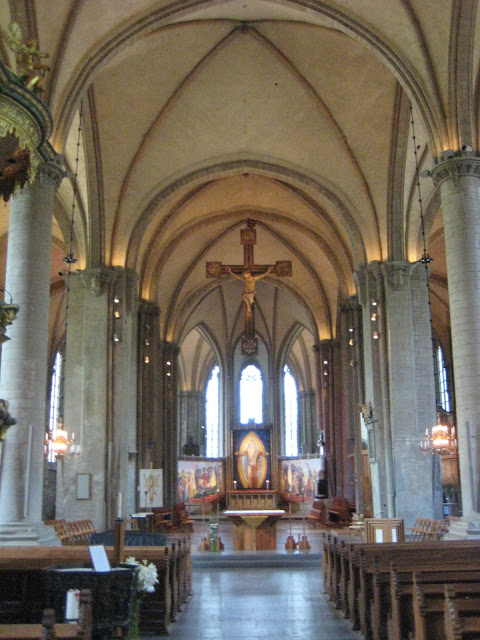 Incidentally, the ‑koping part of  Linköping  is pronounced like “shopping,” and I think that’s what it means. I read somewhere that towns with ‑köping in their name (and there are quite a few of them) were originally market towns.

But back to Kalmar. From the train station I went back to the hotel to check out. It turns out the reception was actually at a little cafe next door. They told me I could keep my luggage in my room and hold onto the key until later, so that worked out well. They had pre-wrapped sandwiches, so I mentioned that when I came back I could pick up a sandwich for the train. He said they would be closing, so I should take one now, and a drink on the house. That was a nice bonus!

From there I headed to the castle. The interior was nicely reconstructed. I wasn’t allowed to use a camera, but I took a few pictures anyway, surreptitiously with my phone. 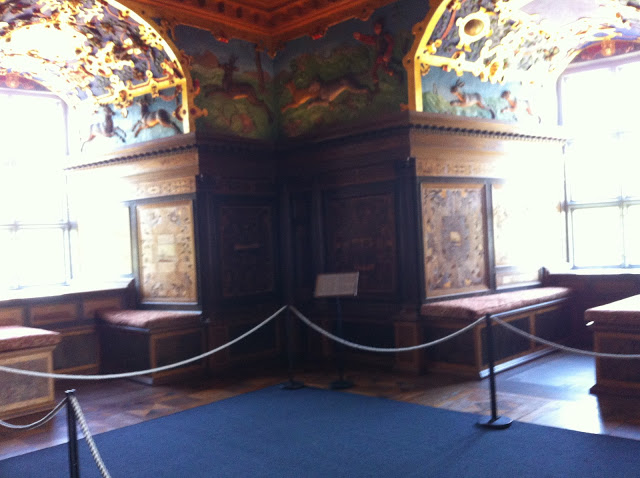 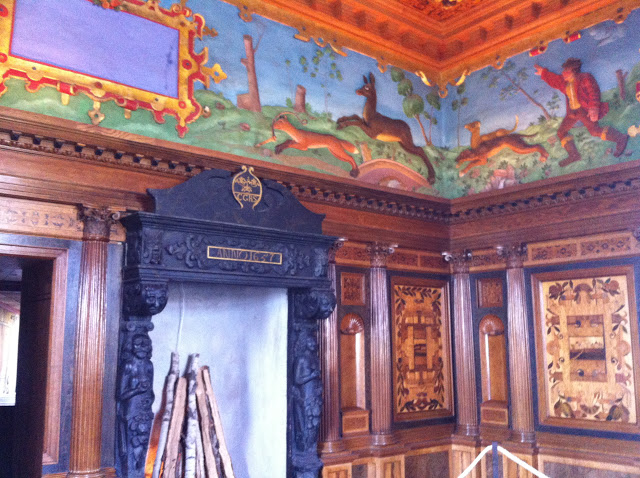 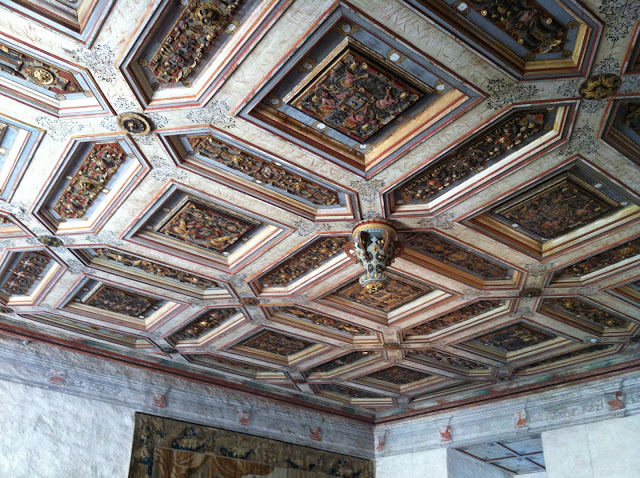 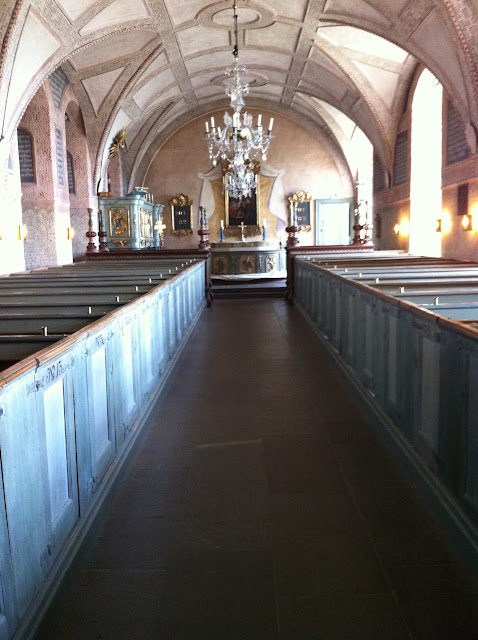 Still, the most impressive thing about the castle was not the interior but it’s setting on the island. I couldn’t stop taking pictures of it from every angle, in all different light from morning to evening.

I also stopped in the cathedral, which is the largest Baroque cathedral in Sweden. 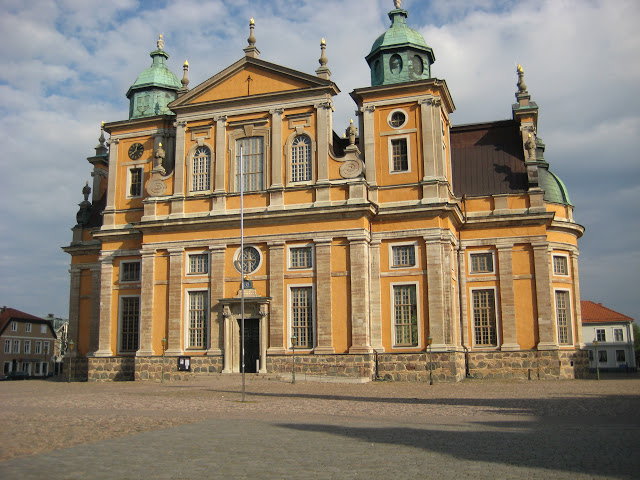 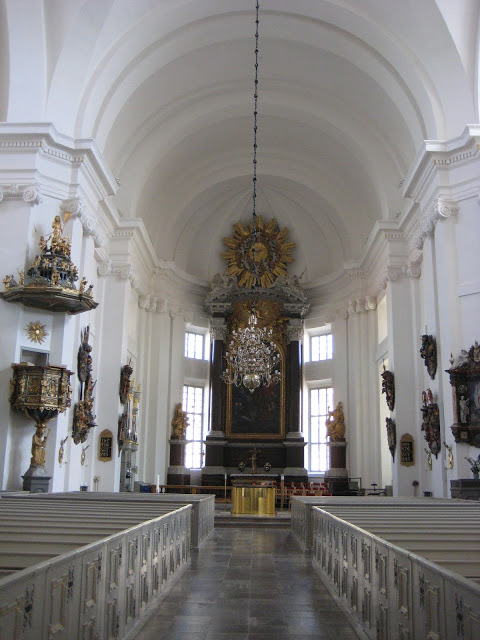 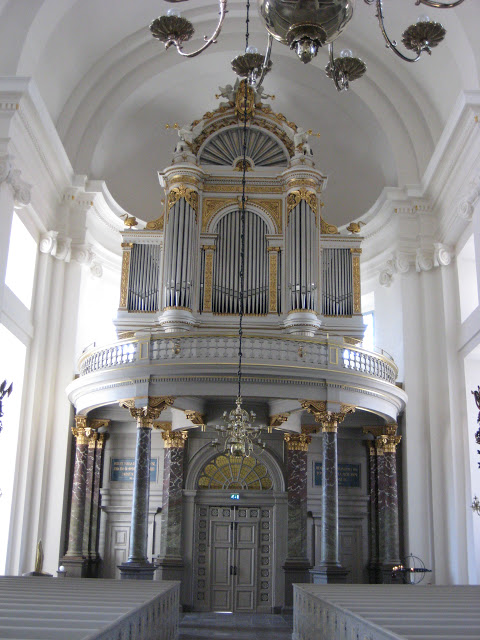 I’d never heard of Kalmar before I started planning this trip, but I loved being there, and I’m so glad I included it on my itinerary.