In most of my travels, I don’t think I’ve stayed longer than three or four nights in one place. And that has always suited me well. Three nights has sometimes left me wishing for one more, but I remember feeling, after four nights in Stockholm in 2012, that I was ready to move on, even though I loved Stockholm and didn’t see everything I would have liked to see.

So yesterday, my fifth day in New York, was a bit of a test for me. It was a beautiful day, so I started out with a walk on the High Line. This elevated park, which starts a few blocks away from my hotel and runs north, mostly along 10th Avenue as far as 34th Street, started as a way to get freight trains off of street level. The trains used it from 1934 until 1980. Then it was abandoned, and there were plans for demolition, but neighborhood groups pushed for its preservation and transformation. The first section was opened in 2009, and based on my experience walking it yesterday (the entire length in both directions), it’s very popular with tourists and residents alike, and with good reason. It’s a beautiful designed public space, incorporating remnants of the train tracks with native plants, in many cases self-seeded among the ties, and various works of two- and three-dimensional art. 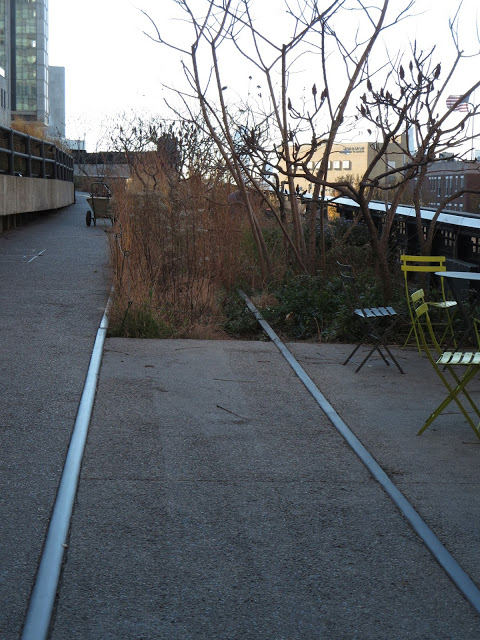 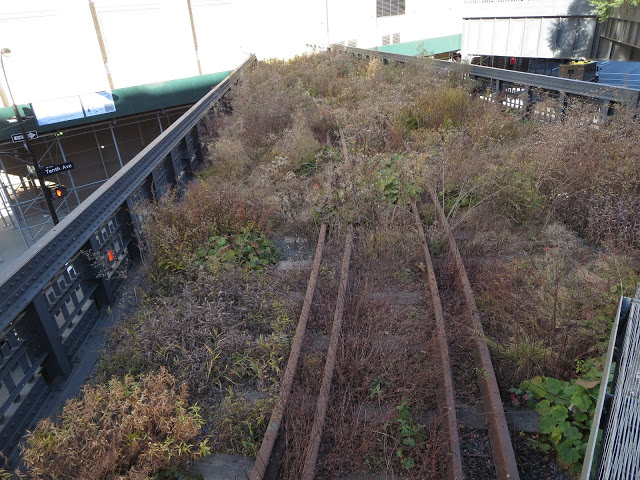 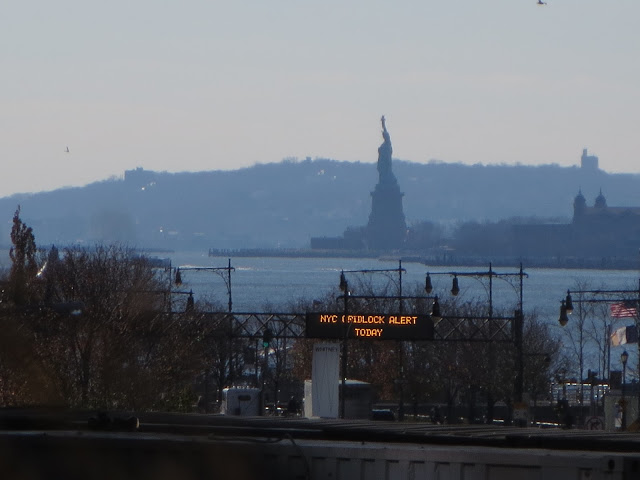 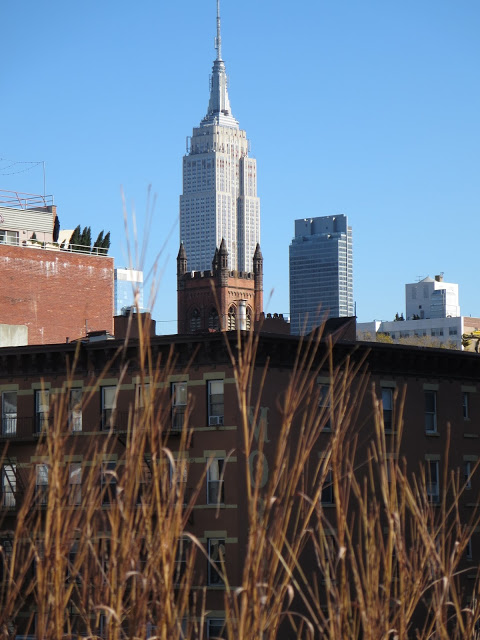 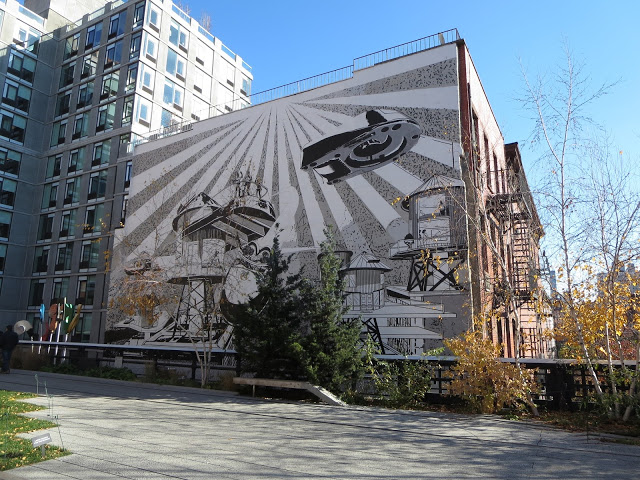 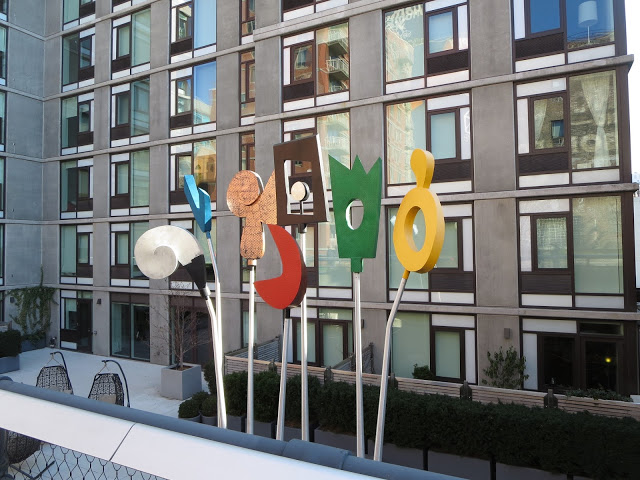 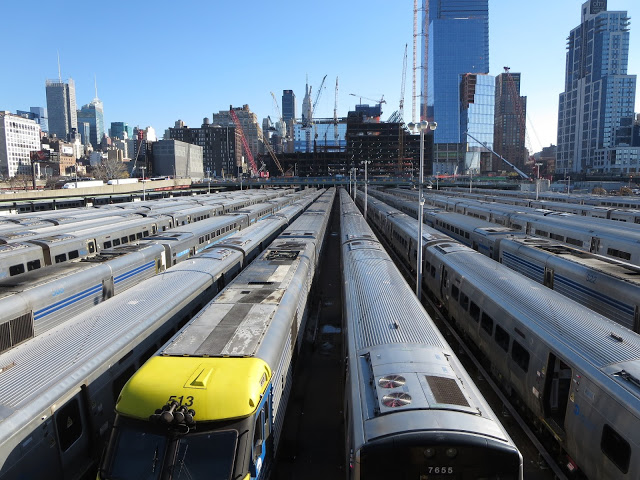 By the time I finished my walk I was ready for lunch, and I wanted to check out the Spotted Pig, a very popular gastropub that is renowned for having one of the best burgers in the city. I had to wait 45 minutes just to get a seat at the bar, and here’s where I started to fail the test. Usually sitting at the bar is a good way to engage with others, but I had people in groups on both sides of me who were completely immersed in conversations. The woman sitting next to me was talking to two guys she’d just met, and I overheard her mention she was from Seattle, so I said so am I, and we chatted about that for about a minute before I was excluded from the conversation. So I ate (it truly was a great burger) and left, wandered around the West Village a while longer, and came back to my room to take a nap. I was ready to take a break from the city. 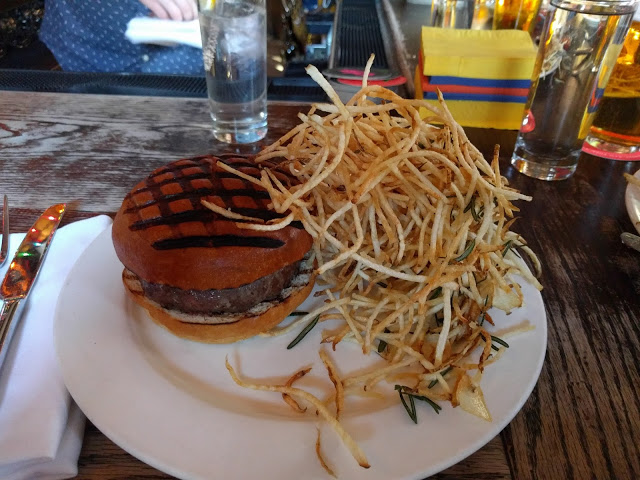 New York is an extraordinary place. So many people, so much happening all around, but the same things that make it attractive also make it exhausting. I love it here and I don’t want to leave, but I am tired.

Just as I was getting close to my hotel after my walk yesterday, I was waiting to cross the street when a guy walking two dogs came up beside me. I petted the dogs (well they insisted), and we struck up a brief conversation that only lasted until the light changed, but which refreshed my spirit a bit. Friendly people are always a welcome respite in a cold, anonymous city.

I had a nice surprise when I heard from my high school friend Joe that he, his wife, and their eldest daughter were coming into the city to see The Curious Incident of the Dog in the Night-Time, the same play I was seeing. We only had time to reconnoiter briefly in front of the theatre before and again after the show, but that was great. I’d previously met Joe’s wife Eileen at our 30th high school reunion back in 2003, and she’s like an old friend too! 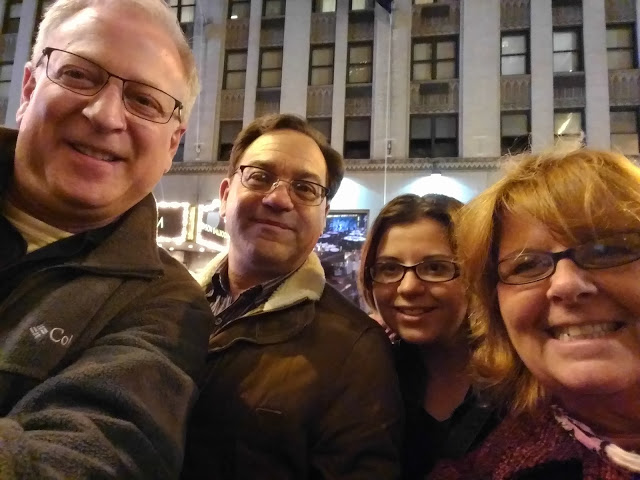 The play was astonishingly good. I read the book a few years ago, and the way it came to life on stage was unlike anything I’ve ever seen in the theatre. I don’t even know how to describe it, but in the end I was moved and overjoyed.This morning I have to pack, but my flight isn’t until this evening. I’m meeting my former personal trainer, who moved to New York a few months ago, for lunch at Katz’s, so I will meander around the East Village on my way down there.

And then… well, back to Seattle, another great city that, when I walk around downtown, I will never again be frustrated by the crowds of pedestrians and traffic.