A few observations about New York after my first full day:

Before I talk about my day yesterday, I have to describe my “theatre” experience from Sunday night. The play, if you can call it that, was called Then She Fell. The audience (just 15 of us) gathered outside the front door until they invited us in, just a few at a time. There were no tickets; they had our names on a list and checked us off as we entered. We were first brought to a room together where we were given an “elixir” and a set of keys with which we were told to explore the room. There were locked boxes, files, cabinets, and such, filled with photos, letters, and medical records for various patients in this facility. From there, we were taken around in small groups; I started off in a group of five, but over the course of the next few hours I was occasionally separated from the group and recombined with some of them. Among the experiences: watching performers interact with each other in dance-like activities; exploring other rooms; watching scenes through two-way mirrors; taking dictation; lying down on a bed and listening to a bedtime story; playing a hand of poker which I won with a royal flush; drinking several other beverages; being handed an armload of fabric; trying on a hat. By the end, when I was alone in a room with one of the performers and she began asking me personal questions (are you in love? have you ever been? have you ever told someone you didn’t love them when you really thought maybe you did?) I was so drawn in that I couldn’t help but answer honestly.

I’m not sure I know what any of it meant, but I didn’t want it to end, even though it started at 10:30. Finally they brought us back to the starting room and thanked us for coming, and it was over. I have no idea how others’ experiences were similar to or different from mine. I think it may have been the most interesting theater experience I’ve ever had. By the time I got back to my hotel, at 1 a.m., I was to exhilarated to sleep, and when I did fall asleep I dreamed about it all night long.

It is possible that the whole thing was an elaborate joke and I was the butt of it.

Yesterday was jam packed. It was a beautiful day, chilly but sunny, so I decided to take advantage and do some outdoor exploring. I rode the subway down to the southern tip of Manhattan and wandered around Battery Park. 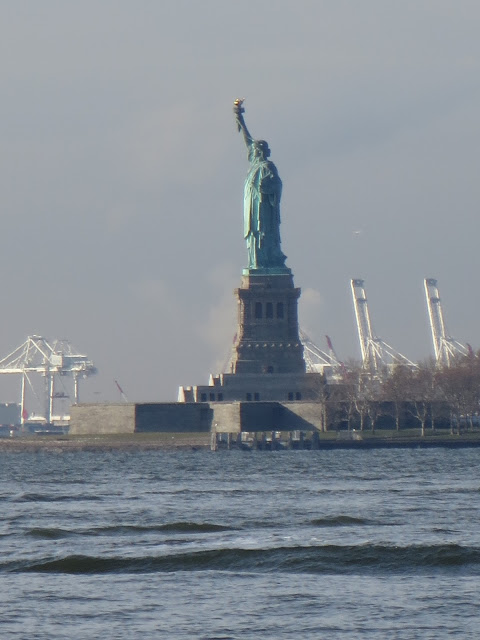 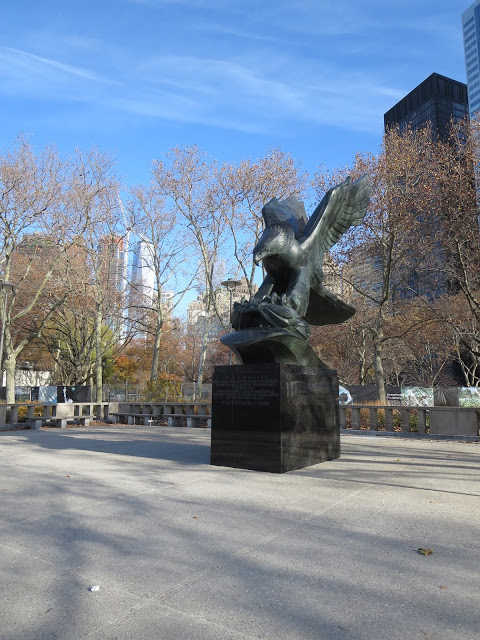 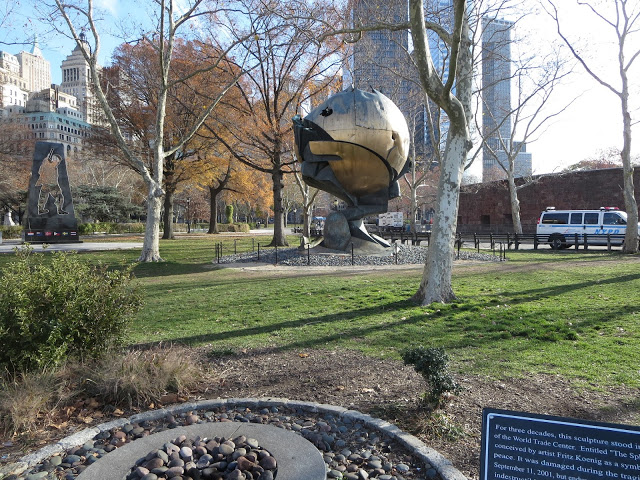 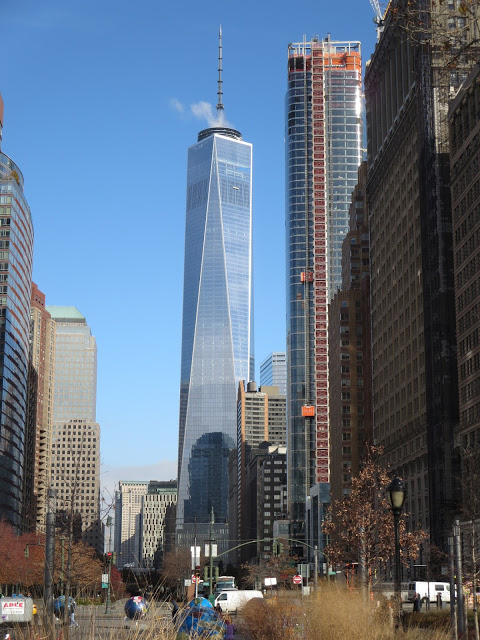 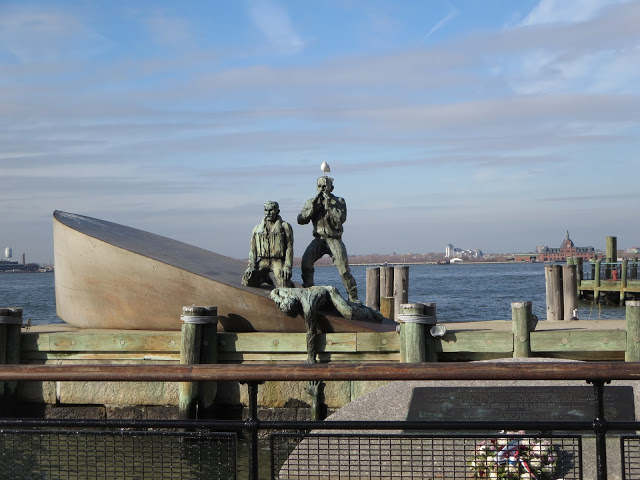 From there I walked to Trinity Church, where Alexander Hamilton and his wife are buried, and then down Wall Street and through the financial district. 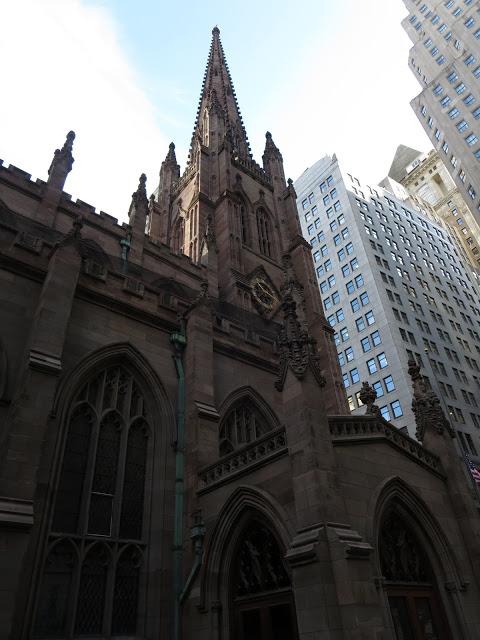 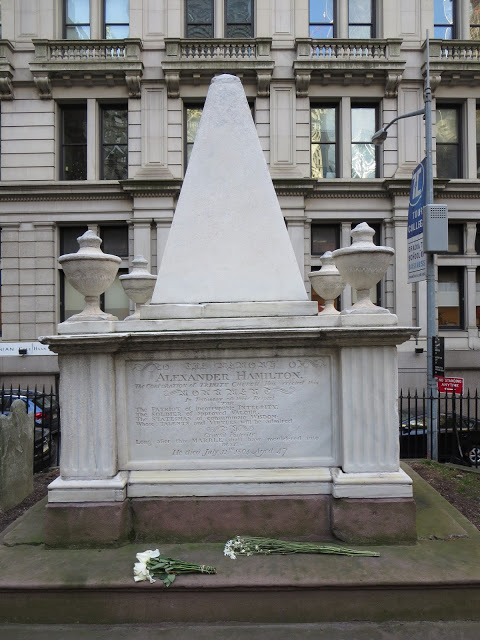 Then I made my way to the World Trade Center and the 9/11 Memorial.

I had plans to meet some old high school friends for lunch at 1:00 on the Upper East Side, so I took the subway to 72nd Street and walked across Central Park. 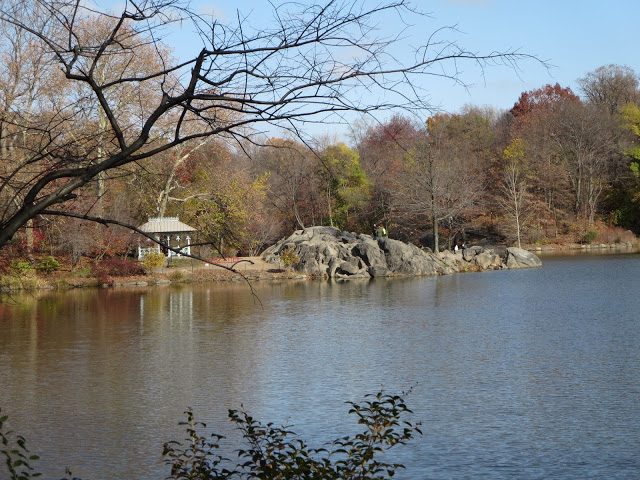 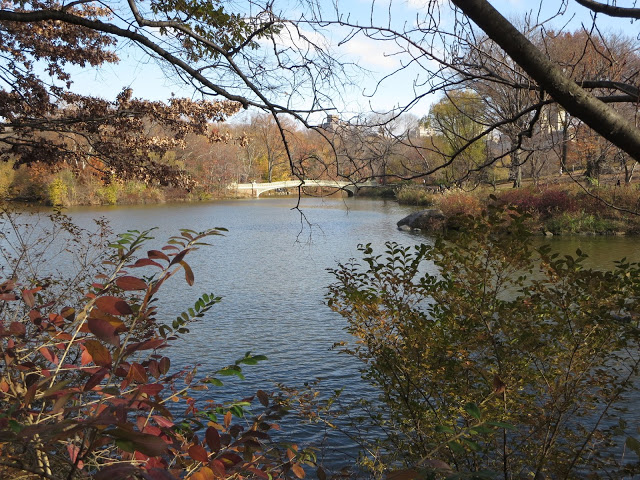 After a long lunch and visit with my friends Sherry and Michele, we returned Sherry to her apartment, and Michele and I walked down to Grand Central Station, where she caught a train home to New Rochelle. Then I made my way across town to the theater where I saw Avenue Q. 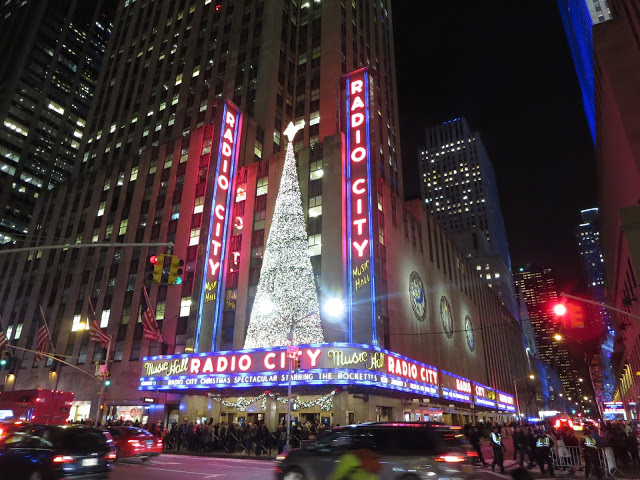 Avenue Q was amusing and enjoyable, but I can’t say I loved it.

Today it’s raining, so it will be a museum day. I have a ticket to the Picasso exhibit at MoMA this afternoon, and I may hit up the Whitney or the Frick. I will also take it slower; after all the walking today, I’m exhausted.