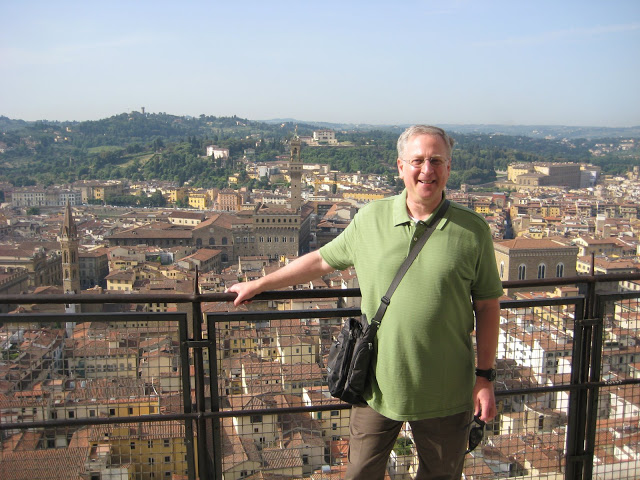 One last post from Firenze. It remains hot and sunny, and I am glad to have the respite of my air conditioned B&B in a very convenient location.

Iàve been to more things than I can remember. I have been writing down highlights in my journal, so Iàll be able to share details later. The highlights in Firenze have been these:

One of the other works I was looking forward to seeing, Donatelloàs David at the Bargello, is on loan to a museum in Milan.

This morning I took a city bus to the nearby town of Fiesole, because (1) itàs supposed to be cooler and breezy up there, and (2) the views back down were reputedly great. I had to settle for one out of two–it was just as hot there.

This afternoon at 16.15 I see the Uffizi, and between now and then Iàll check a few other places. Even with two-and-a-half days, thereàs just not time or energy to see everything, especially in the heat. Maybe Lucca will be cooler. If not, at least thereàs not as much to see there, so I might just spend my two days there being lazy.