I’ve been home a few days now, unpacking, organizing photos, resuming my regular life, and thinking about how to sum up the trip.

The drive home offered a few nice views.  Rather than drive west to Portland and then up I‑5, I decided to head east a ways, then north through the Yakima Valley until I picked up I‑90 at Ellensburg.  The last time I drove that stretch of I‑90 was the day I moved to Seattle, July 12, 1998.

But before I turned north, I had to take one look back. 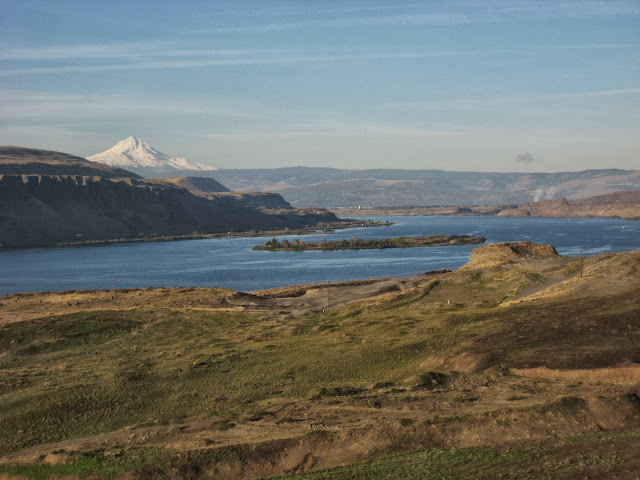 When I got back to Seattle, I was confronted with a nasty traffic jam, and it took me almost an hour to go the last five miles.

Total miles for the trip: 2469, and I spent right about $250 on gasoline, so just about ten cents per mile.

As road trips go, I would have to call this a great success.  I saw so much that was so beautiful and interesting, I had a nice break for culture in the middle, I didn’t have any accidents, didn’t lose anything or forget anything anywhere, and I really did enjoy myself every day, even, in the end, the day I was feeling peevish.

I took way too many photos, but I managed to pare down my online album to the best 465.  I broke them up into two Google web albums:

And now, serious planning is underway for the next vacation.  But more about that later.