I was trying to pick a representative photo for the “featured image” of this post, and I settled on the Palace of Science and Culture, perhaps the ugliest building I’ve ever see. Built in the early 1950s, it is considered a harsh reminder of the Soviet occupation of Poland and an affront to the validity of the Polish state. There have been calls to demolish it since the Berlin Wall came down.

In my short visit to Warsaw, I got a real sense of how much the city has gone through in the last hundred years. I also learned about some of its earlier history. There was no theme, no consistency, to my last day and a half in Warsaw. So it’s hard to come up with something to say to tie it all together.

I visited the Royal Castle, whose history goes back to the 13th century. As it currently exists, it dates from the 18th century, although it was almost completely destroyed by the Nazis in 1944. It was rebuilt in the 1970s. Fortunately, just after the war started, most all the valuable contents of the castle were moved into storage, and it has all been restored in the rebuilt castle. 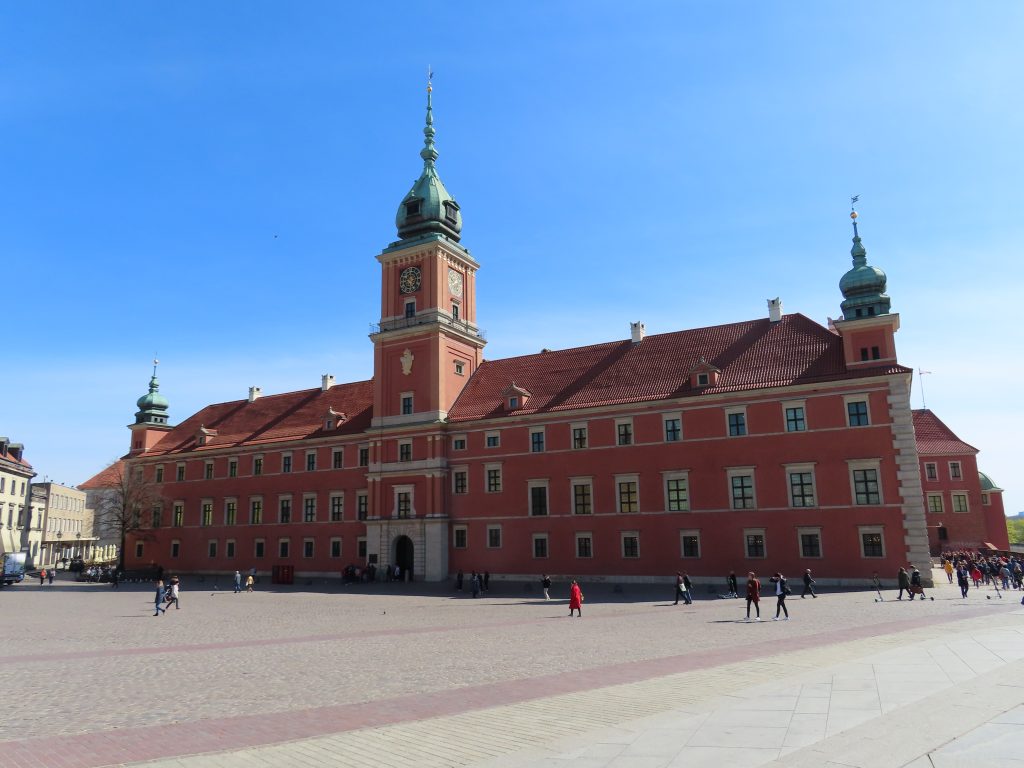 It’s a nice castle, with some very elegant spaces. But it was also mobbed with big groups of schoolchildren. 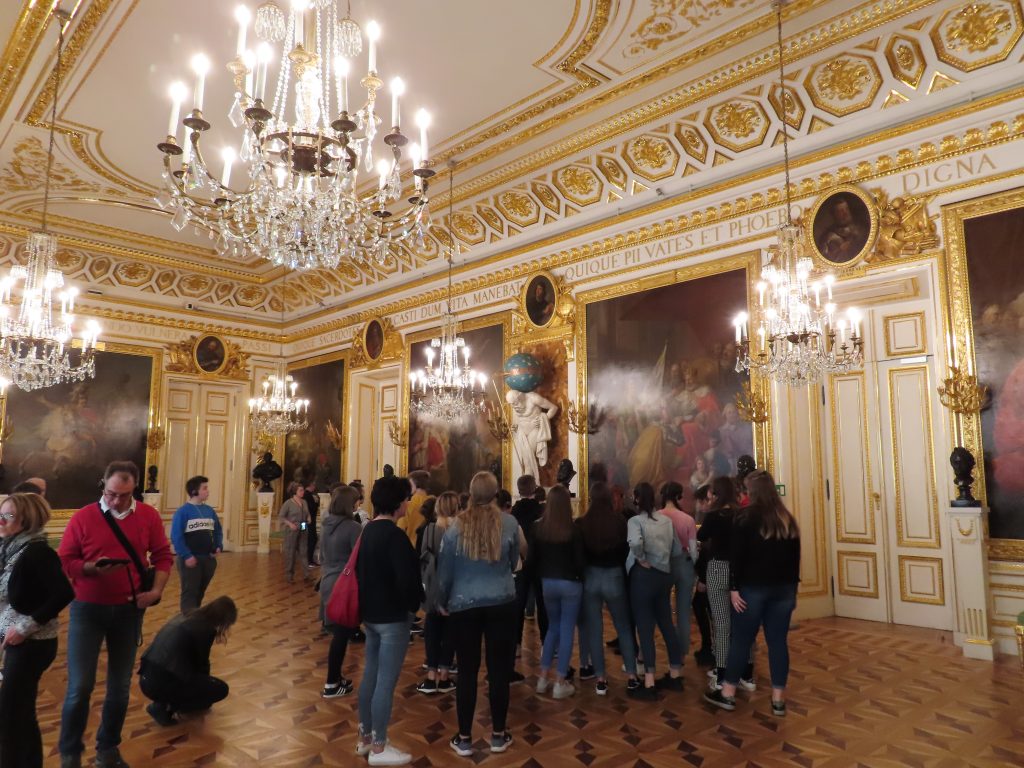 After visiting the castle I wandered around the old town and the new town. The new town is only slightly less old than the old town. They’re both pretty much medieval. Again, they were all destroyed by Nazis and rebuilt since the war.

After a lunch of pierogies and borscht, I stopped in the Museum of Warsaw to watch a film recommended by Rick Steves in his guidebook. The film shows original footage of life in Warsaw from the post World War I period (when Warsaw was dubbed the Paris of Central Europe), World War II, when the city was almost completely destroyed, the rebuilding era (also the Communist era), and the present day. It was good. But sitting there in the dark, I started nodding off, and I realized I would need a nap before going to the opera.

After the movie I started walking back toward my hotel, and it started raining. I called an Uber but canceled it after waiting ten minutes and walked back in the rain, took my nap, and walked back to the opera house. (By then the rain had stopped.)

The opera, Billy Budd, was superbly sung, and the production was first rate, and the opera house is beautiful, especially on the outside. I highly recommend going to opera when you visit Europe. This was my third on this trip (not counting the stupid marionette opera in Prague) and all three were excellent.

This morning I visited the only synagogue in Warsaw to survive World War II.

I also checked out that hideous Palace of Science and Culture. And I went to the Chopin Museum, which was mostly disappointing but did have an excellent listening room where you could select music and read information about the genre (Waltz, Mazurka, Scherzo, Ballade, Nocturne, etc.). Then I made my way to the train station and rode the train to Krakow, about 2 1/2 hours. I have four night here, and a number of things planned. I’ll be back to share about it.

One observation: Polish drivers are obsessively polite about stopping for pedestrians in, or even approaching, a crosswalk. Very different from Berlin, where it was basically a race to see who could get through the crosswalk first.