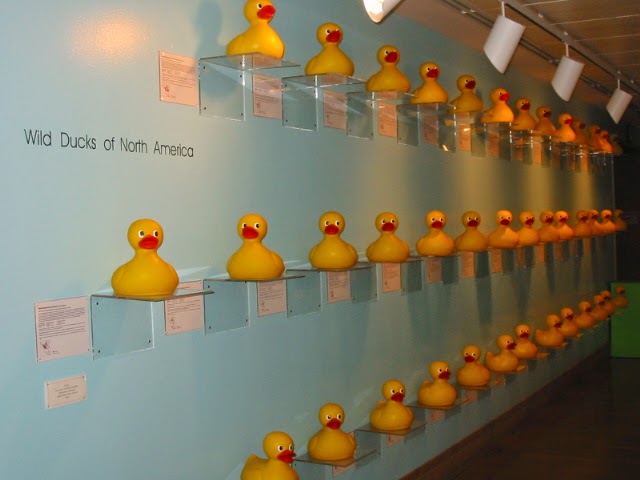 The country itself … it’s grand. It’s so damn grand.… It’s like trying to paint Niagara Falls or a brilliant sunset or the Grand Canyon or some other visual aspect of nature which can only be described by people who have lived in it, have soaked it up, have been in that environment long enough to assimilate and understand it.… It is very hard to look at something with your mouth open and at the same time try to think in technical terms: how do you control this image, how do you present it? How do you compose it so that it is the most effective? 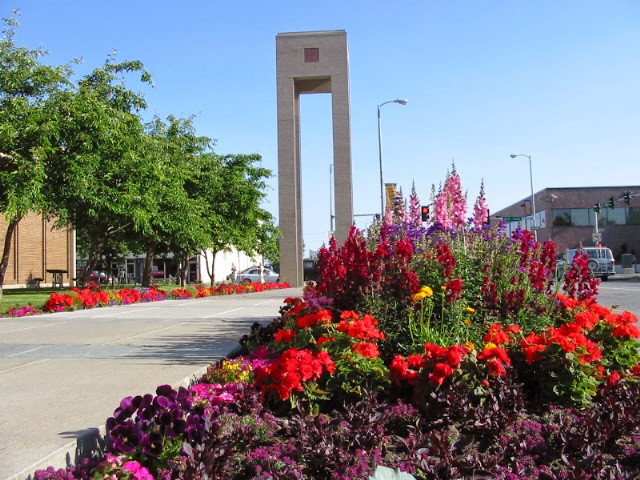 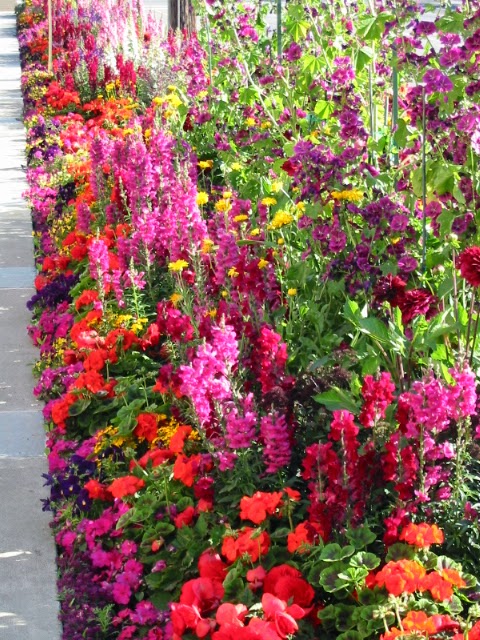 I’m sitting in a gallery of Alaska landscapes in the Anchorage Museum. It’s truly overwhelming, having seen some of these places first hand, to see how artists have attempted to express them on canvas. The variety of techniques is astounding, and yet each, in its own way, captures an essence of this beautiful place. 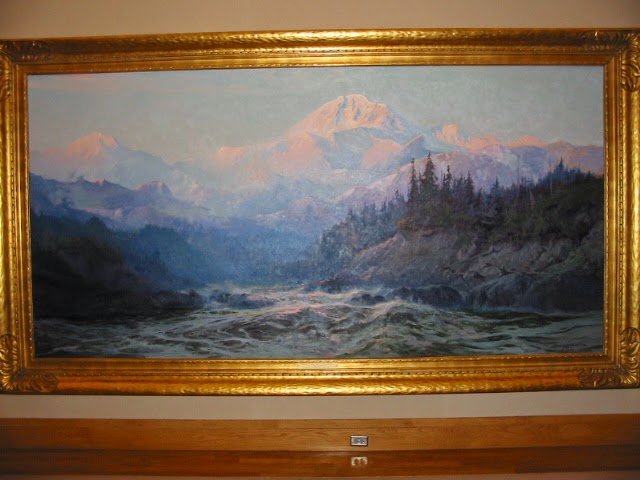 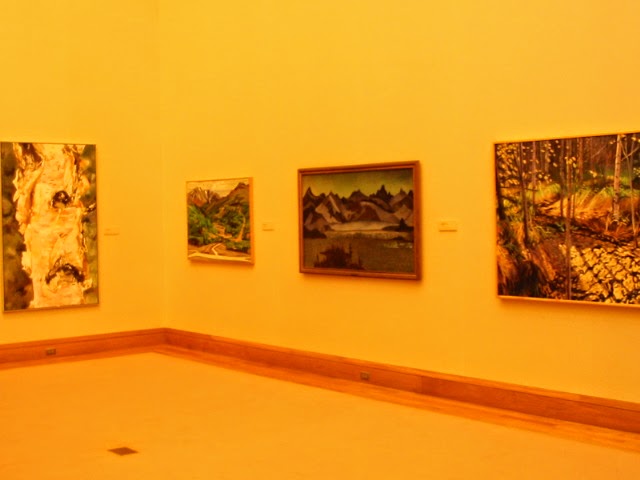 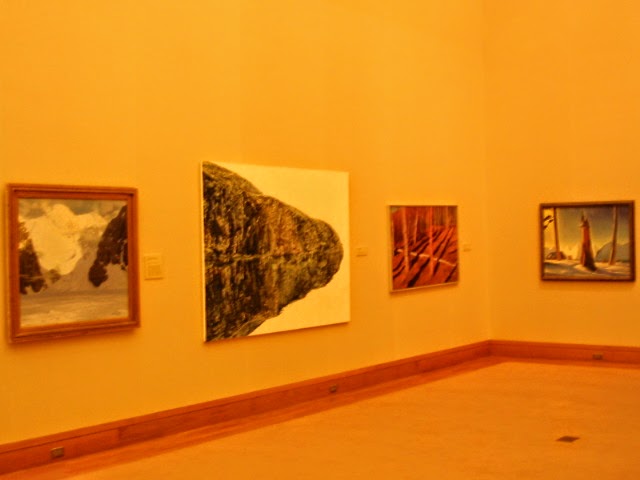 I’m at Humpy’s. This is where people told me to come for good halibut and local color with local people, no tourists.

The museum took a good two hours and was really great, though no part of it was as powerful for me as that big room with the Alaska landscapes (with the possible exception of the exhibit of wild ducks).

Then I stopped in the 5th Avenue Mall, a downtown mall with Nordstrom, JCPenney, a few local stores, and a lot of chains. And then I came here. It’s a really bustling place, filled with locals, and probably a small share of tourists. I ordered a halibut burger, blackened, “Bill’s Way”–with cheddar, tartar sauce, salsa, grilled onions, and grilled peppers. It’s huge and delicious, and the fries are great, crispy brown, thick and meaty.

I guess I still have time for The Alaska Experience before I head back to K Street to get my cab to the airport at 3:00.

Everything on this vacation has gone so smoothly, and I haven’t had any health problems (though my back hurts today). For each of my vacations in Europe I had some kind of malady–eye problems, back problems, foot pain in Paris that made it hard to walk. I’m getting nervous about going home tonight and finding some kind of disaster. It’s just all worked out too well. Maybe the cab won’t pick me up, or my flight will be canceled–something to eliminate the jinx. My current back pain isn’t bad enough.

I decided against The Alaska Experience, a big movie thing that seemed overpriced. Instead, I walked a few blocks to Elderberry Park. If I’ve got my Alaska geography down, I’m looking west at Cook Inlet, and to the north is Knik Arm; directly ahead of me is a wide stretch of mud flats. 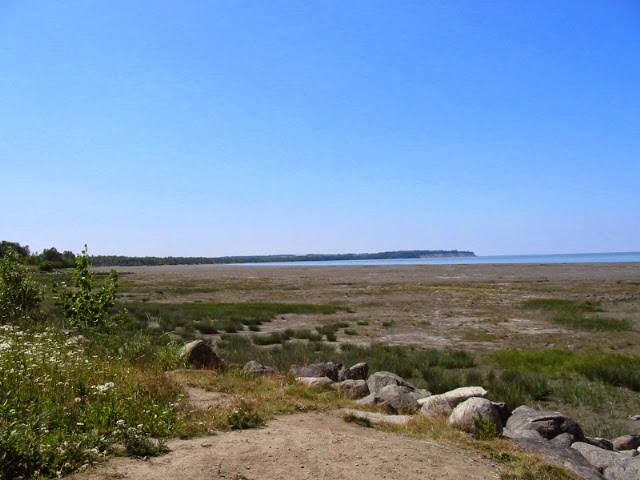 Oh, and here are two other things I’ve learned:

A strange thing happened while I was walking back to K Street. I heard a loud squawking coming from a tree as I passed under it, then two gulls started flying overhead, yelling at me angrily and swooping down near me. Soon I saw why: 2 chicks came walking out from under a shrub. I stopped to look and take a picture, but I was afraid the gulls would attack me, so I walked away quickly. They continued to harrass me until I was well away from the area. 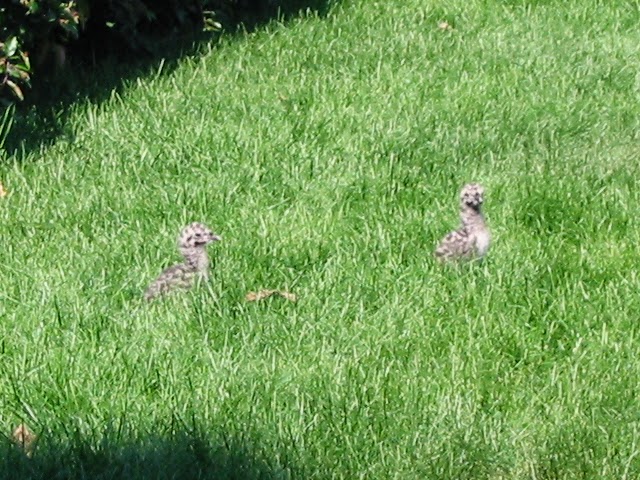