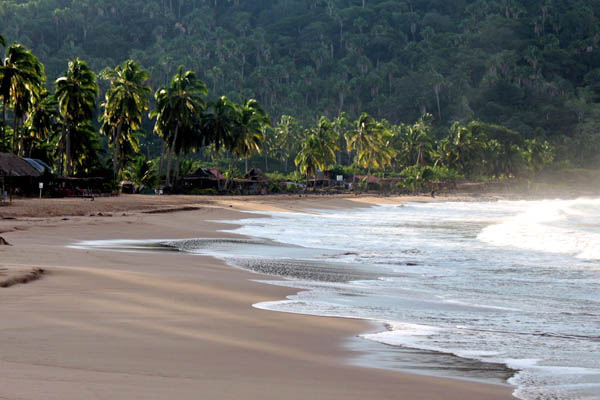 Since the pandemic, I’ve had to postpone or cancel some plans for overseas travel. But I’m trying to make up for it by seeing Mexico. Already this year I’ve been to on a road trip to the states of Zacatecas and Aguascalientes, and on tours to Guanajuato and Copper Canyon. And now I’m getting ready to leave on one more road trip: to the state of Nayarit, on the Pacific coast

Nayarit is one of the smaller states in Mexico. You can find it, colored blue, on this map of Mexico from ontheworldmap.com.

Many of the beaches of Nayarit are popular with tourists. The so-called “Riviera Nayarit” is a 200-mile stretch of coastline filled with beach resorts. On our six-night adventure we’ll be staying three nights at the beach and three nights inland.

All road trips are an adventure, but this road trip to Nayarit is an adventure in an additional sense: it’s my first time traveling with my boyfriend, Luis.

As this is a travel blog and not a gossip column or tell-all memoir, it is not the place to write about Luis, how we met, or anything else super-personal. I’ll just say I’m very excited to be sharing this adventure with him and taking this opportunity for us to bring our relationship to the next level.

Also, we’re not taking Taco with us. She will stay home with my next-door neighbor.

As I mentioned, we’re spending six nights on the road. Here’s a map of our route.

We won’t actually get to Nayarit on the first day of our road trip to Nayarit. Our first day is all Jalisco. And since no road trip I take in Mexico is complete if I don’t hit up as many Pueblos Mágicos as possible, on this first day we’ll see no less than three of them.

…is our first stop, about 220 km west. It’s not highway driving, so it will probably take about 3 1/2 or 4 hours. Talpa, a Pueblo Mágico since 2015, is the final stop on a 117-km pilgrimage route followed by two million people every year, and our drive overlaps that route. Talpa itself has a number of religious sites, including the Basilica of Nuestra Señora del Rosario, an 18th-century church. Inside the church is the Virgin of the Rosary of Talpa, which came to this town in 1585. In addition to the many other churches, a number of historical buildings line the central plaza. I’m sure it’s not worth more than a short visit. The town is surrounded by forests of pine and maple trees, so maybe a short hike will be possible.

…is our next stop. About a half hour drive from Talpa, Mascota has been a Pueblo Mágico since 2015. The top attractions here are a colorful main plaza and Presa Corrinchis, a lake formed by a dam on the Mascota River about ten minutes outside town.

…is where we will spend our first night. The drive from Mascota should be a little over an hour. A Pueblo Mágico since 2011, San Sebastián is a former mining town nestled in the Sierra Madre Occidental. There seem to be a lot of historic sights in the town, so I’m glad we’re spending the night there. A small 18th-century church, Parroquia de San Sebastián Martír, sits alongside the town’s main plaza, and the streets are lined with bougainvillea.

In addition to the town itself, the can’t-miss experience seems to be to go up to Cerro de la Bufa, a viewpoint with spectacular scenery.

We are spending our second night in Sayulita, a beach resort town in Nayarit and a Pueblo Mágico since 2015. It’ll take us about an hour to get there from San Sebastián, so we should be able to spend the morning at Cerro de la Bufa before heading to the ocean.

Everything I’ve read suggests that this is a typical upscale beach resort. In addition to the beach itself, there are lots of fine restaurants, art galleries, and shops, so I’m sure we won’t be bored. (I get bored easily just lying on the beach.)

Chacala is a short drive, about 45 minutes up the coast from Sayulita. We’re hoping it will be more laid-back than Sayulita. The beach here is set in a small cove (see the photo at the top of this post). We’ll spend two nights here, though we may drive further up the coast if we get tired of just enjoying a quiet paradise.

We are spending our last two nights at a crater lake outside the town of Santa María del Oro. On our way there, we will stop in Compostela de Indias. Just a short drive, a little more than a half hour from Chacala, Compostela has been a Pueblo Mágico since 2018. Adjacent to the main plaza is the Parroquia de Santiago Apóstol, a colonial-era church. A short drive outside the town is the Ex Hacienda de Miravalles, a major country estate in the 17th and 18th centuries.

From Compostela it’s an hour drive to Laguna de Santa María del Oro, the lake where we will spend our last two nights. The lake is about 10 twisty kilometers outside the town of Santa María del Oro, and is a crater lake with swimming and hiking and, best of all, relaxing.

From the lake, the drive home should take less than three hours. But there’s one final stop, the town of Jala, which has been a Pueblo Mágico since 2012. As in most towns, there are a number of historic buildings and picturesque churches. And there’s a waterfall supposedly worth seeing nearby. But the main attraction is the volcano of Ceboruco, about a half hour outside town. It last erupted in 1870 but is still active. I hope we will have time to do some hiking at the volcano before the drive home.

I’m excited to be adding six new Pueblos Mágicos to my collection, which you can find here. And I’m excited to be making this road trip to Nayarit with someone special. I’ll blog as I go if time allows.