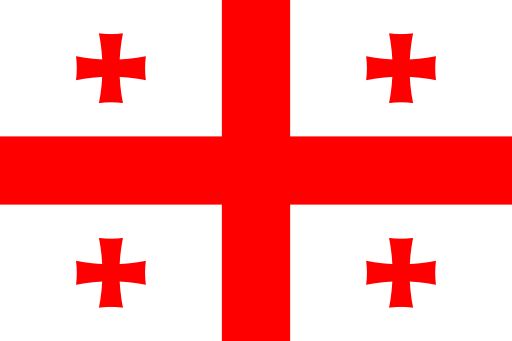 I left off on Day 20 of my upcoming five-week adventure to Turkey and the Caucasus. I was traveling across the border from Azerbaijan to Georgia, so I’ll pick it up from there.

I’m spending a total of eleven nights in Georgia, and that’s a lot to cover. So this post is about the first five days. I’ll do a part two soon.

But first, a little about Georgia…

Like its neighbors in the South Caucasus, the area that is now Georgia spent much of its history under conquest. But it did have several periods of stability. Between the 11th and 13th centuries, the Kingdom of Georgia experienced a Golden Age, a Renaissance that preceded Europe’s by three centuries. A legacy of great art, poetry, literature, and architecture, including many great cathedrals, came out of Georgia’s Golden Age. Ushered in at the end of the 11th century by King David IV, also known as David the Builder, it reached its peak under his great-granddaughter, Tamar, who reigned from 1184 to 1213.

At the time of Tamar’s death the Georgian Empire included most of the South Caucasus and parts of eastern Turkey and northern Iran. But soon thereafter, Mongols invaded, and although the Kingdom was eventually restored, it collapsed into anarchy in the mid-15th century. Ottoman and Iranian invasions brought about further weakening of local kingdoms and principalities.

Russia entered the picture in the late 18th century, establishing a protectorate in what is now eastern Georgia. Then in 1801 Russia incorporated Georgia into the Russian empire. Russian rule became increasingly heavy-handed, and in the late 19th century Georgia began to experience a national revival. In 1917, with the demise of tsarist Russia, Georgia briefly joined with Azerbaijan and Armenia and formed the Transcaucasian Democratic Federative Republic, but this federation soon broke up, and Georgia declared independence on May 26, 1918.

In February 1921 the Red Army invaded Georgia, and the following year Georgia became a Soviet Socialist Republic. Joseph Stalin, an ethnic Georgian, became Soviet Premier in 1922, serving until his death in 1953.

As the Soviet Union broke up, Georgia declared independence in 1991. But a coup at the end of that year led to a civil war that lasted until 1994. Separatists in South Ossetia and Abkhazia eventually won de facto independence, backed by Russia. Attempts to westernize and align with Europe caused a serious deterioration in relations with Russia, leading to a brief war in August 2008.

Georgia finds itself at a strange crossroads today, between its authoritarian past and democratic present, between its Orthodox and progressive values, between the EU and Russia, both of which see this small country as an important regional influencer.

Today Georgia is working to be admitted to NATO, and this past March, in the wake of Russia’s aggression in Ukraine, they submitted a formal application to join the European Union. As a whole, the country is socially conservative; the Georgian Orthodox Church wields much power and is represents deeply traditional values. Last year’s Tbilisi Pride celebration was met with violence in which a TV cameraman was killed, and this year’s activities, currently underway as I write, have been moved to private venues.

In 2018 eight million tourists visited Georgia, double the population. I have to hope the increase in visitors from the west will bring about more progressive influences.

Sighnaghi is perhaps Georgia’s single most attractive town, with an amazing position perched on a lofty hilltop facing the snow-capped Caucasus looming in the distance across the vast Alazani valley. Full of 18th- and 19th-century architecture and with a vaguely Tuscan feel, Sighnaghi has undergone a comprehensive renovation program in recent years … as the local population reorients itself towards the tourist dollar. The good news is that despite the tour groups and quad bikes, the town has retained its easy charm…

The drive from Sheki, Azerbaijan, to Sighnaghi, in eastern Georgia, should take about three hours. The itinerary lists no details about stops along the way. I arrive at the Hotel Brigitte, where I spend the night. Nothing else is on the itinerary for today, so I guess I will explore on my own.

Before I head to Tbilisi, there is a walking tour for about 2 1/2 hours. I may ask if we can move this to the previous afternoon.

En route to Tbilisi, I have a stop at the Davit Gareja Monastery. Lonely Planet calls this “one of the most remarkable of Georgia’s historic sites.” There are actually fifteen monasteries in the area, the most fascinating of which is Udabno, a series of chapels cut into caves on the as-yet undemarcated border with Azerbaijan. Sadly the frescoes in these caves, dating from the 10th to 13th centuries, have been poorly maintained and defaced with graffiti. But it still sounds like an interesting place to see.

Georgia’s capital and largest city, Tbilisi was founded in the fifth century and became the region’s capital in the sixth century. Repeatedly sacked, dominated by various foreign empires, and more than once burned to the ground, it remained an important trading center because of its strategic location along the Silk Road. As the center of Georgian culture, it has been at the forefront of political upheaval, continuing in the 21st century. Since 2003 Tbilisi has experienced significant modernization. According to my JayWay itinerary,

Tbilisi’s eternal charms of a dramatic setting in the deep valley of the swift Mtkvari River, picturesque architecture, an ever-lively arts and cultural scene, and the welcoming Georgian lifestyle are still all present but to these have been added a whole new 21st-century dimension of inviting cafes and restaurants serving ever better food, funky bars and clubs, spruced-up museums, galleries, parks, plazas and whole streets, modernised transport and a sprinkling of eye-catching contemporary architecture.

The drive to Tbilisi should take about 3 1/2 hours, plus the time we spend at the monastery. I’ll be dropped off at my hotel, and then I have the rest of the day free.

Today’s agenda consists of a private walking tour of Tbilisi. My guide will take me on a walk through the most interesting places of historic Tbilisi. I’ll get to enjoy panoramic views from the Narikala Fortress, cross the Peace Bridge to see the oldest church and the smallest and most popular clock in town, smell the sulfur springs and wander around colorful, narrow streets of Tbilisi.

Since it’s just a three-hour tour, that will leave me lots of time to explore on my own.

Alternatively, they offer a half-day walking and driving tour that expands on this, so I might opt for that instead.

Today I have a nine-hour excursion to the Kazbegi region in the north part of Georgia. Just outside of Tbilisi we’ll pause at the Jvari Monastery for views over the ancient town of Mtskheta and the bend where the Agvari River flows into the Mtkvari. As we start our asscent into the mountains we’ll stop for a short visit to the 16th-century Ananuri Fortress.

The scenery through the mountains is supposed to be spectacular, and we’ll stop to take it in at Gudauri, Georgia’s top ski resort. We’ll also visit the Russia–Georgia Friendship Monument before descending towards the village of Stepantsminda for lunch.

From there we’ll take some time to explore the mountains ranges for what JayWay describes as unrivaled panoramic views. And then it’s back to Tbilisi.

I originally had only four nights in Tbilisi. But after giving things some consideration, I made a change to my itinerary and added a day in Tbilisi. More about that in the next post. But I’m updating this post to indicate the extra day here. Text I’ve added or changed is highlighted below.

This is a free day. These are two free days.

JayWay offers a number of tours I can opt into. Or I can always plan my own activities.

Here are the JayWay offerings:

The tour on Day 23 includes a stop at Jvari Monastery, overlooking the town of Mtskheta. In this seven-hour tour I would actually visit the town, which was the capital before Tbilisi. There’s a lot of history there, so it’s definitely an excursion worth considering.

This nine-hour tour includes Borjomi National Park and Uplistsikhe cave town, plus a stop in Gori, the birthplace of Joseph Stalin. The national park is in the Lesser Caucasus, so not the same grandeur as the Great Caucasus I’m visiting on Day 23. But it’s still supposed to have beautiful scenery and good hiking trails.

This once enormous cave city sits 10km east of Gori above the north side of the Mtkvari River. Between the 6th century BC and 1st century AD, Uplistsikhe developed into one of the chief political and religious centres of pre-Christian Kartli, with temples dedicated principally to the sun goddess. After the Arabs occupied Tbilisi in AD 645, Uplistsikhe became the residence of the Christian kings of Kartli and an important trade center on a main caravan road from Asia to Europe.

At its peak it housed 20,000 people. Its importance declined after King David the Builder retook Tbilisi in 1122 and it was irrevocably destroyed by the Mongols in 1240. What you visit today is … less than half of the original whole. It’s one of the oldest places of settlement in the Caucasus and almost everything here has been uncovered by archaeologists since 1957.

Kakheti is the region of northeastern Georgia where Signaghi is located, but this nine-hour excursion is to a different area. We’ll pass through the Tsiv-Gombori mountains and into Georgia’s premiere winemaking region. I’ll have a chance to experience the local way of life and delve into its history. To start, we’ll visit a craftsman specializing in kvevri, the giant amphorae-like ceramic vessels used to make traditional Georgian wine. He’ll share stories of his culture and the roots of his techniques. Next is a stop at a village of traditional bread bakers, and the city of Telavi, visiting its fortress. Along the way we’ll stop for some wine tastings as well as lunch, so I’ll be able to sample some local delicacies.

This three-hour tour will give me the opportunity to get introduced to Georgian cuisine. We’ll visit an old tavern where daily dishes are presented on a vitrine, a family dinner, where policemen and bankers stop for a lunch, a pioneer bar dedicated to chacha, a modern restaurant with supply from its own farm and more.

On this five-hour tour, I’ll see what JayWay calls “the Tbilisi-est spots of the Old Town — usually not only Top‑3 Obligatory Sights but the hidden courtyards, houses saved from Sovietization and demolishing, little traditional bakeries and soda nooks… and of course, wine spots!” The tour includes a family-style cooking class and meal.

I had the feeling I should have booked more than four nights in Tbilisi, so I made some changes and added an extra day. All these excursions sound terrific, and even with the extra day, I can’t do them all. Which of them sounds most interesting and appealing to you? Please leave your thoughts in the comments.

Today I have to leave Tbilisi. I’ll have a private transfer to my next destination, with stops along the way. I’ll write about that in Part Two.