Costa Rica has been on my bucket list for years. Everyone I know who’s been there seems to love it. I’ve always been amazed by photos of the abundant wildlife. I love hearing stories of monkeys coming right up to them on the beach or playing in the trees just outside their hotel rooms.

And one of my oldest and dearest friends, Linda Young, has lived there since the early 2000s, and has been pestering me to come visit almost since the beginning.

But I’m not a fan of hot, humid weather. And there always seems to be somewhere else higher up on the bucket list. Then, when POP, where I work, opened an office in San Jose, I thought maybe I’d have an opportunity to go to Costa Rica for work (on the company’s dime), and I could extend my trip to do some sightseeing and exploration on my own.

That opportunity never presented itself, and I finally decided to go for it (on my own dime) in December 2018. When I told Linda I was finally coming, she invited me to stay with her for a few days and then she and her partner, Michael, would join me on an excursion to the Osa Peninsula. They made all those arrangements, and that took care of the second week of my trip.

For the first week, I worked with a travel agency based in Costa Rica, Anywhere, and they did a great job of taking care of all the logistics.

I flew into San Jose and spent the first four nights at a hotel just outside La Fortuna, close to Arenal Volcano. Then I transferred to Monteverde, where I spent three nights. While I was there I visited Mistico Hanging Bridges Park, Rio Fortuna Waterfall, And then I transferred to Dominical. I stayed with Linda for three nights, including a fabulous Christmas dinner with a big group of her expat friends. Then Linda and Michael and I went by car and boat to Drake Bay, where we stayed three nights. I flew from there back to San Jose, where I got picked up at the airport by some of my coworkers in POP’s office there, and hung out with them for the afternoon and evening before they dropped me back at the airport for my flight home.

I wrote about the many activities I enjoyed in the blog posts listed below. 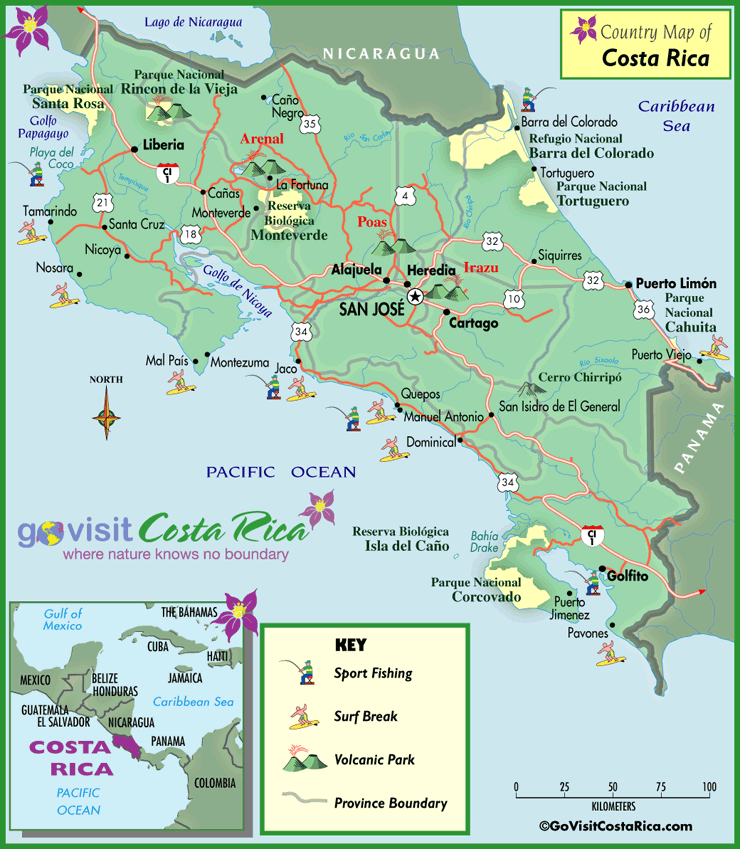 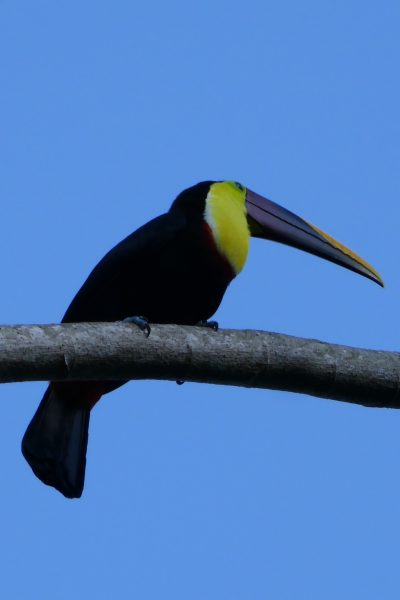 Wildlife (170 items) — All the critters except birds

Birds (96 items) — All the critters except non-birds

Corcovado (59 items) — The stuff we saw at Corcovado National Park

My Costa Rica Itinerary (6/25/2018) - When I finally decide to take a trip, I don’t waste time. I’ve now gone from dreaming of a possible trip to Costa Rica to having made (almost) all my plans! I’m taking two weeks at the end of December… more…

Get ready, Costa Rica, I’m coming soon! (12/2/2018) - Two weeks from today I arrive in Costa Rica for my next big adventure, and my first excursion to Central America. I am planning on blogging daily, or at least most days as long as WiFi is available. But I’m… more…

Pura vida, Part One (12/17/2018) - A ConfessionI have not been looking forward to this trip with the level of enthusiasm that has always accompanied on my prior adventures.There’s so much about this trip that should get my heart racing: seeing exotic birds and animals and… more…

Pura vida, Part Two (12/17/2018) - Wristbands When I checked into my hotel yesterday, I was given a green wristband and told I needed to keep it on for my entire stay. It’s for security, I was told, and for the included breakfast. Most of the… more…

Pura vida, Part Three (12/19/2018) - Some truths about travel I think I gave some of my readers the wrong impression with the last couple of posts. I haven’t been unhappy or disappointed or been looking for reasons to not enjoy myself. But all travel was… more…

Pura vida, Part Five (12/25/2018) - It’s 8 am on Christmas morning, and I’ve seen and done so much since my last post, five days ago, I can’t begin to recap it all. Much as I wish I could write about every experience and all my… more…

Pura vida, Part Six (1/7/2019) - I got home three days ago.I was unable to blog from Drake Bay, so I’m going to have to provide a quick retrospective of the last leg of my journey.Wednesday, December 26We made a mid-morning departure by car to Sierpe.… more…